In the midst of the US elections, SLAM editor emeritus Ryan ‘Farmer’ Jones spoke about the in...

In the midst of the US elections, SLAM editor emeritus Ryan ‘Farmer’ Jones spoke about the influence the NBA and WNBA have had on access to voting stations on Friday’s Off The Ball.

With Joe Biden slightly ahead of Donald Trump in the Pennsylvania poll, Jones spoke from his home in the state about how young black athletes may have influenced the number of voters in key states.

“The conservative argument has been that ‘this is alienating’, and people just want their sports.

“They don’t want to be distracted by this and they don’t want it to be politicised; of course, they only say that if they disagree with them.”

Jones believes that the NBA and WNBA players that have campaigned for greater access to voting stations has majorly impacted the election.

“Of course, I bring it back to Labron [James]… his initiative was a tangible initiative to raise voting access and awareness.

“The Atlanta Hawks coach, Lloyd Pierce, was really active in some on the ground, get up and vote efforts in Atlanta, and a number of other athletes across the country.”

While some still believe that the NBA players returned to the court too early, Jones has seen the effects that their strike in August had on the country.

“This will be debated forever,” Jones said.

“One of the concessions, for lack of a better word, was nearly every NBA owner agreeing to open up their arenas as voting centres.

“In big, predominantly black or very diverse cities, places like Philadelphia, Milwaukee and Atlanta, how much of a difference did it end up making?

“I don’t know if we can say for sure, but I think we have to think it helped.” 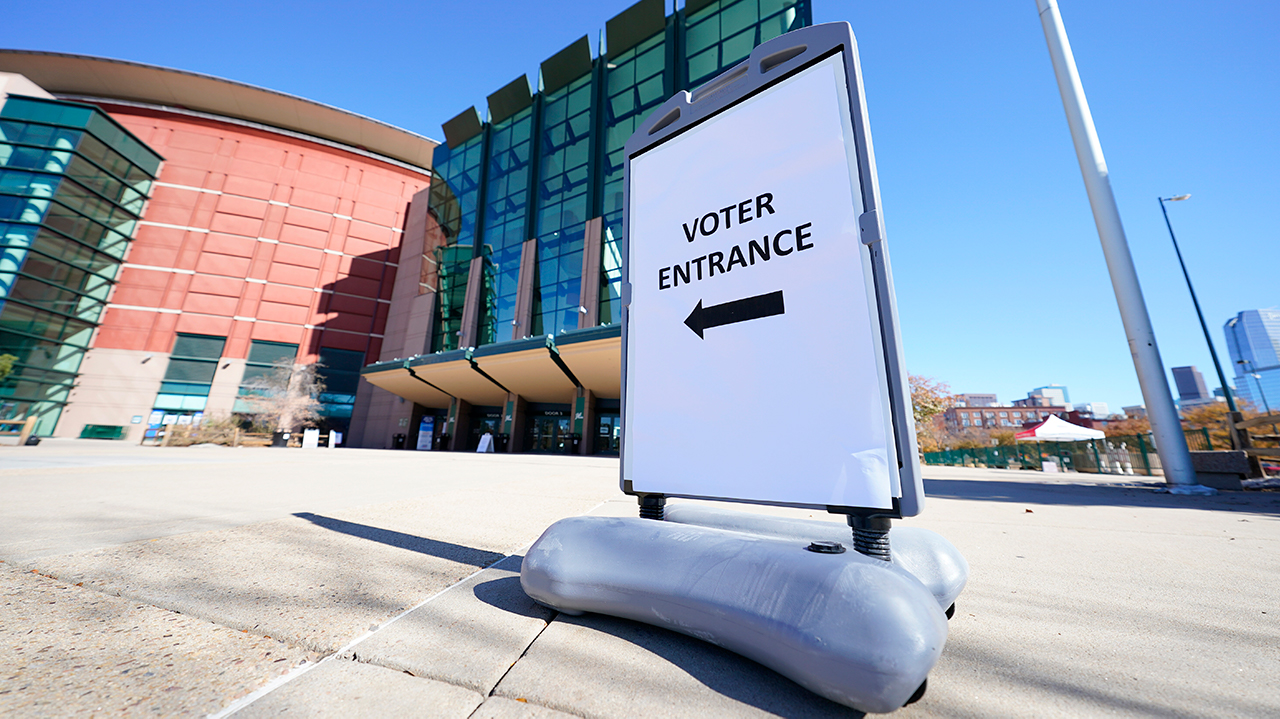 A sign directs voters to cast their ballots in the atrium of Ball Arena, the home of the NBA's Denver Nuggets and the NHL's Colorado Avalanche, Friday, Oct. 30, 2020, in Denver. (AP Photo/David Zalubowski)

NBA athletes will be activists after the elections

Jones thinks that this taste of activism and what many consider a positive change will not stop after the election.

“Maybe it leads to continued activism for a lot of these athletes, particularly the younger ones,” Jones said.

“Their influence is really strong… those guys are really educating themselves on the tangible issues and the tangible actions.

“It is not just, ‘go vote’. They are really figuring out, ‘hey, here’s what we can do to make it easier for people to vote, and to educate them about what they should be voting on.’

“So, I am hopeful about all that and it has been great as an NBA fan to see those men and women take the lead on that.”