Despite falling behind by two sets, Thiem rallied in the latter stages of the match to turn the tie on its head. Having recovered from a difficult start the final set was decided on a tie-break. The final score was 2-6, 4-6, 6-4, 6-3, 7-6.

With the victory, Thiem became the first player in 71 years to come from two sets down to win the US Open. The last player to achieve a similar feat at a Grand Slam was Gaston Gaudio at the French Open in 2004.

Thiem and Zverev, long-time friends, served up a classic and both were gracious following the conclusion of a difficult number of weeks in New York. 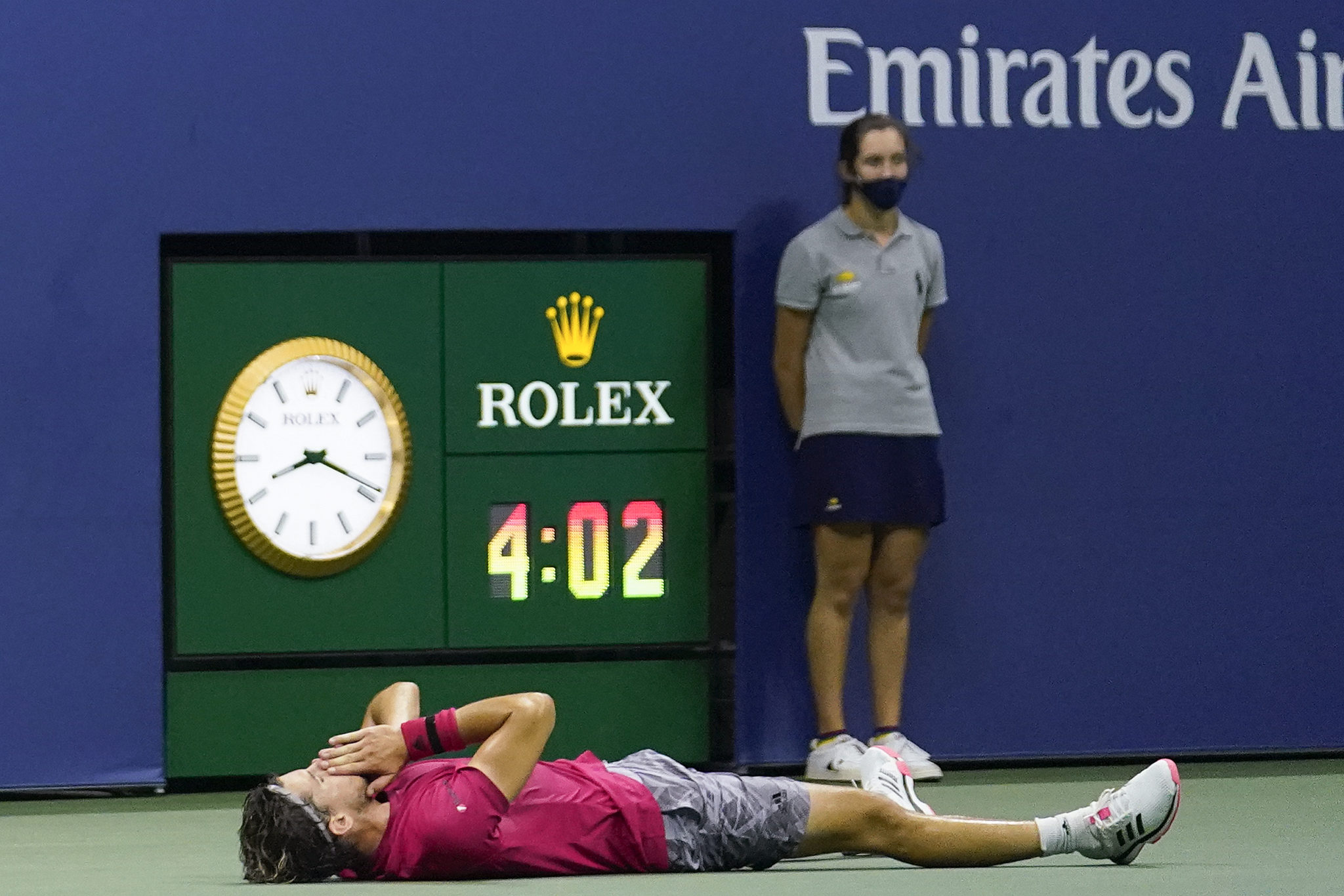 "We started to know each other back in 2014 and developed straight away a great friendship, and 2016 our rivalry started," Thiem said.

"We made great things happen on the court and off the court. I wish we both could have been winners today. We both deserved it. You're going to make it, 100%, make your parents proud."

Zverev started the encounter brightly, serving particularly well. Thiem, who had struggled in the semi-final with an ankle injury seemed like he did not have an answer for the German's power and quickly fell two sets behind.

A five-set loss to Novak Djokovic at the Australian Open in February may have given Thiem confidence that he could rally and he did just that, storming back to take the third set.

During a tense penultimate set, both men had chances to win it and Zverev took a two-game lead before missing two championship points allowing Thiem to once again claw back from the brink.

The Austrian would not be denied and when Zverev skewed a backhand wide, an emotional Thiem broke down having finally got over the line at a major championship. 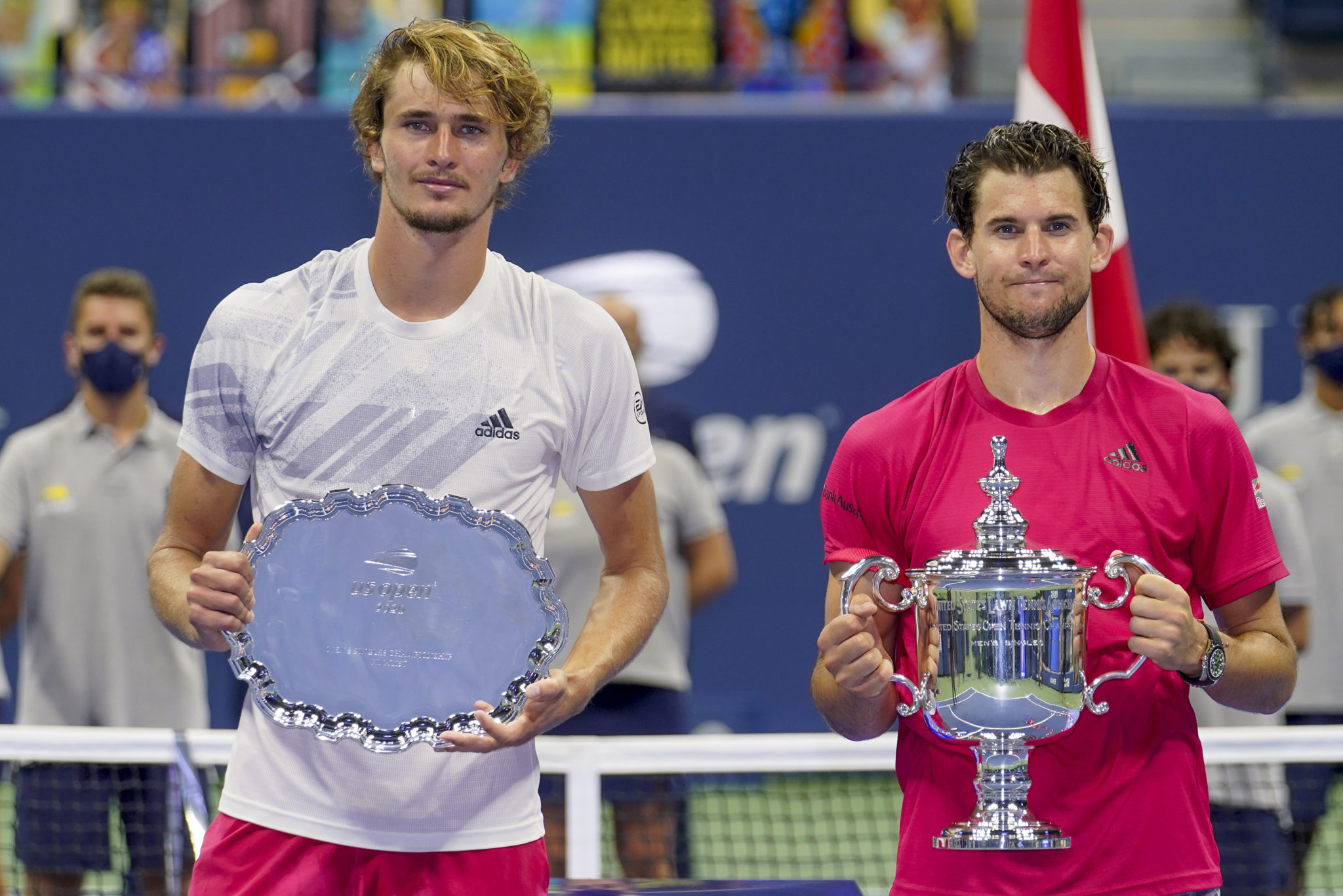 Dominic Thiem, of Austria, right, and Alexander Zverev, of Germany, pose for photos after the men's singles final of the US Open tennis championships, Sunday, Sept. 13, 2020, in New York. Thiem defeated Zverev in a tiebreaker. (AP Photo/Frank Franklin II)

Zverev paid tribute to his opponent, his team and his family after the match had ended.

"I miss them. I'm sure they are sitting at home and are pretty proud even though I lost. I wish one day I can bring the trophy home," he said.

"It was a tough battle and I wish you had missed a little bit more so I could lift that trophy. To my team, the last few years haven't been easy but we are definitely on our way up."

On Saturday, Naomi Osaka also rallied from an early deficit to defeat Victoria Azarenka to win her third Grand Slam title. It was Osaka's second US Open victory, and it was all the more significant because of the principled stance she has taken throughout the tournament.

With the victory, Osaka seems certain for superstardom and has been tipped to become the face of the women's game across the next decade.