Famed boxing promoter Bob Arum has described Daniel Kinahan as an 'intelligent, honest and forthright' individual on Newstalk Breakfast after working alongside him to organise Tyson Fury's proposed heavyweight bout with Anthony Joshua.

Although much remains to be done before any fight is fully figured out, the determination of Tyson Fury to credit the work of Daniel Kinahan in bringing his long-awaited clash with Anthony Joshua this far was striking.

On multiple occasions throughout an Instagram post released by the reigning WBC world heavyweight champion, Fury acknowledged the work of a man who was identified in the Irish High Court in 2018 as a controlling figure of the Kinahan crime gang.

With their links to drugs and weapons smuggling on a global scale, the recent emergence of Kinahan, who has no previous criminal convictions, as a key power-broker in the world of professional boxing has raised questions.

"I really must say," explained famed boxing promoter Bob Arum by way of providing an answer on Newstalk Breakfast, "that not only is he intelligent which everybody had told me before, but he is dead honest, forthright and he's a no-nonsense guy.

"So, you don't waste a lot of time beating around the bush with him. Everything that he has told us and every promise that he has made to us, he has more than fulfilled. We've had a very, very good relationship because we deal honestly and forthrightly with each other.

"If anybody asked me I would say without question that I find him to be an honourable man." 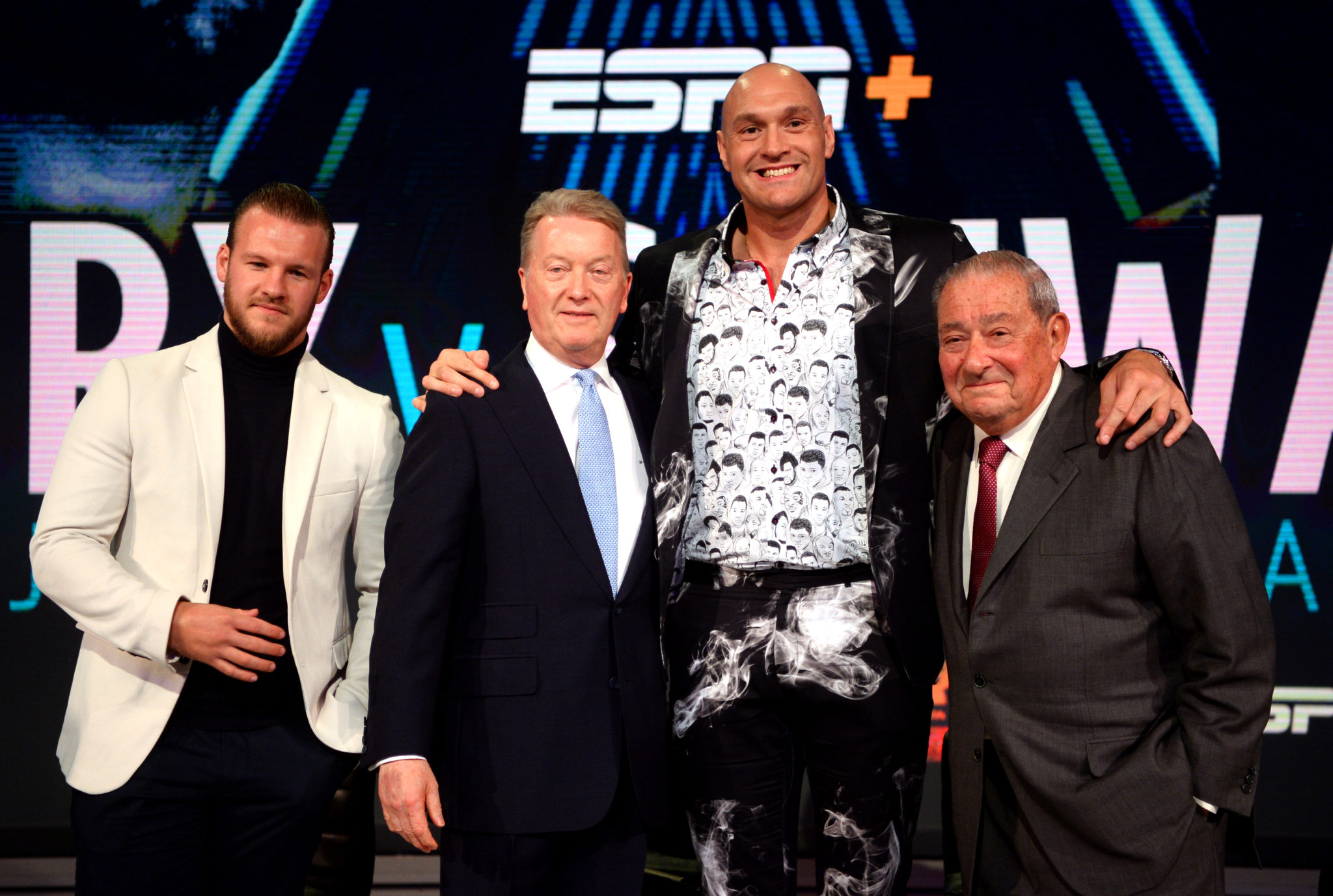 The founder and CEO of Top Rank, a professional boxing promotion company that has worked with the likes of Muhammad Ali, Sugar Ray Leonard and Manny Pacquiao, Arum expanded on the circumstances which have led to him working with Daniel Kinahan.

"Dan has been acting for over a year as our advisor, particularly with Tyson Fury and some other UK fighters," he explained. "He is also Tyson Fury's advisor, so he has been involved I think almost every step of the way regarding Tyson Fury's career."

"A trusted confidante" of Fury's according to Arum, Daniel Kinahan played a reportedly crucial role in bringing the representatives of Fury and Joshua to the same table to discuss a prospective bout between the pair.

Asked whether he had any issue working alongside someone with Kinahan's reputation, Bob Arum highlighted boxing's indifference to external matters once one can do as one promises within the sport.

"Look, I'm not naive," stated Arum, "[but] what did or didn't happen prior to his involvement in boxing is not of a major concern to me. Firstly, they're allegations, and secondly, they don't really speak to how he has acted when he has been involved in boxing.

"In boxing, we've had situations where we've had athletes who were accused and convicted of major crimes, served their time and came into the sport of boxing and not only performed well but excelled.

"Boxing has been used by many people who have had questionable backgrounds. They come into boxing and if they conduct themselves well, then yes, they can achieve a new type of attitude that people will have of them.

"People will be judged on how they act within the sport. Be it as a performer or a businessman, this is not unusual for the sport of boxing."

Ultimately, whatever of Daniel Kinahan's background, Arum is unconcerned: "Whatever of the allegations, I can't get into it and I'm not going to get into it because it is none of my business."

'I could have never been Rachel Blackmore' | Jane Mangan