July 2016 - Sitting in a hotel room in New York City, three days away from UFC200, it was incredibly jarring to see Jon Jones test positive and be removed from his scheduled bout with Daniel Cormier.

The scene of Jones sitting on a podium in a Las Vegas hotel tearfully trying to explain the situation, unable to find words to describe his, and everyone else's, sheer confusion, is an image that will be etched into Mixed Martial Arts memory for eternity. 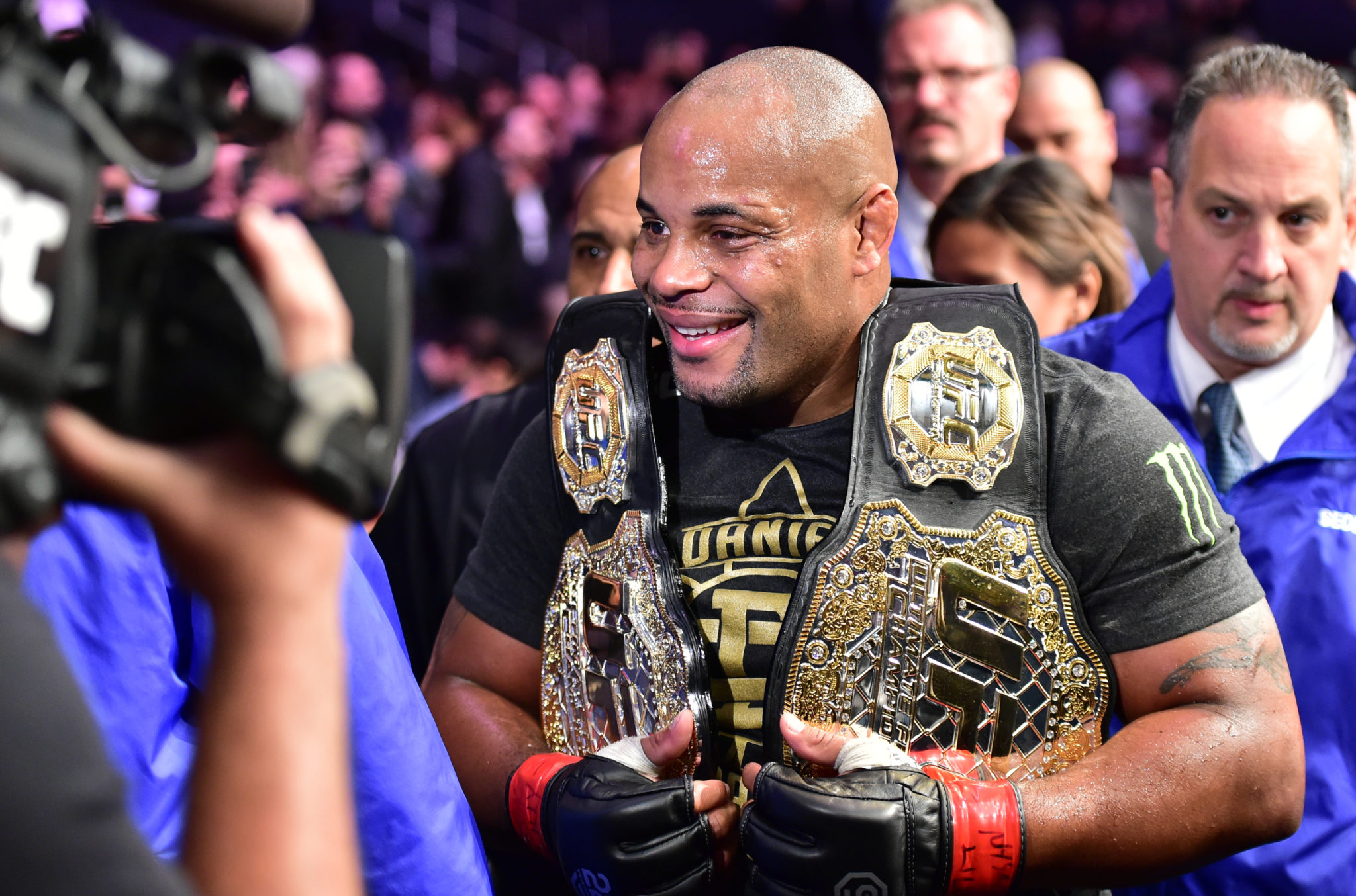 Fortunately, thanks to UFC Embedded, we caught all of DC's reaction to what was then arguably the biggest blow of his MMA career. His response was indicative of the man who has ploughed through obstacle after obstacle in all aspects of life.

"Like is there anything I can do, I'll sign a release and we can just fight," said the then UFC light-heavyweight champion.

Fight Jon Jones, the consensus greatest fighter to have ever lived after a positive test, no brainer. That is DC after all.

The subsequent head-kick knockout loss to Jones, that would be overturned to a no-contest, is a testament to how dangerous this idea was.

Despite the numerous athletic milestones achieved, representing the United States in wrestling at the Olympics and the titles he won in two weight classes to name a few, his enduring legacy will be that of never-ending grit and determination. 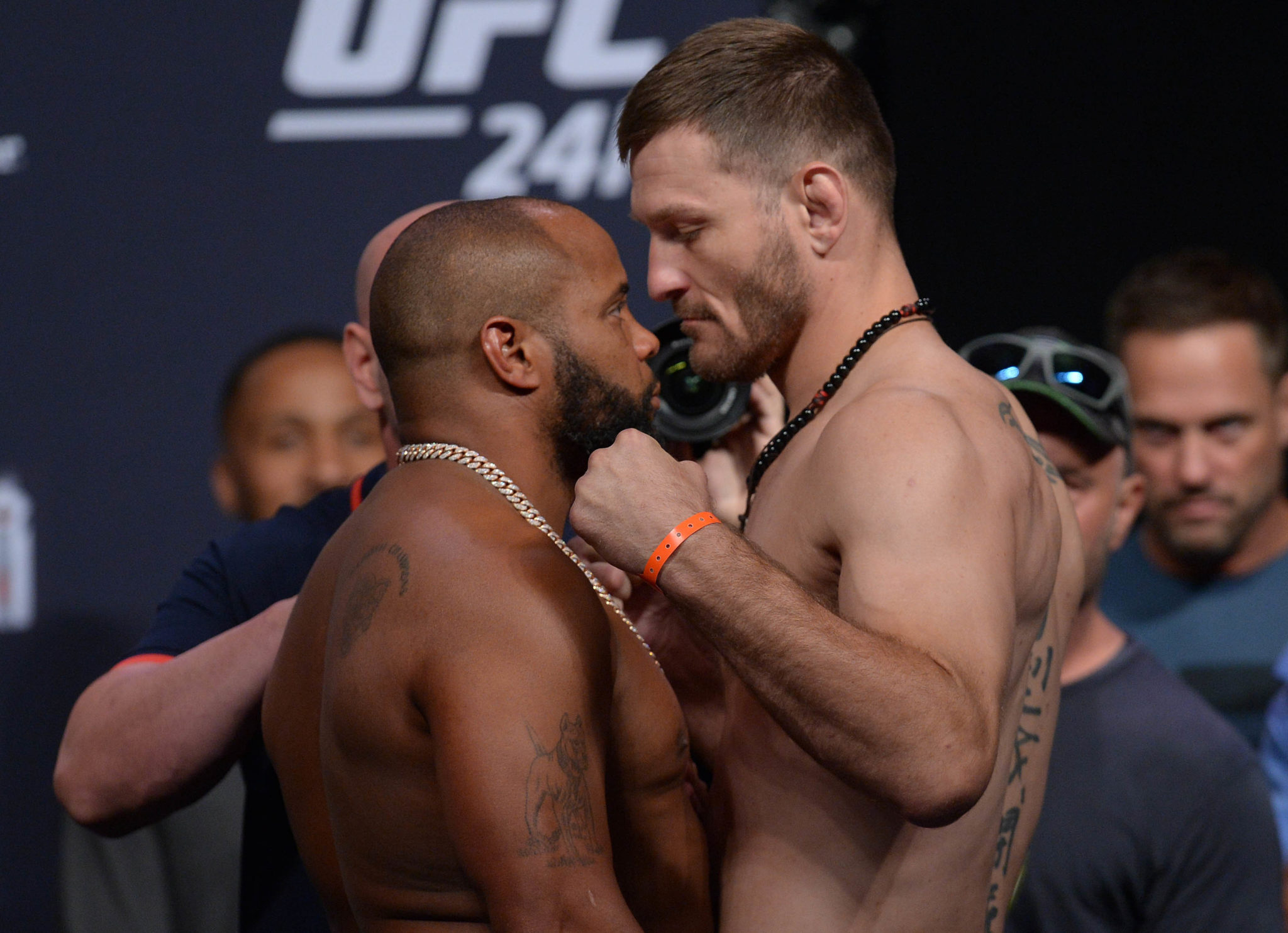 It was on full show once again at UFC252.

While Cormier ultimately fell short in Saturday's main event against current heavyweight champion Stipe Miocic, losing the trilogy in the process, his ability to push through adversity at any cost was slightly mind-boggling.

The three fights between the two ended differently each time. Cormier grabbed the belt from Miocic in the first with an emphatic knockout.

Miocic, who returned the favour in the rematch by stopping his greatest foe and ended the series with a unanimous decision win, would describe the feeling as akin to finally ending a relationship with a long-time on and off again partner.

With three fights against Daniel Cormier in three years, @stipemiocic compared the experience to having an on-again, off-again girlfriend.

The champion solidified his status as the greatest heavyweight of the modern era, perhaps of all time, and that achievement will rightly be applauded.

At 41, with a lifetime in combat behind him, for Cormier to have pushed Miocic over five rounds illustrates the rare athletic gifts that DC possesses.

While it did not define the result, as some online have argued, an eye poke in the third round rendered Cormier blind in his left eye for the last two rounds.

At the time, Cormier brushed this off and he actually came out in the fourth round and won the frame on all but one of the judges scorecards.

Cormier pressed forward, pushing the pace, striving to land the bomb of a right hand that put Miocic away back in 2018.

The man who has represented Lafayette Louisiana with distinction reportedly suffered a torn cornea as a result of the eye poke. We can only hope this injury heals in a timely fashion and there is no lasting damage.

" I mean f---, look at my eye. I couldn't see the rest of the fight. I can't see anything out of my left eye. It's black."@dc_mma says he was unable to see after being poked in the eye by Stipe Miocic in the third round at #UFC252 pic.twitter.com/tC7bDDMjZL

If Cormier does leave the fight game behind, he can do so knowing that he has sacrificed everything at the altar of combat sports.

While Cormier will be a continuing presence in the sport through his commentary role with the UFC, his time as a competitor will be remembered for his enduring kindness and his relentless pursuit of showing the best version of himself on the biggest stage possible.

Cormier's determination, work ethic and willingness to dare to be great is a universal inspiration to those inside and out of the sport.

For that, he should be thanked.

Will Sean O'Malley continue his rise at UFC252?