Ciara Mageean joined Off The Ball on Tuesday from her training base in Manchester on the back of breaking two national records post lockdown.

Mageean credited her move to the Athlete House with New Balance in Manchester and the enforced time off as factors in her improvement.

"I don't know what the magic recipe is," said the Irish record-holder. "I kind of did the exact same as we always do just keeping the head down and trained.

"The credit has to go to my coach who was trying to figure out how to periodise training when we didn't actually have any races to train towards.

"When I did start training I didn't even know if there would be races. So we were training blindly but I tried to view the lockdown and postponement of races as a little bit of a blessing in disguise.

"I tried to see the silver lining and use the opportunity to work on my weaknesses, and get stronger in the areas you feel quite rushed in.

The season normally maps the year out for middle-distance athletes, without much of a break, this year was very different.

"As an athlete, you go from race to race, championship to championship and racing for Ireland in the cross-country is important for me," says Mageean.

"You just go home for Christmas and continue to train. Then it's indoor season, and then indoor season is over in the blink of an eye and it's outdoor season.

"You sometimes feel like you are chasing your tail and you travel a lot. Usually, I'm coming and going, in the house for a little while and then out again.

"This is probably the longest period of time I have been in the Athlete House with New Balance in Manchester.

"It was strategic on Steve's part to try to keep us all level-headed. I just got the training done and probably rested more than usual because we were stuck inside.

Mageean had identified areas of her running that can be improved, stemming from her run at the World's last year.

"I stepped off the track in Doha after the World final where I came tenth and the first thing I said to Steve was 'how do I close that gap?'

"There were obvious areas I just wasn't as strong in as my counterparts that were first to ninth in front of me and I wanted to be closer.

"I knew I wanted to be competitive, so I knew I needed more strength where I can cope with that pace off the gun and keep going. So that was one area.#

"I wanted to be able to utilise the speed I do have when I get into the last 200 metres, I can bang it out.

"We went right back and worked on the base again, that endurance-type strength. I never actually get much of a chance to do 800 metre specific stuff.

"I've always aimed to run sub-two minutes for 800, but for 1500-metre training. 800-metre training is a lot different, it's more sprint-based and leaves me wanting to throw up after a few sessions.

"So we had a couple of opportunities to mix up training a bit to test some new things and they clearly worked.

"The first two races were fantastic, myself and Steve learned a lot this year. We had a rough one on Sunday, but that's another opportunity to learn." 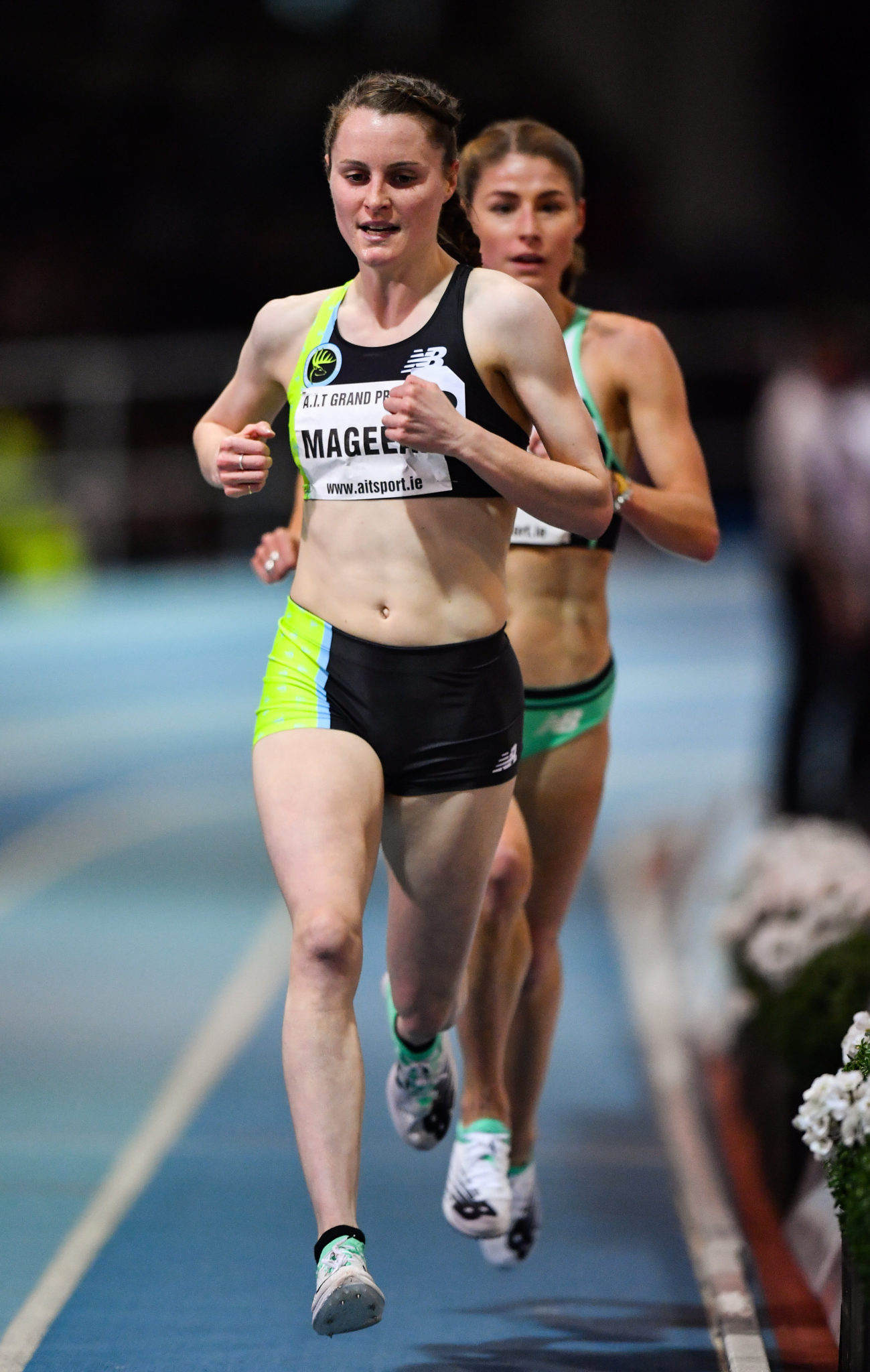 What about the flat run on Sunday? Mageean finished twelfth over 1500 metres at Stockholm a run she described as a "bitterly disappointing performance."

"Sunday is a performance that is just completely unexplainable and that's a lot more difficult to get your head around," said Mageean.

"I'm evaluating that and figuring out where I went wrong. I chatted to my sports psychologist on the long journey back from Stockholm.

"She got the most raw part of me, I'm hoping to chat to Steve, we'll have a wee meeting tomorrow and evaluate.

"Personally I just think I was tired and hadn't recovered from the previous two races. Perhaps I hadn't realised what it had taken from my body to run two National records both physically and mentally.

"Coming down from that high, I was a little tired, maybe I should have listened to my body a bit more but when you are racing so well, you just want to get back out there.

"As bitterly disappointing as I was, and I was beating myself up a lot over the last few days, I'm trying to learn from it.

"I tell myself I'm not the finished product, I still have so much more to improve on."

IOC adamant that Tokyo Olympics will proceed this summer