Canelo v Golovkin trilogy fight should be next up

Saul 'Canelo' Alvarez and Gennady 'GGG' Golovkin should be the next big middleweight clash after the Mexican outpointed Daniel Jacobs on Saturday night.

Canelo added the IBF middleweight strap to his WBC and WBA belts after an almost routine win over Jacobs at the T-Mobile Arena in Las Vegas.

Canelo used his jab expertly throughout, setting up his attacks and pushing his opponent back as he controlled the action from the centre of the ring.

Jacobs, for his part, tried to stand toe-to-toe but got his game plan wrong from the opening bell. With advantages in both height and reach, he should have kept the fight at distance instead of fighting on the inside.

Alvarez won a unanimous decision on the scorecards and few could argue with the result. 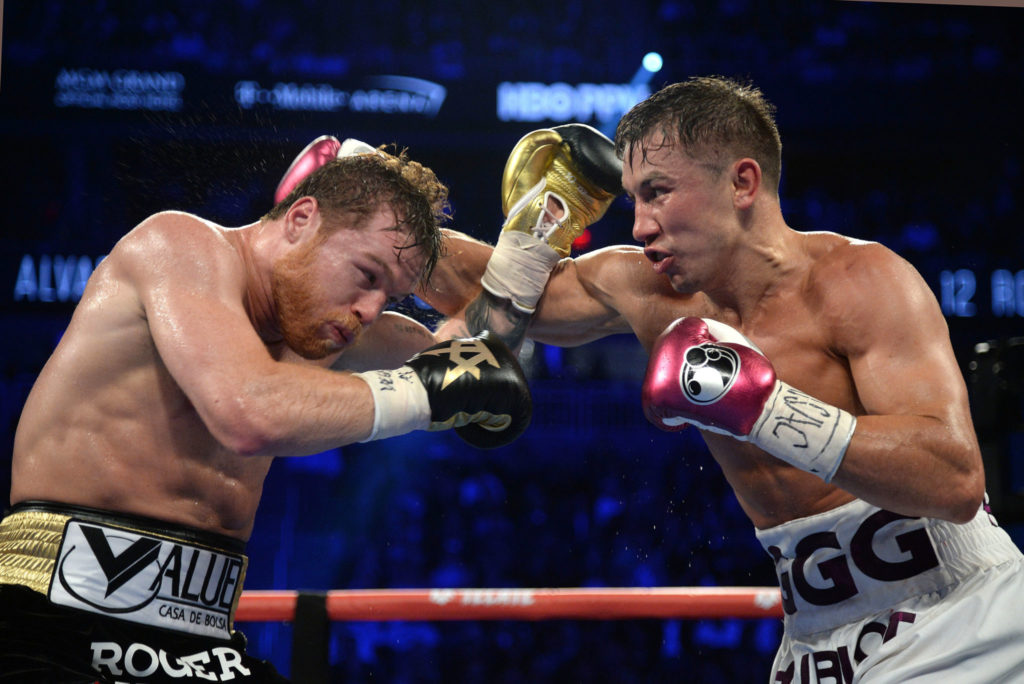 Afterwards, the champion targeted WBO middleweight title holder Demetrius Andrade as he bids to become the first Mexican fighter in history to unify a division.  However, the fans should demand a trilogy fight with Kazakh superstar Gennady Golovkin.

The pair have fought to two disputed results: a split draw and a majority decision in favour of Canelo.

Both fighters are signed to the DAZN platform and their previous fights drew record numbers with both bouts bringing in over 1 million pay-per-view buys.

Of course, the DAZN subscription model works differently but there will be huge interest in a third and possibly, a fourth bout between the two.

Canelo has never shirked a challenge to date and Golovkin should be next up.