Book Review | "All right, they're the worst ball club ever" | Jimmy's Mets

One of the many across Ireland (and indeed, the world) contending with the reality of a lot more time spent indoors, Off The Ball's Arthur James O'Dea is using an underused Kindle gifted to him last Christmas to explore old or forgotten sports books and review them right here. Up first, it's Jimmy Breslin's Can't Anybody Here Play This Game?

In these unhinged weeks or months, one is susceptible to the prospect of locating larger meaning in the things we've turned to for distraction.

“So, the Mets are a bad ball club,” conceded Jimmy Breslin in the closing pages of his paean to the New York Mets and the city that accommodated their lackluster performances. “All right, they’re the worst ball club you ever saw. So what? The important thing is that they are familiar.”

Familiarity, lost somewhat in these early days of Ireland's attempts at dealing with coronavirus, appears mighty appealing; however poorly the Mets stacked up in Breslin’s Can’t Anybody Here Play This Game? (1963).

After losing the Dodgers to Los Angeles and the Giants to San Francisco, New York once found itself with only one professional baseball team. That they just so happened to be the Yankees of Mickey Mantle and Yogi Berra didn’t cut it.

New York, it would appear, prefers to have kings and paupers.

Picture Gene Hackman in The French Connection eating a slice of pizza in the depths of winter on one of the city’s streets as the nefarious Fernando Rey, or “Frog One” to Hackman’s “Popeye”, works through a meal of many delectable courses unaware – or unconcerned – that he is being observed.

It takes undesirable circumstances to necessitate the presence of a cop like “Popeye”. If the bad guys are always winning - and the Yankees certainly couldn't be sold as the good guys - we need some good guys. It is they who provide a sense of balance to sport's natural polarity.

Jimmy Breslin knew as much. The list of characters who took responsibility for fixing this imbalance knew. And the people of New York city definitely knew.

“The Mets are the team for every woman who looks up ten years later and sees her husband eating dinner in a t-shirt and wonders how the hell she ever let this guy talk her into getting married,” reasoned Breslin. “The Yankees? Who does well enough to root for them, Laurence Rockefeller?”

For the uninitiated, baseball, be it on the field or how the sport is administered off it, remains mysterious.

In a style David Peace would take to greater extremes with his descriptions of Liverpool goals in Red or Dead (“…Tommy Lawrence to Chris Lawler, Lawler to Geoff Strong, Strong to Tommy Smith, Smith to Ronnie Yeats…”), Breslin captures the appealing lunacy of the Mets players’ hard-luck defeats and disastrous blow-outs intermittently.

The inability to decipher a short stop from a relief pitcher (could they be the same thing? Who knows, it’s my problem) doesn’t detract from the appeal of a season review written almost 60 years ago, however.

Although the Mets’ appeal had little or nothing to do with the behavior or character of their players off the field according to Breslin, of the individuals who put this sorry lot together there is plenty of material for all.

Take Casey Stengel, for example. Manager of the New York Yankees throughout the 1950s, he oversaw some seven World Series victories. At 72, shortly after the Yankees had dismissed him and Stengel had set up house in California, he was tempted back to New York by the Mets.

The man responsible for the title of Breslin’s book, that this pained question was directed by Stengel at his own players measures about how well the new franchise's first season went.

“He went through 120 losses with a smile, a try, and a few badly needed drinks,” wrote Breslin of the beleaguered boss. “He tried to teach his players. They simply could not learn. ‘I can’t change a man’s life,’ Stengel would say softly.”

Joan Whitney Payson, a woman whose family left London for the New World only a few years after the Mayflower set sail, was determined that she could, however.

“The lady, you see, understands,” remarked Breslin of the Mets' owner and her conditional patience. “This is not to say that the lady is going to be sitting down and laughing about the Mets for the next fifteen years. No, the Whitneys do not come that way.” 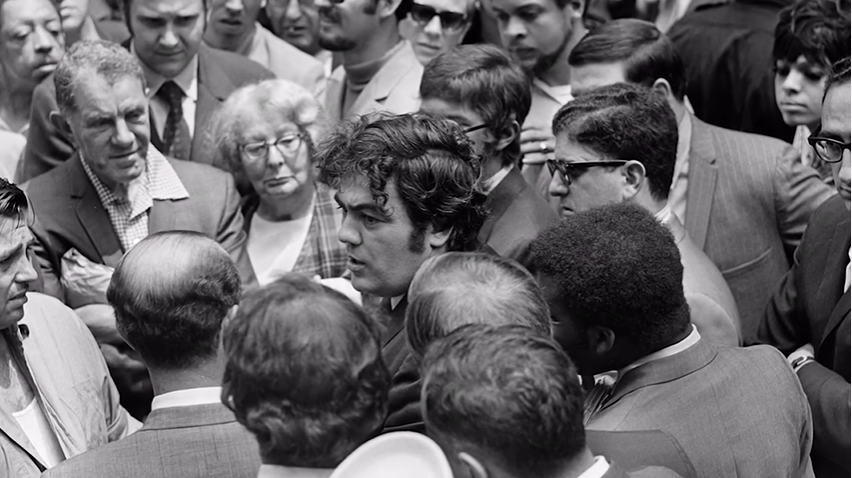 In our current separation from the games, it is possible to truly appreciate how encompassing a presence televised sport maintains in our lives. For Breslin, writing in the early ‘60s, it was precisely these early shoots of the broadcasting boom that had cheapened America’s game; such was the central role baseball once played.

If one could watch the indomitable Yankees from the comfort of their own home, why would they bother themselves with travelling to see the middling teams? Although it is likely to go unanswered for the time being, one could reasonably have been asking the same question if the GAA's Tier 2 championship were to get underway this summer.

The Mets, to the joy of Breslin and much of New York, changed all that, however briefly.

Alongside the Rockefellers and “Frog One” in that fancy restaurant, that’s where you’d have found the Yankees. Out on that cold city street with “Popeye”, his slice of pizza and a lukewarm cup of coffee, this was Mets territory.

“The Mets lose an awful lot? Listen, mister. Think a little bit,” considered Breslin in those shattering final lines. “When was the last time you won anything out of life?”

As he said himself, the people of New York didn't follow the Mets, they loved them.