World number one Ashleigh Barty crashes out of Wimbledon

The Australian Ash Barty has surprisingly gone down in three sets to Alison Riske in the fourth round of Wimbledon.

World number one and reigning French Open champion Barty has been eliminated from Wimbledon on Monday afternoon, losing 6-3, 2-6, 3-6 to the unseeded Alison Riske of the United States.

The Queensland native had won her previous 15 matches and hadn't dropped a set in the first three rounds at the All England Club before entering Monday's contest on Court No.2. However, Barty crashed out following an opening set advantage.

Alison Riske recovers from a set down for the third time this tournament - the latest coming against world No.1 Ash Barty #Wimbledon | @Riske4rewards pic.twitter.com/oLMTtqpTgF

Riske's impressive recovery from a set down and eventual victory means that the American sets up a quarter-final meeting with compatriot Serena Williams. The seven-time Wimbledon champion needed just 63 minutes to overcome Carla Suarez-Navarro 6-2 6-2 in her own last-16 contest.

Commenting on her momentous victory, Riske said: “I’m so excited, and so proud of myself for the way I’ve handled matches here. I’ve been ready to battle in every match. I couldn’t begin to say what Wimbledon means to me.'

'Getting to the quarter-finals is amazing, but just the way I’ve been fighting is the best thing for me." 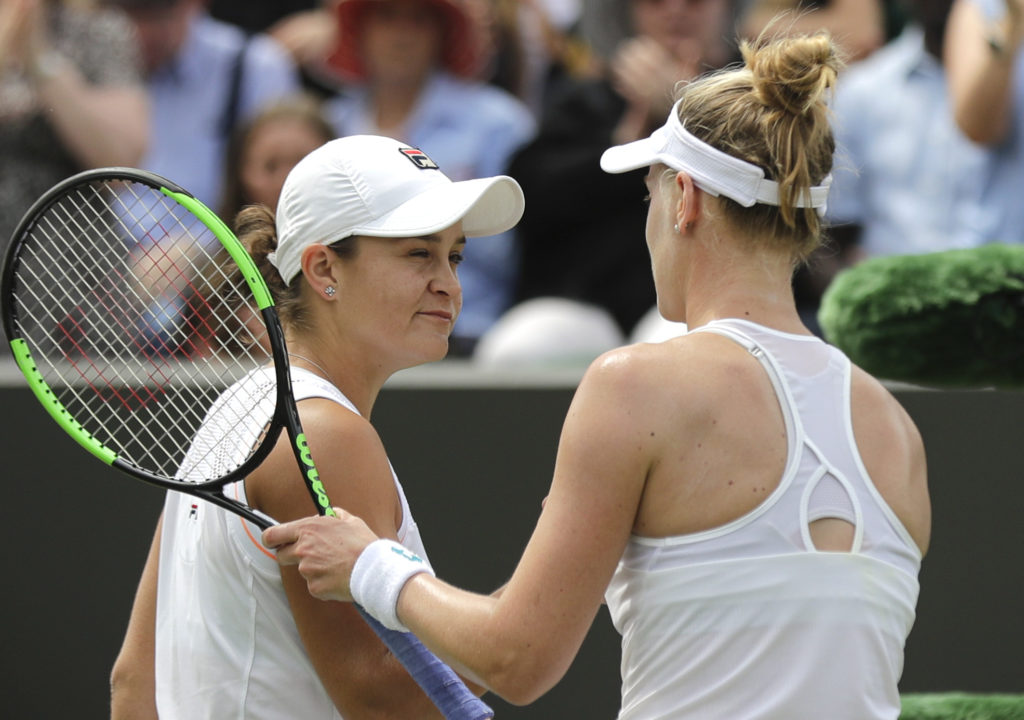 Barty started the match well and demonstrated her class throughout the first set before being broken twice in the second and, crucially, once more towards the tail end of a tight and decisive third set. Riske held her nerve to serve out a famous win.

It is the first time that Riske, ranked 55th in the WTA rankings, has reached the quarter-final stage of a Grand Slam. Her reward is a last-eight meeting with Serena Williams.