Scotland's Gary Anderson through to the next round of the PDC World Darts Championship after he beat Mensur Suljovic 4-3 in the third round.

After one hour and 20 minutes, Andersson came back from 3-2 down to beat the Austrian in the evening session of the Championship to earn his spot in the round of 16. 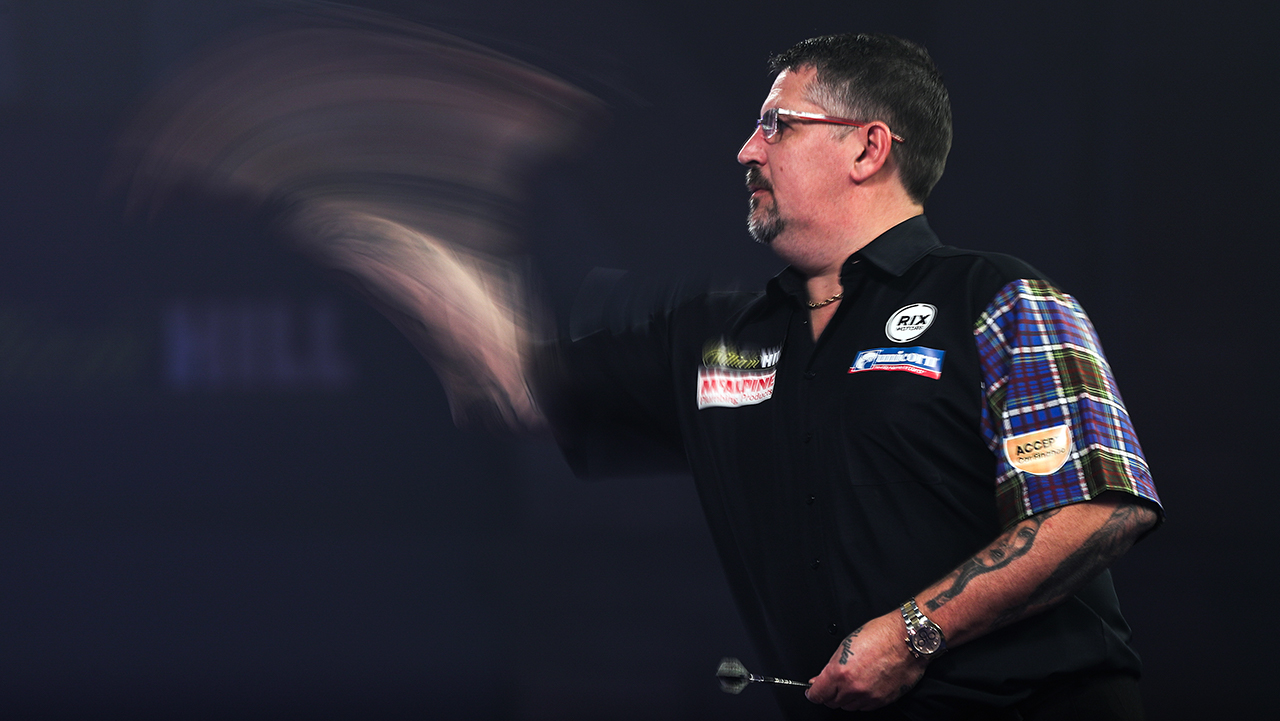 In an incredibly bizarre match, the Austrian took the first leg, despite being stuck on 262 after 12 darts, as he bounced back with 20-dart hold of throw to win the leg.

'The Flying Scotsman' levelled the round with a 130, to finish on the bullseye, before dropping another leg to the Austrian, who cleaned up a 78 kill in the third leg.

Anderson eventually took the first round, winning the fourth leg with a 15-dart hold, and took the final set after Suljovic missed four darts in the final leg, which allowed the Scot to take it with a 73 finish on the bull.

Gary Anderson takes a tense opening set 3-2 to take the lead in this match! pic.twitter.com/NGzqvKvD24

The Scot made it four straight sets with wins of the first and second legs of the second round, but failed to hold off the Austrian, as Suljovic 25-dart break of throw, despite averaging a paltry 78, to keep the round alive.

He followed that up with a brilliant 133 finish out of nowhere to level the set, taking the match to another set decider for round 2.

He clinched the equaliser after a third straight leg, before winning the opening leg of the third round. Clearly frustrated under the pressure from 'The Gentle', Anderson broke a run of four straight sets to tie the round at one a piece.

In a repeat of the opening round, Anderson and Suljovic traded wins, before Anderson took the round in a third consecutive decider.

Gary Anderson had eight darts to win that set 3-0, but he makes a right hash of it and Mensur Suljovic pinches it to level this match at 1-1. pic.twitter.com/va8IG7xFhq

Anderson then lost three straight sets, allowing Suljovic to tie the game a two rounds a piece, with the Austrian in control of the pace.

Suljovic made it six in a row, going 3-2 up over the two time world champ in straight sets, and setting up what looked to be the second upset of the tournament, after defending champ Peter Wright crashed out on Sunday.

It was not to be, however, as Anderson rallied to win six straight sets of his own, clinching the victory with a 13-dart break of throw.

Gary Anderson clinches six legs in a row to beat Mensur Suljovic 4-3 in sets and reach the Fourth Round.

What a crazy game that was! pic.twitter.com/IHhcX2om7x

It wasn't a classic, but Gary Anderson showed plenty of grit to recover from 3-2 to defeat Mensur Suljovic and advance to the last 16. pic.twitter.com/dDFHgUWPuX