Amanda Serrano is keen to get a fight with Katie Taylor over the line "as soon as possible".

The Puerto Rican boxer is potentially one of the big draws for the Bray fighter later this year.

Taylor had spoken to us today about the prospect of fighting either Serrano or a rematch with Delfine Persoon.

But Serrano was the one Taylor views as the "exciting fight", given her "explosive" punching power.

"I think that's one of the biggest fights in boxing right now, not just in women's boxing," Taylor told me at an exclusive Sky VIP event at the Lighthouse Cinema. 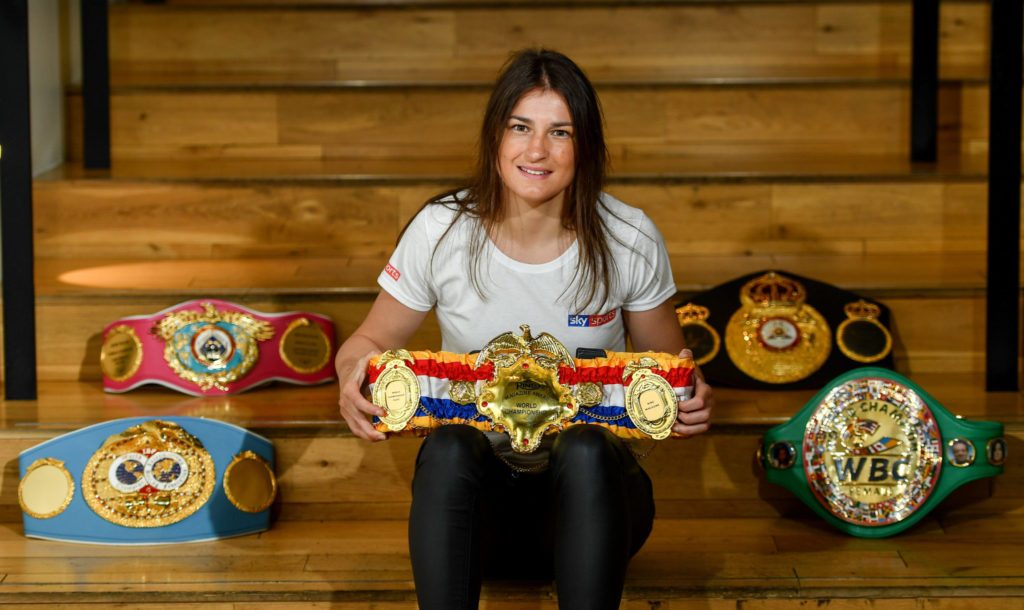 9 July 2019; Undisputed World Lightweight Champion Katie Taylor in attendance at an exclusive Sky VIP event at The Lighthouse Cinema, Smithfield in Dublin. Sky customers can join Sky VIP for free by downloading the My Sky app where they can enjoy money-cant-buy experiences and more. Photo by Sam Barnes/Sportsfile

"And it's a fight people have talked about for years and I would absolutely love that fight."

It's a sentiment Serrano appears to be in total agreement with. She responded to Taylor's Off The Ball interview on Twitter and agreed that it would be "the biggest fight in boxing period".

"I must agree with Katie Taylor on this one," she tweeted.

"It's the biggest fight in boxing period. We are both balls to the wall warriors and the true winners will be the fans. Hope negotiations can be made ASAP":

I must agree with @KatieTaylor on this one. It’s the biggest fight in boxing period. We are both balls to the wall warriors & the true winners will be the Fans. Hope negotiations can be made ASAP 🙏😉👍

Serrano's record speaks for itself. In 37 fights, she has lost just once and won 35, including 26 by knockout.

Most recently she saw off Austria's Eva Voraberger on January 18th at Madison Square Garden for the vacant WBO Super Flyweight title.

Confirmed - Katie Taylor fight off as BBBofC suspends all May events

Katie Taylor's next opponent announces postponement of May bout

Confirmation of Taylor-Serrano postponement due on Monday