Well, that's it - The Last Dance is over. The final two episodes gave us plenty to reflect on tho...

Well, that's it - The Last Dance is over. The final two episodes gave us plenty to reflect on though, including an insight into the nicest guy in the world, Steve Kerr.

The NBA legend was a key cog in the Chicago Bulls side of the 1990s - as he won five championship titles with the team built around Michael Jordan.

Episode nine of the series in particular showed us more about Kerr's background - his father was murdered at the American University he taught at in Beirut in 1984.

Kerr has gone on to achieve great things on the coaching side of basketball - helping the Golden State Warriors to three championship titles.

And speaking on Off The Bull, former Kerry star Kieran Donaghy told us one story that highlights just how likeable a guy Kerr is.

"Don't underestimate this guy! You see this little guy with all these monsters around - if Steve Kerr played in Ireland he'd average 60 points per game. Steve Kerr was a baller - [he] could dribble, could handle the ball, could shoot the life out of it, was strong, had to fight for everything.

"Rus Bradburd, the guy who coached us here in Tralee and went away and wrote a book that sold very well in America called 'Paddy on the Hardwood', he reached out to Steve Kerr about this guy called Shawn Harrington.

"Shawn Harrington was this guy who played in New Mexico State that Rus brought down from Chicago, recruited him, had a little cameo in the Hoop Dreams movie.

"He was from Marshall High School [in Hoop Dreams]... Shawn Harrington finished his career, he went coaching back in the high school and was on the way dropping his daughter to class beforehand.

"He was in a rental car [because] his car got stolen the week before. He noticed two guys walking down the sidewalk who kept looking over their shoulder with hoods.

"He found them a bit weird. They walked up to the pedestrian crossing, they turned and mistakenly identified him as a gang member because of the car, but he was in a rental.

"They opened fire with two pistols and rained eight or nine bullets in on top of the car. He dived across to save his daughter, and he got shot twice - once in the arm, and once in the spine, and was paralysed.

I made a donation today and I hope you'll consider doing the same. Shawn's story is incredible. Independence for Shawn Harrington https://t.co/iMq6YGnynv

"There's a big fundraiser going for him now... they're trying to get him into a condo so he can coach and he doesn't have to worry about going up and down stairs.

"But they asked Steve Kerr to help promote it, and Steve Kerr put out the tweet last night. This is Steve Kerr's night on The Last Dance, and at eight o'clock he's got a tweet up.

"That sums him up as an individual. He knows winning championships, he knows where he is on that list, and then he backed himself as a coach and probably coached the best basketball team ever, if we're going to be straight about it - talent-wise."

Jarlath Regan was also on Off The Bull with Kieran, Ronan Mullen and Eoin Sheahan, and he argued we could have done with even more on Kerr throughout the series.

"I would have planted the seed of Steve Kerr earlier [in the series] rather than trying to cram it all into one episode. It's such a strong, powerful moment when it all comes good for him.

"If anything the achievement here was how they managed to bring tears to my eyes as he's hitting these clutch shots, and then having the humour to take the piss out of Mike afterwards in Grant Park!"

Ronan added that the Kerr story arc in the penultimate episode came together perfectly.

"The symmetry of it was perfect, it kind of came around the blindside - we knew we had [Scottie] Pippen in depth and [Dennis] Rodman in depth, and we knew the Kerr shot was coming, but we didn't know this was coming necessarily. 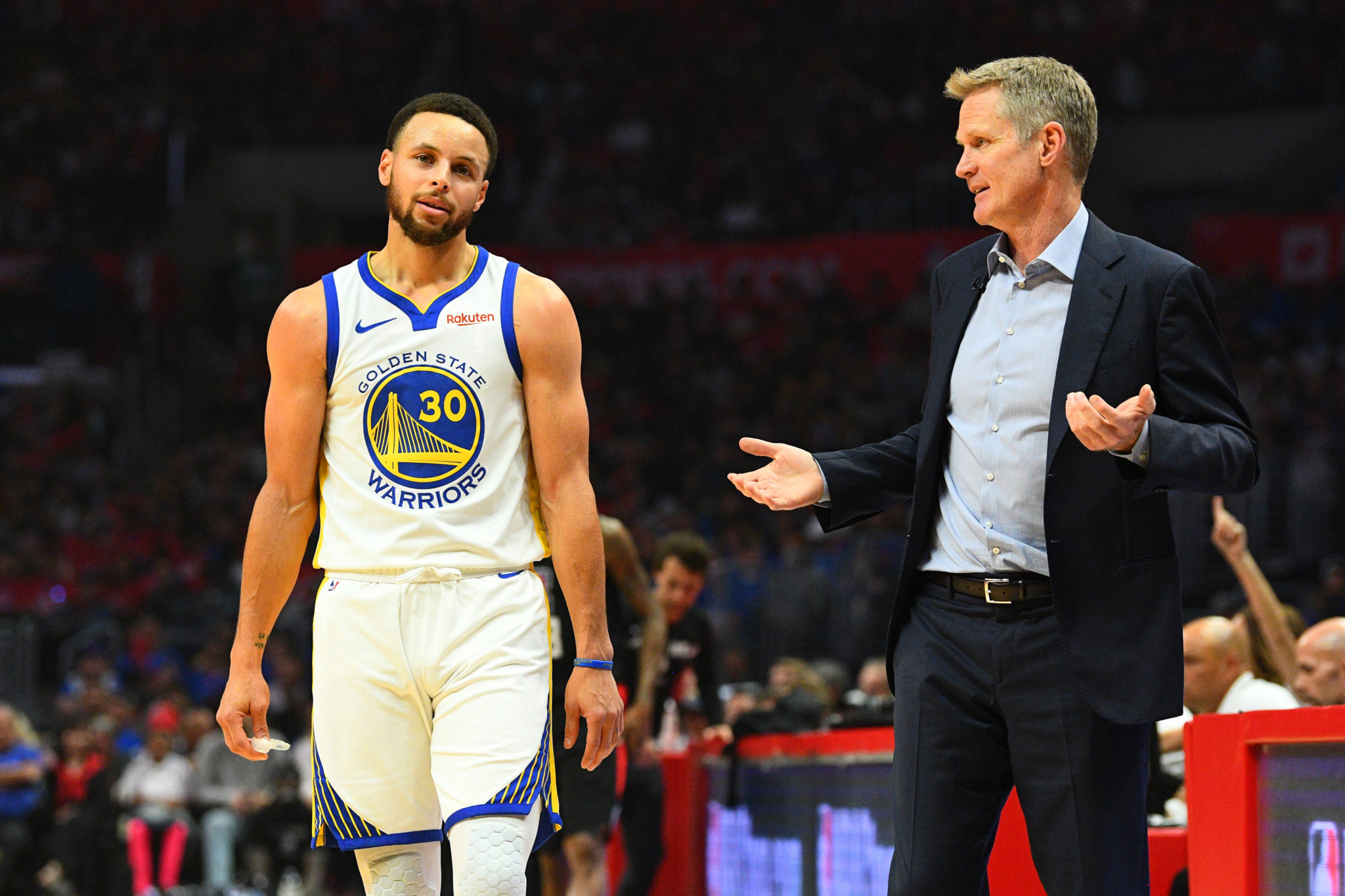 "Nothing was left to the imagination about who he got his schooling from or where on the basketball court - playing under Phil Jackson [and] playing alongside Michael Jordan is as good an education as you're going to get.

Eoin summarised the warm feeling many viewers of the series felt towards Kerr.

"It's just a beautiful 10 or 15 minutes of documentary making. I genuinely believe he's the nicest guy, if not in sport, then in the world in terms of any public figure I've seen.

"His values, his generosity, the way he speaks, his backstory, there is nothing to dislike whatsoever about Steve Kerr."