Irish gymnast Rhys McClenaghan has been praised for his positive attitude after a freak incident in his Olympic pommel horse final on Sunday ended with him finishing seventh in Tokyo.

On the second skill of his routine, McClenaghan’s finger was caught on the pommel horse, throwing him off and effectively ending his hopes at a podium finish in one go.

In spite of this, the Antrim native got back on the horse, finished his routine, and gave a truly inspiring post-event interview.

Speaking on the Olympic Show on Friday’s Off the Ball, McClenaghan explained how he felt after such a freak incident.

“My immediate thought was obviously disappointment, of course, because I know that I am so much better than what I showed,” McClenaghan said.

“That is just one of those things; it is sport. It is almost the beautiful side of sport, because it is the unpredictable thing that happens.

“I haven’t fallen on that skill the entire build-up to this competition, and it was just one of those things where my finger got caught under my hand.

“That was enough to throw me off the horse, but that is sport. The unpredictable always happens and that is why everybody tunes into the Olympic Games.”

For McClenaghan, these unpredictable moments are what makes sport, and the Olympics in particular, such a joy to watch and be a part of.

“Now I have the pleasure of making everybody that little bit more nervous when they watch me!” McClenaghan joked.

“It is always difficult falling that early on in the routine, so I fell on the second skill, I got back up and repeated that skill and went all the way to the end of the routine.

“I was effectively doing that routine knowing that no result would have come from doing it.

“But that determination is exactly what I showed, to get back on the horse, finished the routine and have my dignity intact after that.

“Of course, I am still insanely disappointed, but the fact that I can get up after that fall shows the kind of person I am and that I will not just drop the head and let it affect the rest of my performance.” 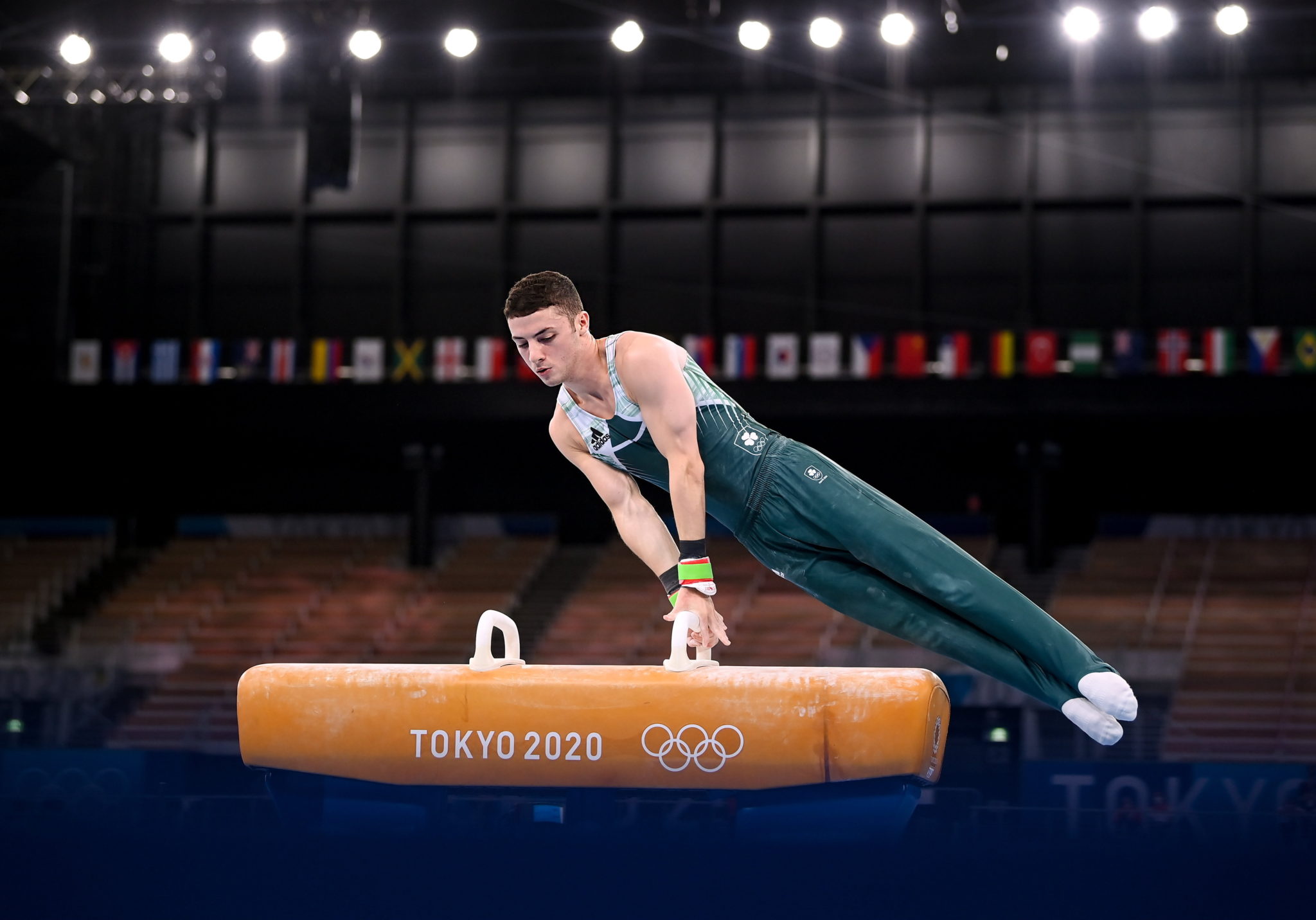 What impressed many across Ireland and the world was the maturity and positivity with which McClenaghan spoke after his final.

While he was obviously disappointed with the result and the accident, McClenaghan saw it as an opportunity to inspire the next generation, and remind them that getting up is more important than the fall.

“How selfish would it be for me to take that opportunity and turn it into a negative?” McClenaghan said.

“That is a platform and an opportunity at the Olympic Games to talk to younger generations and that is something that comes into my head quite often.

“When I do interviews, I am thinking about talking to younger gymnasts or younger athletes, and anybody outside of sport even.

“I know that that is a platform to emit positivity and show people that the greatest glory lies not in never falling but in rising every time we fall.

“I love that quote because I think it encapsulates sport and encapsulates life in general really, because I feel that sport is the great metaphor for life.”

Simone Biles explains being cleared to take bronze on the beam

"It's revictimisation, it's retraumatising for sure" | Kavitha Davidson on Simone Biles