Kellie Harrington is Olympic champion after beating Brazil in the final

Irish lightweight boxer Kellie Harrington has won gold in Tokyo, after winning two rounds of the ...

Kellie Harrington is Olympic champion after beating Brazil in the final

Harrington's run to the final was simple enough up until the semi-final, where she snuck past Thailand's Sudaporn Seesondee by 3-2 decision. In contrast, Ferreira came into the fight having never lost a round en route to the final.

Ferreira came out firing in the first round, putting her power on display and forcing Harrington onto the back foot. In spite of that, the Dubliner still managed to get in a number of quality shots, in particular some strong left hooks.

The Brazilian would ultimately take the first round by a 3-2 decision, meaning that Harrington would need to put together the round of her life to remain in the contest. 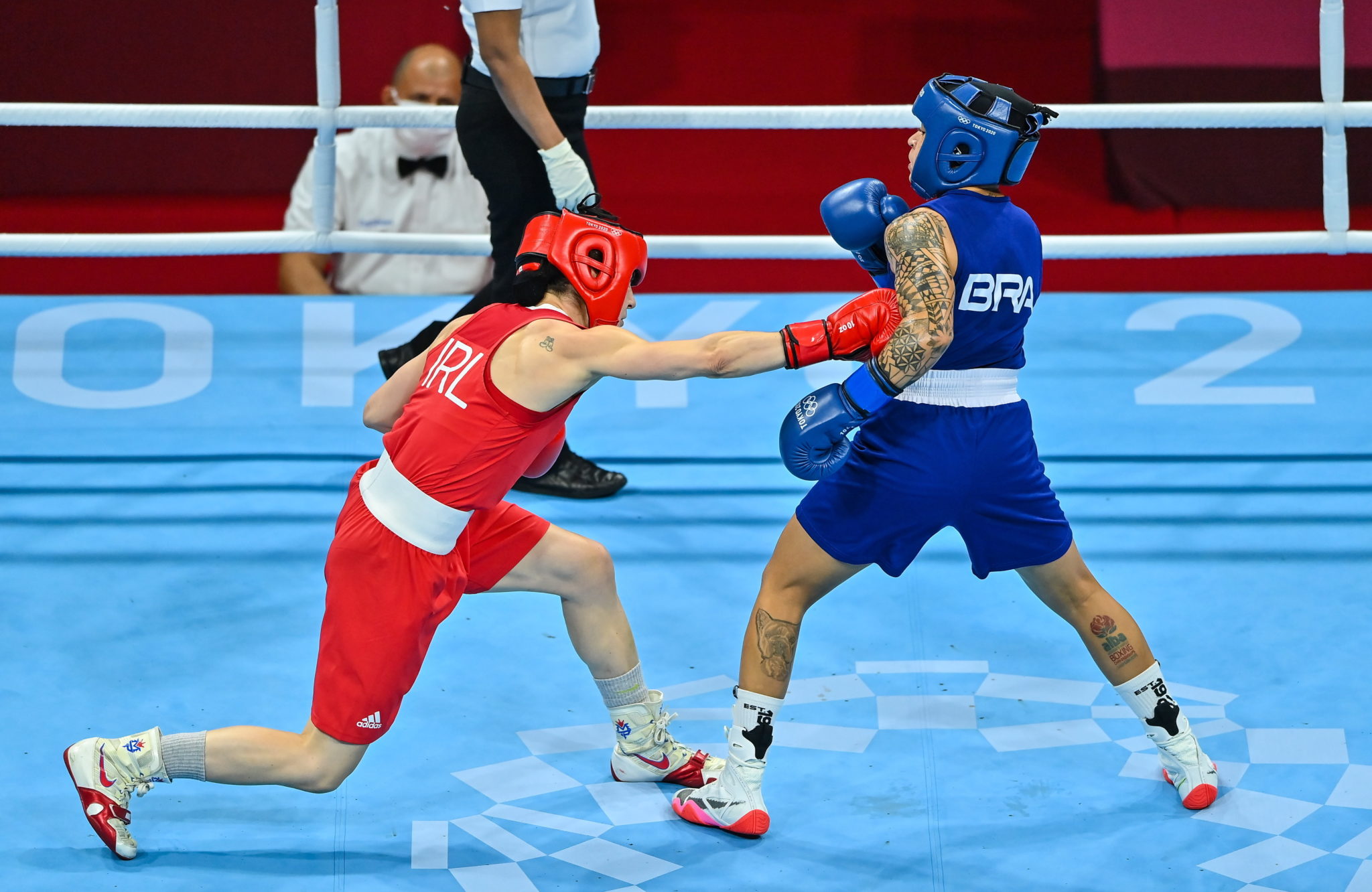 Kellie Harrington of Ireland, left, and Beatriz Ferreira of Brazil during their women's lightweight final bout at the Kokugikan Arena during the 2020 Tokyo Summer Olympic Games in Tokyo, Japan. Photo by Brendan Moran/Sportsfile

That is exactly what she did in the second round, as Harrington's footwork frustrated the aggressive Brazilian, forcing her to swing wildly and miss a number of shots, while the 2018 World Champion remained composed and scored some good shots.

The composure in the second round gave Harrington a unanimous 5-0 victory, meaning that she only needed one judge to vote in her favour in the final round to take the gold.

As it happened, Harrington continued to dictate the pace of the match, forcing Ferreira to go on the offensive and chase the St Mary's boxer.

Harrington would go on to win the bout by unanimous decision, becoming only the third Irish boxer after Michael Carruth and Katie Taylor to win the gold at the Olympics.