'Heartbroken' Emmet Brennan bows out of Olympics with touching interview

Team Ireland boxer Emmet Brennan bowed out of Tokyo 2020 after a spirited performance against Uzb...

'Heartbroken' Emmet Brennan bows out of Olympics with touching interview

Brennan, 30, lost by unanimous decision in the 81kg light-heavyweight round of 32 bout in Japan.

"It's tough. I knew he was good, but I have the belief that I can beat anyone," Brennan told RTE after the fight.

"I knew it was going to be a tough task, but I did think I was going to win. He was very sharp, a very good counter boxer. I spoiled it a bit, but he did what he had to do to win the fight." 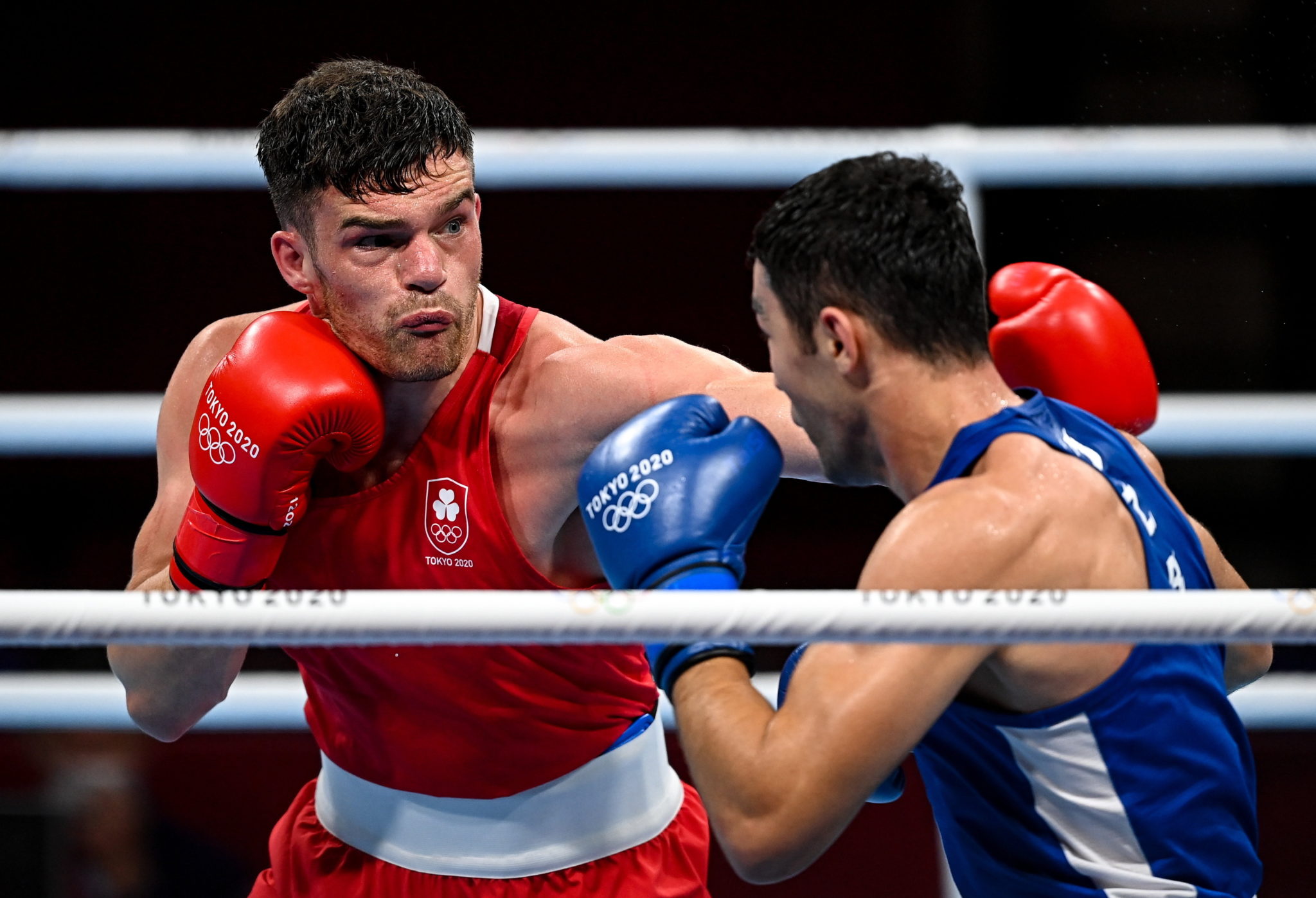 25 July 2021; Emmet Brennan of Ireland, red, in action against Dilshod Ruzmetov of Uzbekistan during the Men's Light Heavyweight Round of 32 at the Kokugikan Arena during the 2020 Tokyo Summer Olympic Games in Tokyo, Japan. Photo by Ramsey Cardy/Sportsfile

Brennan was clearly emotional about the outcome of the bout.

"It's gutting, absolutely gutting. I put a huge effort in to get here, without my family I wouldn't be here. I know I didn't let them down, you want to win.

"I have taken Credit Union loans out, worked part-time and trained full-time. My family were the big support."

Brennan spoke about the lengths he went to to get to

"[Going to the Olympics] was the goal, but when you get there you want to further yourself and move on.

"I have been injured for six months. It's the biggest fight of your life and your body lets you down. It's tough.

Brennan said he was heartbroken that a rib injury impeded his progress.

"I thought the rib was alright, it was until the last 20 seconds of the first round when he caught me and took the wind out of me.

"Can I just say a huge thank you to everyone at home in Dublin for their support. It's been unreal. I never thought I would get this.