Ardal O'Hanlon has spoken about the confidence issues he has struggled with, and how things like ...

Ardal O'Hanlon has spoken about the confidence issues he has struggled with, and how things like the nature of comedy work and playing tennis have helped him.

The Father Ted star joined Ger and Eoin on The NOW TV OTB Culture Hall of Fame, where he inducted Western series Deadwood. He also spoke about doing his own writing, but how he would never consider himself getting into writing for TV anymore.

"It's not something I have confidence about, actually. I don't think I have the discipline. Again, when you read interviews with people like [David] Milch or [David] Simon or hear them speak, these guys are up there with their knowledge, their commitment, I don't have that.

"I'm a dilettante, I dip in and out of stuff. I work really hard when I have a job or a project that I'm interested in. But I don't have that all-consuming absolute need to do that.

"I would rate those people up there with Samuel Beckett and James Joyce, that's how important they are. I'm sort of in awe of them a bit."

That word confidence is a crucial one for Ardal, and he says issues with a lack of it are something he has tried to overcome in different ways.

"Every day in my life when I get up I have huge doubts as to what's the best way to start the day. Comedy kind of suited of me because you could sort of... not so much hide behind it because it's a really good medium.

"With comedy you kind of boil everything down to its essence, to one-liners. In the course of a show you could have 50 different themes, you could move very quickly from one theme to another, from one gag to another.

"You can have a lot of fun with it and it's very lively and very loose, whereas things like novels or a TV series, that's huge. You need tremendous concentration and attention to detail. Stand-up has suited me better over the years as a medium to work on.

"I just don't understand people who don't have self-doubt, it's a massive thing for me. It's literally - every day I question why I'm doing it, probably too much, to my own detriment.

"[I'm] always questioning it, I definitely overcame confidence issues in terms of performing a number of years ago, about 10 years ago. 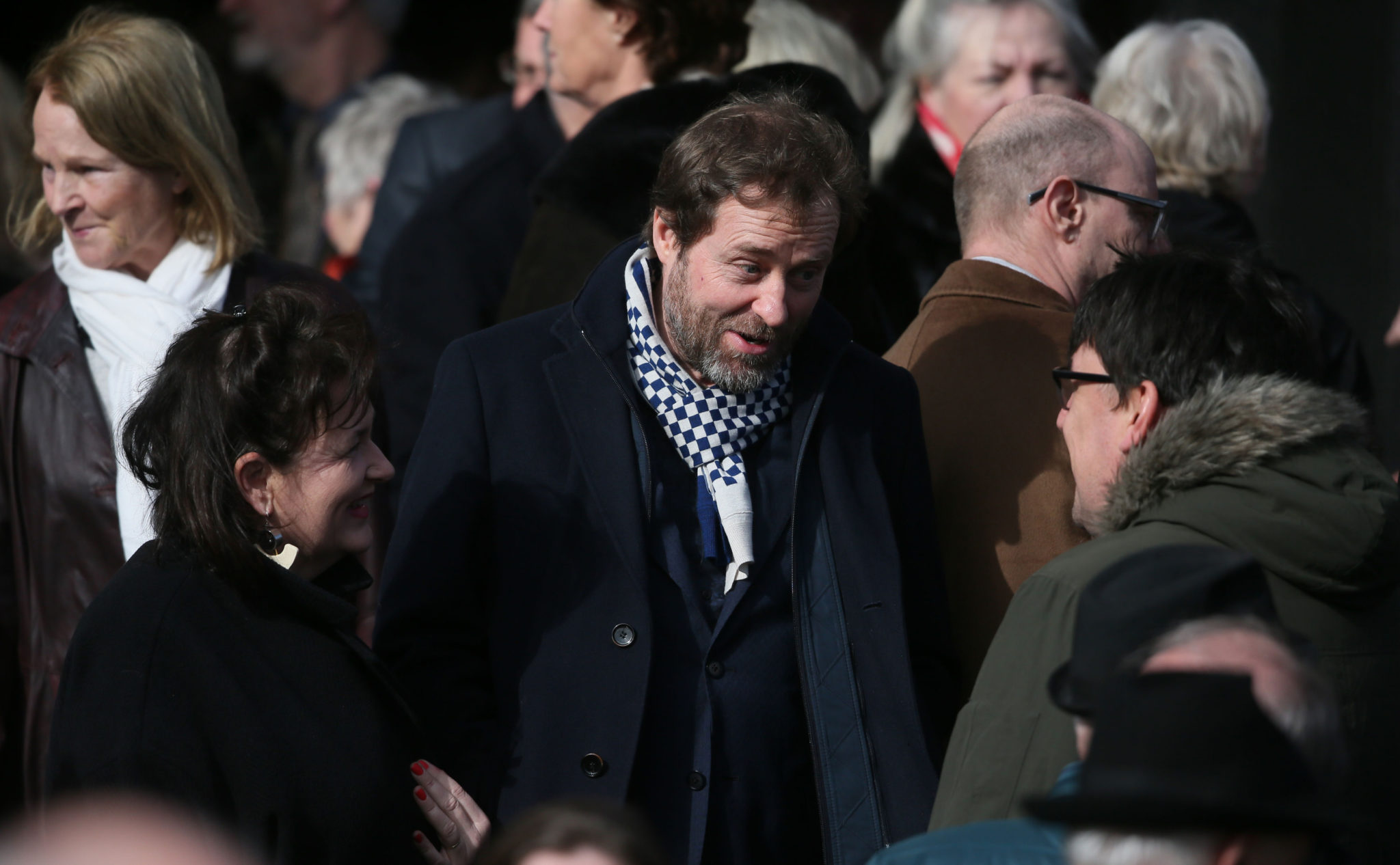 Ardal O'Hanlon (centre) chats with Graham Linehan at the funeral of late actor Frank Kelly, best known for his role as Father Jack in the hit comedy television series Father Ted, at the Church of the Guardian Angels, Blackrock Dublin.

"I was one of the worst, I was a nervous wreck before performing. You mightn't notice if you were in the audience, but beforehand I would be in a terrible state.

"I finally convinced myself that it wasn't worth worrying about, what's the worst that could happen? I think it is age and experience and a number of things [that made it better]."

Ardal also spoke about sport - particularly tennis and his love of Leeds United - have helped his focus.

"Tennis is my sport at the moment, I don't watch it but I play it a lot. I've read a lot of stuff... there's a lovely little book called 'The ZEN of Tennis' about kind of losing your ego, and always trying to push it to one side and not overthinking things.

"I was never one for asking for help or anything like that, or using therapy. I'm lucky that I've a good relationship at home with my wife, and we would talk about stuff a lot. I think that's really important."