Wexford are far from challenging for an All-Ireland based on current form, according to former Clare hurler Jamesie O’Connor.

Wexford face Antrim in the Allianz Hurling League Roinn 1 Group B on Saturday, and will be looking to recover from a 10-point defeat to Kilkenny in their last run out.

While they were well in for a Leinster Championship and potential All-Ireland Championship in 2019, Wexford have struggled since then to find consistency and a long run of form.

Speaking on Off The Ball on Friday, O’Connor felt that Wexford are unlikely to be in contention for the All-Ireland this year.

“I don’t think Wexford are [All-Ireland contenders] either,” O’Connor said. “Maybe I am being dismissive, but I am going on the evidence that I have seen against Clare.

“Clare were seven points up coming out of the water break, and with the sending off Clare just completely lost their shape and Wexford arguably got out of jail.

“On the evidence we saw, maybe there might have been mind games last week, but the game was over at half time, it was one-way traffic.

“You couldn’t say with huge confidence based on what you saw last week that Wexford are going to cause problems for the Galways, the Limericks of the world.”

“I simply don’t think they have the players or maybe the forward talent,” O’Connor said.

“But they came up short and they are under pressure clearly giving how poorly they performed last year, so there is pressure on the players to deliver.

“For me, at the moment in the rankings, they are behind the other counties.” 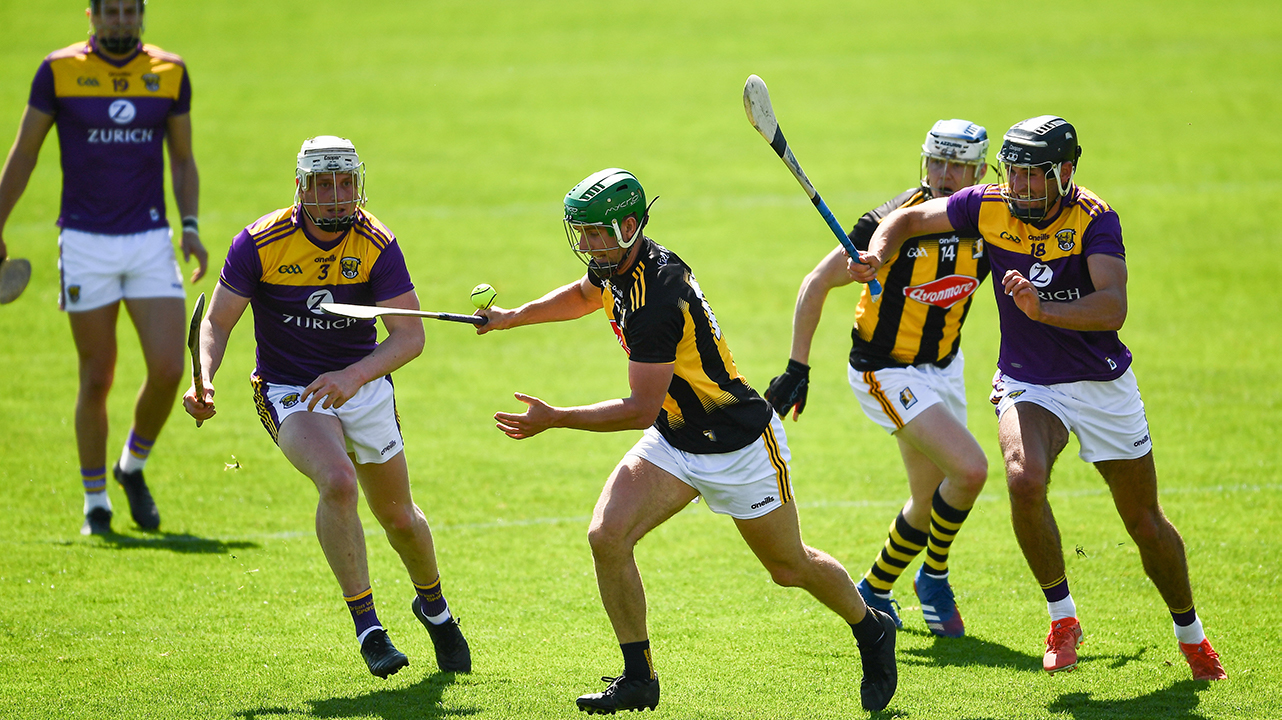 Alan Murphy of Kilkenny in action against Liam Ryan, left, and Glen Malone of Wexford during the Allianz Hurling League Division 1 Group B Round 3 match between Kilkenny and Wexford at UPMC Nowlan Park in Kilkenny. Photo by Ray McManus/Sportsfile

O'Connor is not writing Wexford off completely

While he was not giving them much of a chance, O’Connor was wary of writing off Wexford completely.

“I don’t want to appear to be too dismissive of their chances,” O’Connor said.

“If Rory O’Connor for example maybe steps up and shows the consistency that TJ Reid for example shows, he is a top-class player.

“I think guys like David Dunne, Liam Óg [McGovern], all of those players need to be firing on all cylinders.

“For me, I don’t know if Davy [Fitzgerald] has found the couple of players that might make the difference, and I think the game that they play as well requires massive energy.

“Maybe they peaked too soon, and maybe they got the training wrong last year and they are going to come right on the third of July.”

'Referees deserve trust but are fooled too often' | Eddie Brennan