Waterford hurling manager Liam Cahill admits it's difficult keeping players engaged with no light seemingly at the end of the tunnel regarding a return to play.

All mass gatherings are banned in the country until September 1, and all gaelic games are currently on hold.

Tipperary manager Liam Sheedy told Off The Ball on Friday that he feels Championship action is "a long way away" given the challenges facing the country amid the pandemic.

GAA president John Horan says the association won't be rushed into making any decisions about resuming games, and he maintains that the club game will be first to restart.

But speaking to WLR, Cahill says he would like to see at least an outline of what the association has in mind, "Not necessarily that we want a concrete date or we want to be guaranteed that there's even going to be a championship.

"But it would be great to at least get some structure in relation to a roadmap as to when we might see action in the various grades, be it club or county.

"And give us an idea as to what we can maybe aim for, and structure our training around that - that hasn't come.

"I think, for everybody's sanity, we've decided to taper back our training a little bit and leave fellas to their own devices for the immediate future." 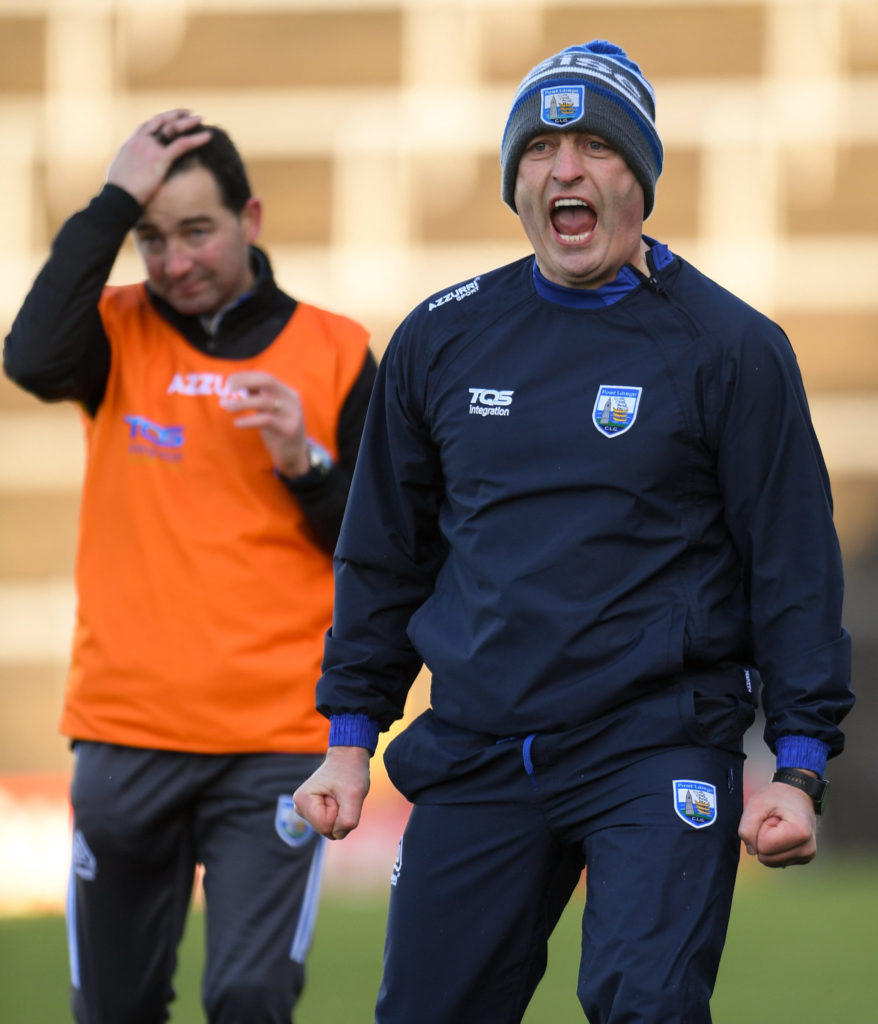 1 March 2020; Waterford United manager Liam Cahill urges on his side in the final moments of the Allianz Hurling League Division 1 Group A Round 5 match between Tipperary and Waterford at Semple Stadium in Thurles, Tipperary. Photo by Ramsey Cardy/Sportsfile

Cahill says the lack of activity is taking a mental toll on everyone involved in the game, "Things are strange - strange for everybody - at the moment obviously.

"Definitely a change to everybody's structure to their day, and it's no different when it comes to preparing a hurling team as well.

"It's quite difficult. Tough times every way, mentally as much as well as everything else.

"It's hard going, but obviously once everyone is healthy and well, that's the main thing."

The former Tipperary U20 All Ireland-winning boss should be facing into his first Championship as Deise manager.

However, Cahill is having to make do with conducting conversations with his panel online. "It's quite difficult to conduct any sort of conversation, or feedback over the phone," he told Liz Reddy.

"We're getting [to be] a dab hand now at all of these Zoom meetings. We try to meet collectively once every week as a group.

"In relation to the model are going to put in place, I'm not sure if the GAA probably know themselves."

With no return in sight, Cahill feels it's best not to overburden his players.

He's given the Waterford panel some breathing room for the next few weeks, "We're going to take a bit of down time right up until the end of July.

"We're hopeful that the GAA can come with some sort of a roadmap, or some sort of structure to help us tailor our workload and stuff like that.

"It's obviously not priority on everybody's agenda at the moment, it's more or less obviously around keeping healthy and making sure the proper structures are in place for that to happen."