Austin Gleeson should learn from the mistakes of the past and get the referee and umpires involved instead of sorting problems himself, according to Kilkenny legend Tommy Walsh.

Austin Gleeson should learn from the mistakes of the past and get the referee and umpires involved instead of sorting problems himself, according to Kilkenny legend Tommy Walsh.

Waterford's Gleeson was shown a straight red card against Wexford for seemingly to jabbing his hurl into the back of defender Simon Donohoe after a wide.

However, according to Walsh, the jab came only after provocation from Wexford, as Gleeson had been pushed into the fence.

While Walsh understood that Gleeson was taking a page out of his own book and was 'taking care of himself', the Kilkenny legend feels that in future the Deise man should follow in the footsteps of Kilkenny great DJ Carey.

Speaking on Thursday's OTB AM, Walsh explained why he felt disappointed in Gleeson's red card, which Waterford have opted not to appeal.

"I was disappointed to see Austin Gleeson being sent off last weekend," Walsh said. "Did anyone show any of the angles of him being shoved into the fence? No!"

'You can't look after yourself anymore'

The concept of 'looking after yourself' in hurling is an old one, which meant retaliating against aggression rather than reporting incidents to the officials.

This is exactly what Gleeson grew up doing. However, according to Walsh, the game has changed and players are no longer able to take the retaliation into their own hands.

"I would just say to him that the game has changed," Walsh said. "The game has only really changed in the last couple of years with this kind of thing. 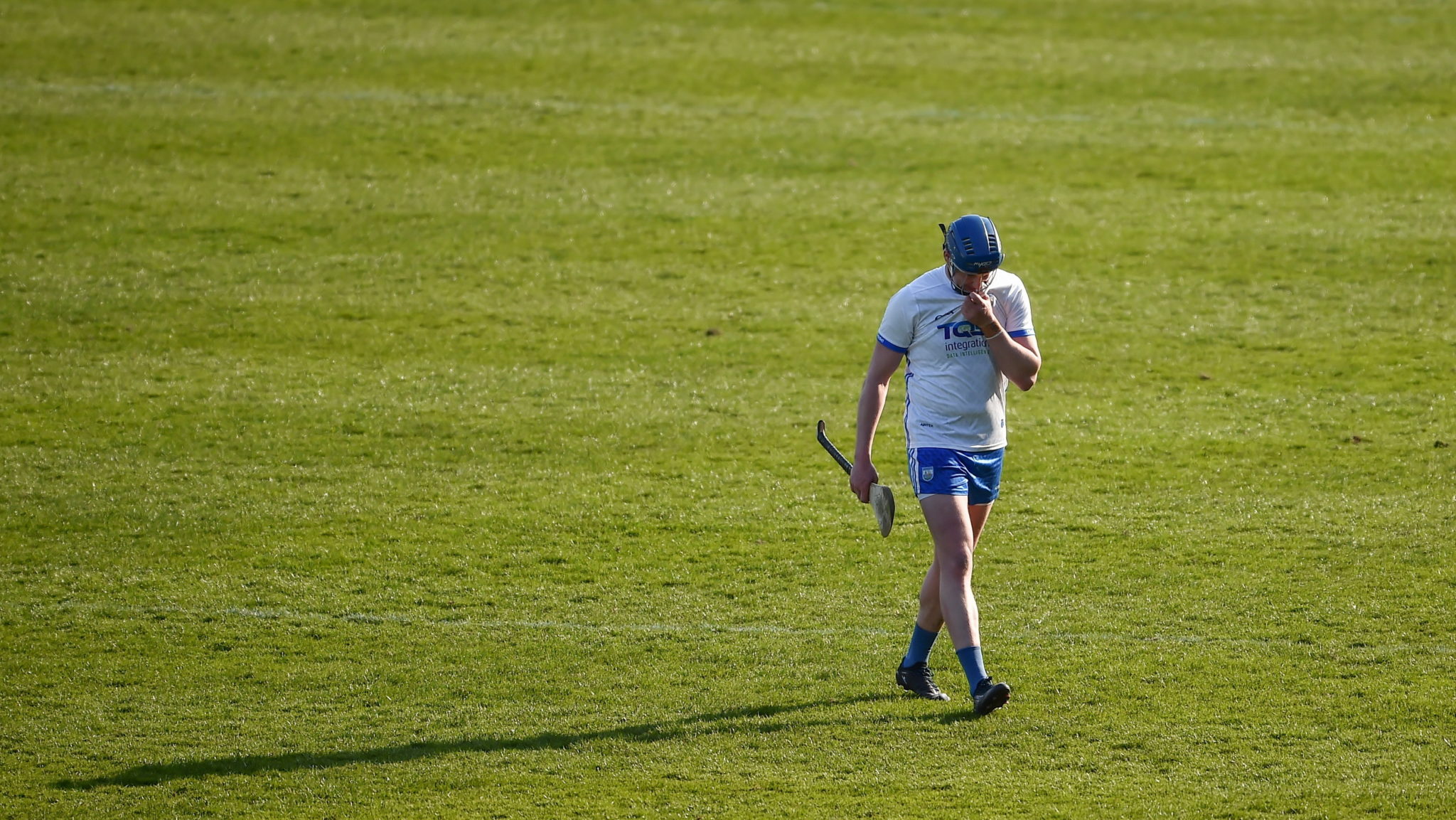 While the instincts might be to scold Gleeson for his act of retaliation that saw him red carded, Walsh said that, if he was giving the 26-year-old advice this week, it would be through education instead.

"I'd be trying to educate him," Walsh said. "Right, Austin, this game has changed. It might not look good that you are going over to the referee telling him, 'did you see that?' or going over to the umpire, but that's what you have to do now.

"You can't look after yourself anymore! The game has changed. So, I'd be more educating him than giving him a scolding."

🗣 'Toughness is taking the belts and punishing them on the scoreboard'

However, back in the days when 'taking care of yourself' was commonplace, there was one Kilkenny hurler that still opted to turn the other cheek.

For Walsh, his former teammate DJ Carey was the toughest player on the pitch, because he could take the diggings and beltings and get up and make the opposition hurt on the scoreboard.

"DJ Carey had a great one," Walsh joked. "DJ never looked after himself. DJ said, 'toughness, you take the belts and punish them on the scoreboard', and he was dead right.

"That is the real toughness. But, I remember we were playing a team one time, we were talking about playing a tough team and do we look after ourselves, or do we punish them on the scoreboard?

"So, DJ stood up, and said: 'No lads, we will punish them on the scoreline. No fighting fire with fire. I was marking a lad one day, and he was digging me all the game.

"He said, 'No, calm now, we will punish them on the scoreboard. The next ball came in, I'll bury it. I'll not finish his career, but he'll never play for that county again!'

"We still talk about that to this day. It was one of the glorious things to say before a game!" 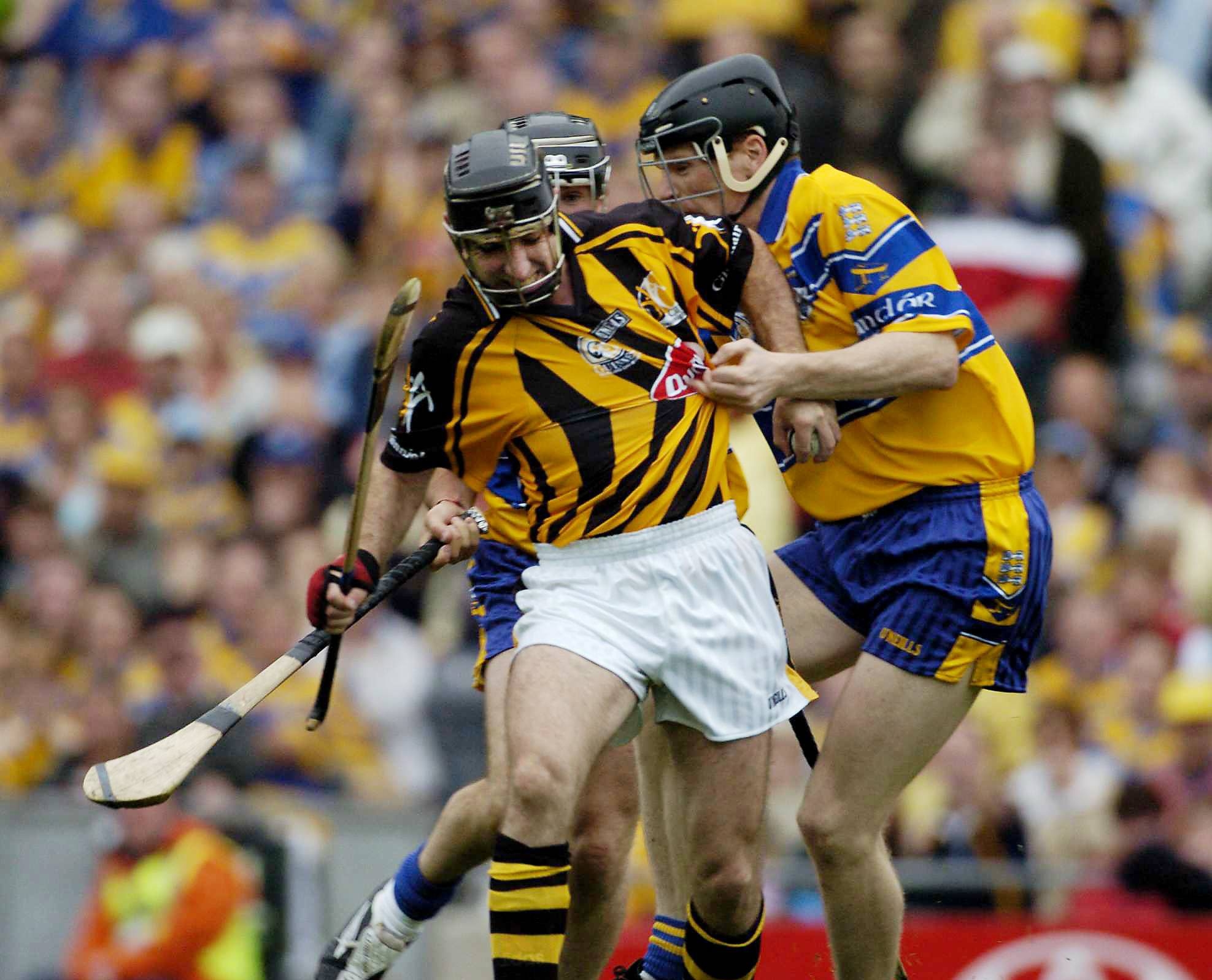 Walsh believes that Carey is the person that Gleeson needs to emulate when he gets back on the field.

"I wasn't as mentally tough," Walsh said. "If a lad hit me, I'd be getting back. But, DJ was the toughest of the toughest! You hit DJ, he'd never hit you back.

"The next time you got the ball he'd block you, he'd take it off you and he'd bury the ball in the back of the net. And Brian Cody, that was always his mindset to us.

"He would always say to his teams going out 'that's the real toughness'. Take the beltings and get on with it."

'The game is absolutely fine so leave it alone, please!' | Kiely urges against sin bin

Tommy Walsh's brilliant breakdown on what Waterford got wrong