Kilkenny hurling legend Tommy Walsh joined Off The Ball's 'Decade in a Day' and provided us with his four players of the decade.

The team is below - tweet us with the hashtag #OTBDecade to tell us whether you agree or disagree, who should be in and out - and whether Tommy himself would make that team for you!

Hurling players of the decade

Tommy was going off one player from each county, so if you submit yours then try to do the same:

"What he has done below in Glen with Cork, winning championships and his scoring feats down there has been remarkable. Follow that on with what he is doing for a team that hasn't won an All Ireland - it has been out of this world.

"His moment of the decade was the goal against Kilkenny this year, when he was on his on his knees and he put it in the top corner. It was like a magician at work."

It is not just his skill, but his dedication that has set him apart in a crowded field.

"One of my favourite hurlers.

"He's one of the best full-backs of the modern era. He is also able to mix in a bit of football, winning a few club titles with Corofin. His talents seem to be limitless!

"I love the way that when that ball comes in, he's the one rising above everyone and saying 'I'm winning this.'"

"Two of the best wing-backs that I've ever seen are Brian Whelahan and JJ Delaney. You would pay your twenty euros just to watch them alone. What are they doing? How are they reading the game?

"A lad just underneath that radar, but will be talked about as one of the best full-backs of his era is Pádraic Maher.

"He was just remarkable in the air. We definitely went after him in 2011, we put Eddie Brennan on him, because we knew that when Maher got a clearance, it was like getting a goal. The Tipp crowd were on their feet and he rose the levels of his team."

"My player of the decade then - a player that is still lighting it up at 32/33 years of age - is T.J. Reid. I had the pleasure of trying to mark him in training!

"What he is doing with Ballyhale and Kilkenny is just off the charts.

"Christy Ring and Mick Mackey are probably heralded as the two greatest players that have ever played the game. The next level then [...] TJ Reid is in that bracket now.

"It is only as the years go on that we will really wonder then the feats that this man has done. Why he's able to do it all - win his own ball, score, pressure situations, penalties. He's able to hook, he's able to block. He is able to transform his body in the gym. 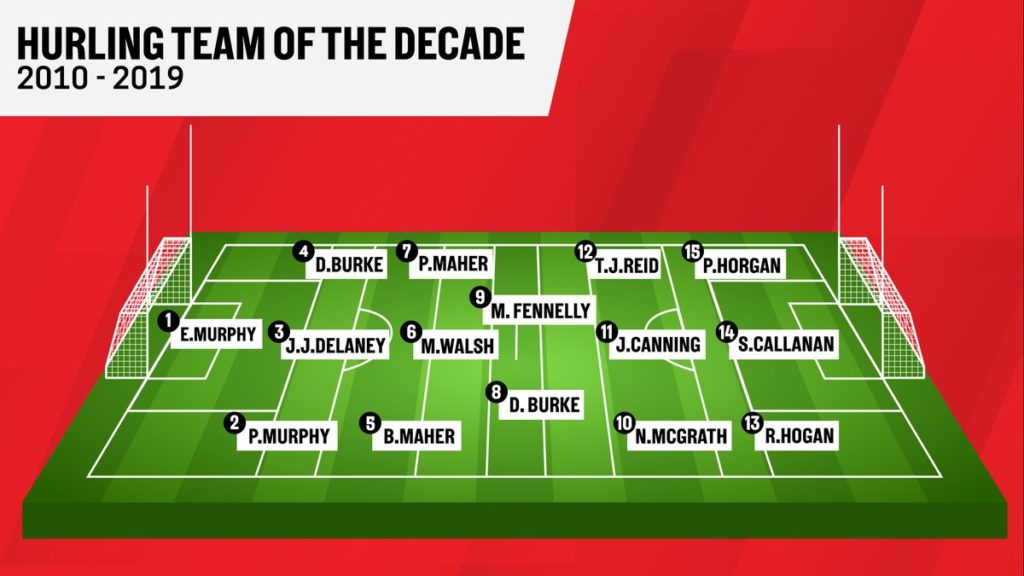 You can listen to Off The Ball's Decade in a Day all day on offtheball.com or watch on our social channels #OTBDECADE

'He was going around swearing, shouting..' | John Meyler as Klopp's assistant manager