The Art of Hurling with Tommy Walsh | 5 skills worth learning

Kilkenny legend Tommy Walsh joined Thursday's OTB AM to discuss the Art of Hurling and the many, many skills one hones over a lifetime's playing.

A nine-time All-Ireland winner with Kilkenny, Walsh drew on his remarkable passion for hurling to talk OTB AM listeners through the game's finer points.

Acknowledging plenty of star examples throughout, there is something in his hurling masterclass for everyone.

The Art of Hurling with Tommy Walsh

'Winning your own ball and putting it in the net'

The most precious skill in the game Tommy Walsh could call upon, the legendary defender knows the value of great attacking play.

"Go back over any of the All-Ireland winning teams of the last 100 years and they all had great forwards."

A skill that requires different awareness depending on your position, size and situation, Tommy took us through how he approached catching the ball.

"I wasn't fast so the tighter a game was the better," he explained. "It was all about reading the game for myself and getting myself under a high ball for a one-on-one. That's where I felt most comfortable.

Of all the players he has played with or against, it was a former teammate of his who stood out head and shoulders above the rest as an expert in this field.

"T.J. Reid is the greatest I've seen as an all-rounder to catch a ball," he said without having to give it much thought. 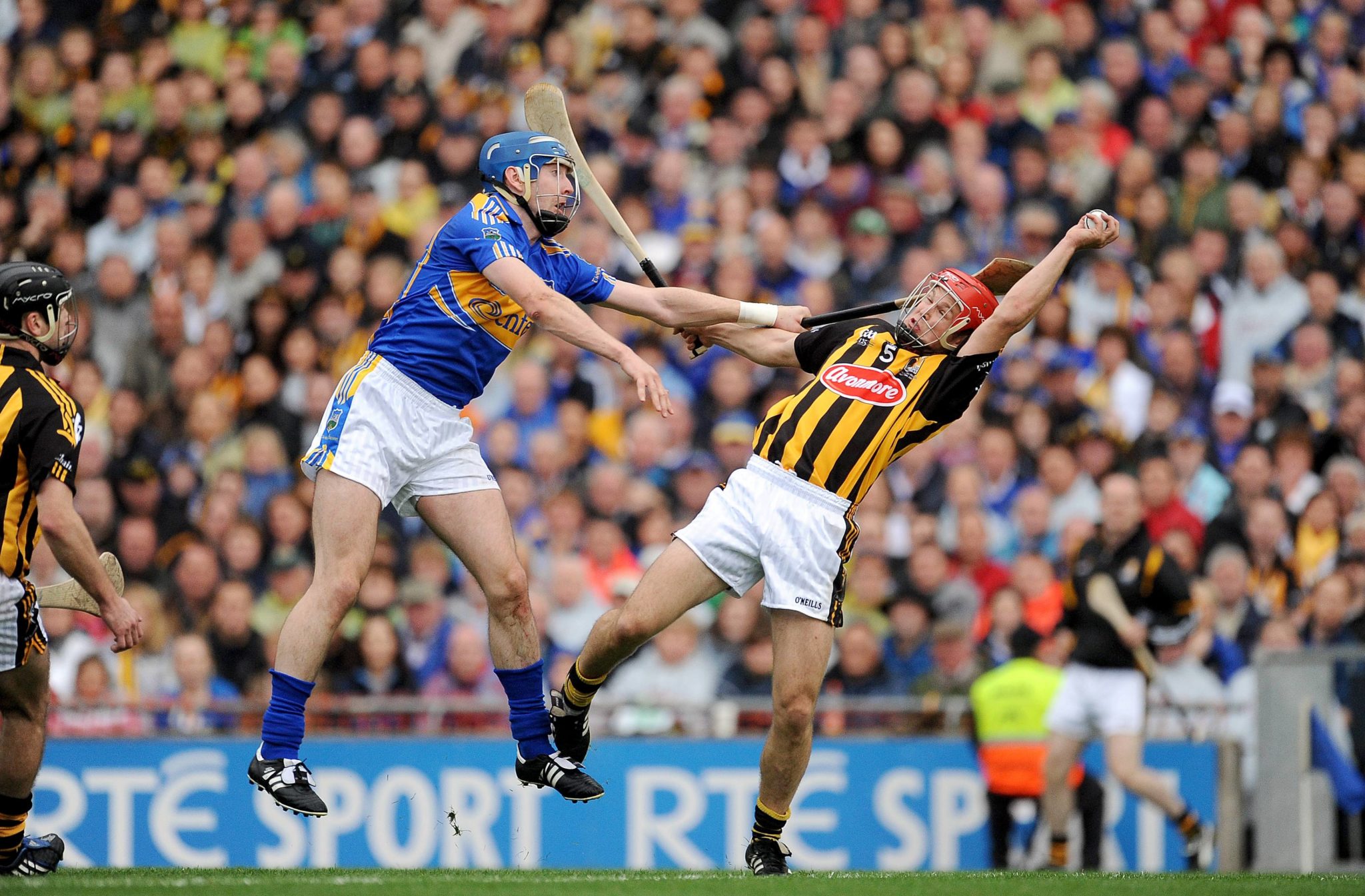 An easily identifiable trait of the Kilkenny teams he played on, Walsh laid out the basics of hooking and blocking the ball.

"There's a few different ones to look at," he outlined, "the close-in one, the far away one and then you have the diving block, which is always the most dramatic.

"J.J. Delaney did a diving hook against Tipperary in 2014 - I'd never seen one of them before. I still don't know how he did it."

Beyond those match-winning moments, he explained why the close-in hooks and blocks suited faster players, and those without such speed make use of being farther away.

"The close-in block you leave to the faster guys because this is where you get in tight to your man," he stated. "Wayne Sherlock at Cork was brilliant at it. Fantastic defender, great baller.

"Brian Whelahan, another magician. He was a rocket again - very, very fast. Colin Fennelly, 'Taggy' Fogarty, D.J. Carey - they harassed you until you threw up the ball and they got it away.

"From farther away then, you're standing about 5 yards away from your man."

No slouch himself, Tommy explained how he was initially thought the skill and the importance of keeping your eyes wide open throughout.

"It was called genuflecting," he said of the learning process. "You got down on one knee and just kept your eye on the ball.

"The thing we were told to look out for as young fellas was not to slap the ground. The guy who slapped the ground wasn't looking at the ball. He had his eyes closed."

Acknowledging the changes that have occurred in hurling during the years since his inter-county retirement, Walsh's time as a Kilkenny defender required a different kind of passing ability.

"We had fantastic ball-winners," he remarked of the forwards he was hoping to hit with his passes.

"Sometimes we got a bit of criticism over always driving high balls into our forward line but I saw those balls a 70-30 in our favour.

"If you hit a high ball in to Henry Shefflin, into Richie Power or even smaller lads like 'Cha' Fitzpatrick and Eddie Brennan, they were all fantastic men in the air.

"The high ball into those guys, that's what they wanted."

As he continues to play away with Tullaroan, however, Tommy Walsh remains familiar with the game's modern adjustments - even if he is not remarkably in favour of them.

"If a half-back when I was hurling tried to score and hit it wide you could be getting the curly finger five minutes later," he joked. "You had to let the ball into the forwards, that's where the danger was.

"I think we just have to go through this phase. It is not as exciting, but I don't think we'll be complaining about it the next 5 years.

"We'll just go through this phase."