Tom Ryan's assurances to those who do not share his faith in the feasibility of the new Tier 2 football championship are misguided, misleading and further example of the GAA's indifferent attitude to hurling's most vulnerable counties.

"We are good learners," claimed the GAA Director-General's report of the quick conception and quicker ratification of the Tier 2 championship late last year. "I believe it will work. I hope we all give it a chance."

Where the All-Ireland Senior Football Championship was a shoot-out for the Sam Maguire Cup between 31 Irish counties, London and New York, gone now are the qualifiers for early dropouts. In its place, unless you are New York, unfortunately, teams eliminated from their provincial championship will compete in a new Tier 2.

As it was before the inception of a 'back door' in 2001, one shot at the Sam Maguire is all that a sizeable portion of counties will get each year. This, at least, is something for all the GAA 'romantics' to hold onto, according to Ryan's report.

Devised in the down-time between last year's championship and the one ahead, Tom Ryan has shown the confidence one would expect from a leading executive of the Association. In the decision-making of Central Council, his faith is rooted in their ability to solve Gaelic football's issue of the best counties becoming too powerful. After all, they've crossed a similar chasm before, no?

"I think all of the participating counties would uniformly endorse the success of the Ring, Rackard and Meagher Cups," he suggested of the country's weaker hurling sides and their happiness with a tiered championship, "and more latterly the Joe McDonagh Cup as well; competitions involving evenly matched teams playing well-contested matches."

The multi-tiered solution to hurling's even starker divisions of power, Ryan is correct: these four competitions have provided competitive purpose to pockets of small-ball devotees across the country. If this alone is enough for Gaelic football's lower-ranked teams, the Tier 2 championship is likely to be a roaring success and Ryan's confidence is merited.

It seems that this is unlikely to be the case, however. 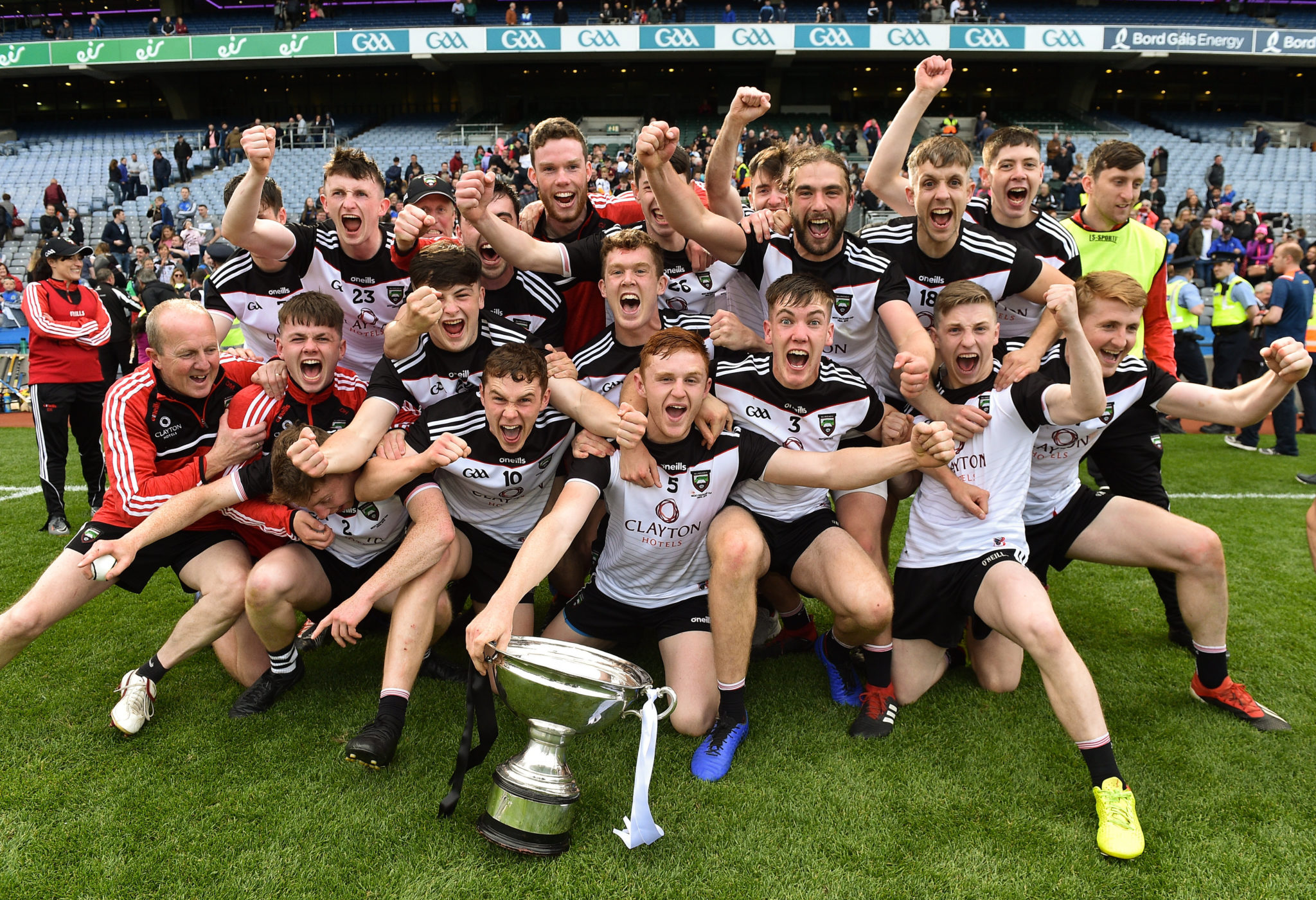 "The Association has obligations to deliver upon in terms of promotion and profile," noted Ryan of the as-yet unclear plans for selling this Tier 2 experiment to bipartisan fans, "and we will do so."

Consider the plentitude of commercial partners noted on the GAA's official website and marketing a new GAA-related product would appear straight forward. From covering their Post-Primary School Championship to the SFC three times over, it is a brand that stimulates and welcomes commodification.

With one notable exception, of course. Hurling's multi-tiered championship. The article of faith held up by Tom Ryan to those Tier 2 football agnostics in need of reassurance, the Meagher, Rackard, Ring and McDonagh Cups are about the only thing that the GAA bears responsibility for but yields no clear profit from.

Four divisions comprised of 25 teams, the cost of running these competitions is picked up by the funding that enters the Association through its more productive commercial commitments. As such, while Ryan can rightfully nod to the successful running of this tiered structure, it may as well be occurring behind closed doors for all that the GAA does to publicise it.

While a Lory Meagher Cup match between the hurlers of Louth and Cavan will likely fail to captivate even an audience within both counties, whose responsibility is this? In bearing no commercial commitment for hurling's tiered championships, it is largely in the GAA interests to all but ignore them.

With stakes that low, what does Tom Ryan's talk of 'success' even mean then? Is this it for hurling's weaker counties? Should they be satisfied with their distinction from elite-level counties? Is there no onus on the GAA to find a sponsor whose financial input could be redirected toward the hiring of Games Development Officers in these counties and coaches on the ground?

"When I see this Fenway Classic over in Boston and that game out in Australia," former Kildare hurler Tony Murphy remarked to Off The Ball, "that really gets me worked up.

"The GAA are talking about spreading the game internationally, but they won't even open their eyes and have a look at the national situation first!"

No new problem for hurling, it does bear asking the question: if the GAA are content to treat hurling's lower tiers in this manner, why should the newly established second-citizens of the football championship expect to be treated any differently? 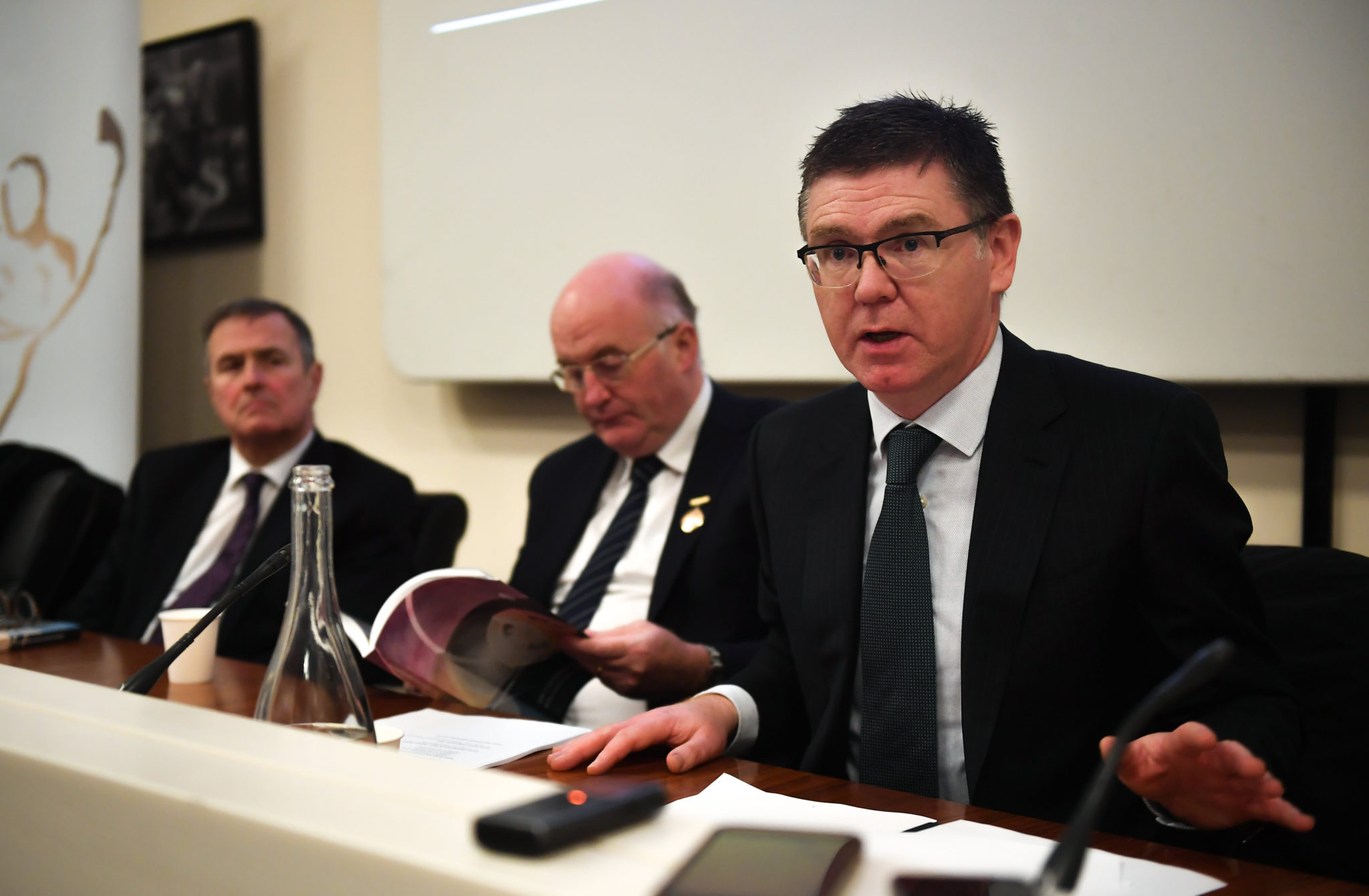 It would be facetious to suggest that hurling and Gaelic football suffer equally in terms of the disparity in skill-level shown by their best and worst. While the Dublin footballers would ultimately have about as much trouble with London as the Tipperary hurlers might find with Lancashire, hurling's mismatches demonstrate the brutality of defeat with a greater flourish.

Gaelic football unquestionably has a far wider grip on the public imagination than hurling also. Less visible, perhaps, when the All-Ireland semi-finals and final of both codes arrive at the tail-end of the summer, these fans of hurling's elite are rarely concerned with what is happening beneath the Liam MacCarthy Cup. The same cannot be said so assuredly of Gaelic football.

However, to what extent can this be regarded as a distinction worth relying upon?

In a competitive format where teams are incapable of improving their lot through recruitment and rely almost entirely upon the development of local talent, it is not unforeseeable that Gaelic football's Tier 1 drives on while Tier 2 remains static, or, regresses in terms of the quality therein. Should what is on offer in the Tier 2 championship fail to stimulate the players therein, the drain of talent we have seen in 2020 is likely to become an even greater issue.

"I do feel that the gulf in class and interest will happen like it is with the hurling," reckoned former Wicklow footballer Conor McGraynor in discussion with Off The Ball. "We'll end up just waiting for a fairy tale story to happen every year like Laois beating Dublin in the hurling last year. I don’t want that to come into football."

To a certain extent, McGraynor's sentiments beg the question: well, isn't that really what the championship under the previous format had become anyway? At this stage, would it not be more surprising if the Laois footballers were to beat Dublin and, as such, a tiered championship is better for all concerned? Perhaps.

Yet, consider the landscape of the Liam MacCarthy Cup and ask yourself, is this not exactly what the GAA would like the contest for the Sam Maguire to become? Eight or so teams of a similar quality competing against one another in blockbuster games year after year in an open, captivating and competitive championship?

It certainly sounds appealing and is, to an extent, what we have already seen with the introduction of the Super 8s. Yet, what of the rest?

"A more pressing matter is a name for the cup," noted Tom Ryan in his report, attempting to attach some semblance of the GAA's rich history to this new format. "This weekend will bring news on that front, and we can henceforth drop that terrible "second-tier" tag."

Good news for those county footballers who may have been worried that their efforts were going to be considered secondary, then.

Of course, that the GAA themselves used this Tier 2 tag in the first place shouldn't matter. They may well simply have stopped talking about it altogether sooner rather than later.