How Sligo's most successful management team were forced to walk away

A set of bizarre circumstances triggered the decision of Daithí Hand and Peter Galvin to act on their frustrations and walk away from the Sligo Senior Hurling team last week.

Across two full years with the county, manager Daithí Hand, alongside Peter Galvin and their committed staff, led Sligo’s hurlers through successive championship wins to the unprecedented heights of the Christy Ring Cup.

In a county where hurling’s popularity relative to Gaelic football has traditionally resembled an inverse of Kilkenny’s GAA priorities, the Monaghan native Hand conjured something of a golden era.

Inter-county hurling no longer had the feel of something which simply happened year on year.

Through the canny recruitment of his management team, a collection of talented players at their disposal and the setting of achievable goals, progress came quickly for both the senior team and hurling’s general development across the county.

Over the course of a few wild days earlier this month, that progression was gravely endangered. To the great disappointment of those involved, Sligo hurling’s big bang fizzled out. 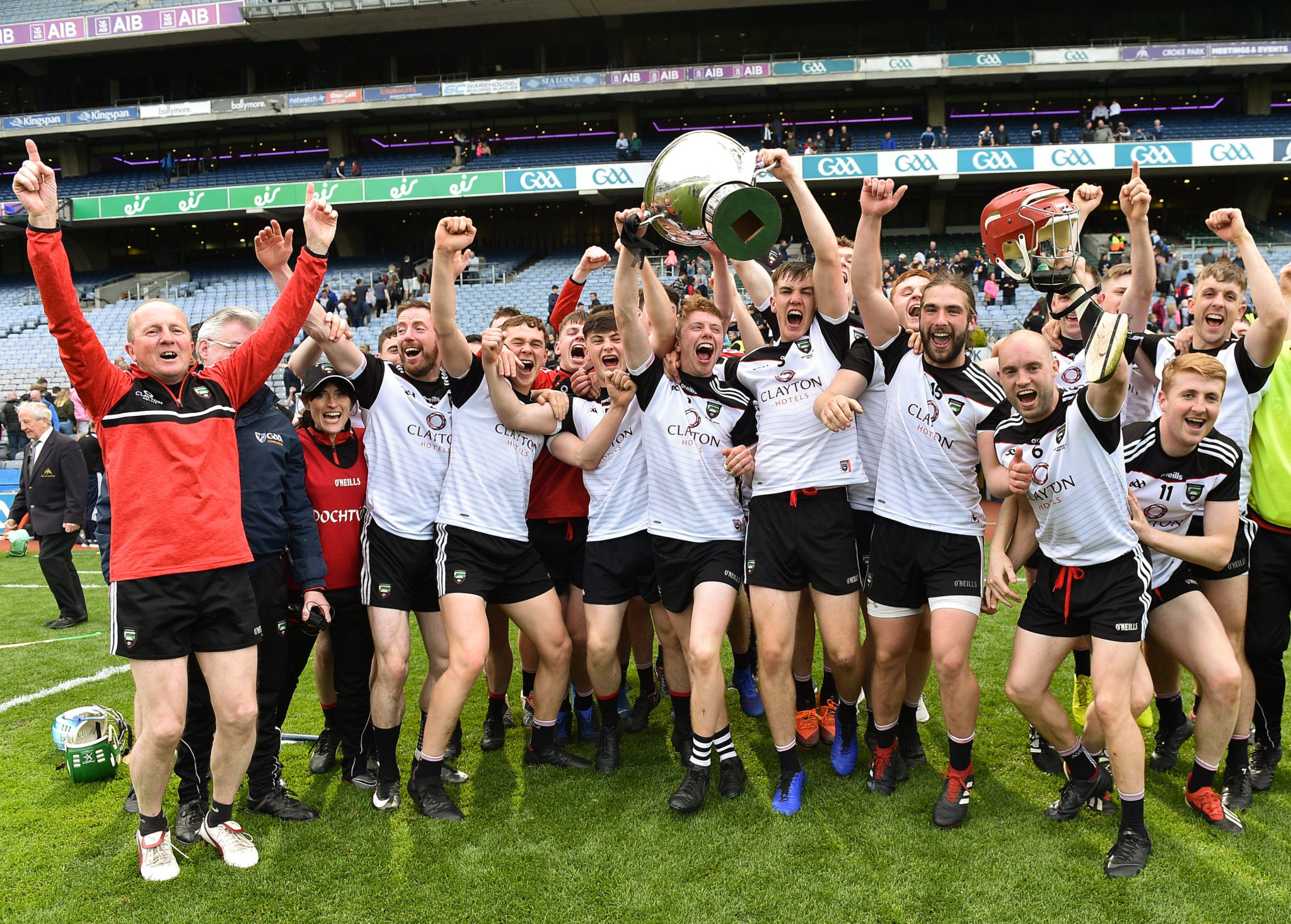 Shortly before 10:00 pm on Sunday night, a brief article on Sligo GAA’s official website confirmed the departure of Daithí Hand and his management team.

Published almost 36 hours after Hand and Peter Galvin had informed the County Board of their final decision to leave, the 81-word statement, which was not shared on Sligo GAA’s social channels, failed to clarify why this exceptionally successful management team were stepping away.

Less than one month before Sligo were scheduled to contest a league final and compete in the hurling championship’s third tier for the very first time, an inexplicable situation was treated as if routine.

In reality, the departure of both Hand and Galvin signalled a shared disappointment with what they perceived as the mistreatment of Sligo’s senior hurling team by the County Board.

“There are good people on that County Board,” admits Hand in conversation with OTB Sports, “but I personally don’t think they have any overall interest in moving hurling forward.”

Although additional internal issues within their management set-up contributed to this downfall and will be shortly addressed, disagreements regarding what they believed Sligo’s hurlers needed and what the County Board was willing to give framed much of Hand’s tenure in charge.

Relentlessly driven, he classes himself as being of the Jim McGuinness school of sports management. Entrusted with providing a vision for how Sligo hurling should be run, he grew dismayed with the hierarchal resistance to commit.

While such dedication has done wonders for Sligo’s hurling team on the field, it has not always made for a smooth relationship between management and the County Board. Although Hand and his staff have demonstrated ingenuity in finding solutions where assistance has been forthcoming, with certain tasks they were at the mercy of those above them.

RELATED ARTICLE: "There will be a bite in the heart" | Sligo selector ready for Croke Park return

“We were trying to get through permits for two lads from Galway,” explains Hand, the lads in question a pair of brothers with Sligo roots keen to represent the county at senior level.

“They showed an interest in playing for us and we went through all the appropriate channels. In terms of paperwork though, the County Board were leaving it all to me.

“I had to contact their mother’s club in Tourlestrane and get the paperwork over the line. That paperwork went into the County Board on August 17th and then on Sunday, September 13th I was told that there had been a problem and their permits hadn’t gone through.”

Although previously assured that both players would be eligible to play for Sligo in 2020 by members of the board, something had gone wrong.

Despite lodging the request in January, the GAA required a separate piece of supporting documentation to complete the process. If the players were to be eligible for Sligo in 2020, it was understood that this requirement had to be satisfied before March 31st

It was this supporting documentation that Hand himself had had to seek out and finally submit in August - five months after the deadline.

Gravely disappointed with the lack of administrative assistance they received from the County Board, the loss of both players hampered their hopes for a more competitive panel to meet the increased demands of Christy Ring Cup hurling later in the year.

“We were given information that these transfers had gone through when they in fact hadn’t,” notes Peter Galvin, the complete process something which the Sligo County Board refused to comment on when contacted by OTB Sports.

“That was difficult because we had given those two lads our word. The basis of what we do is built on trust and it is hard to look a man in the eye after that has been breached.”

On Monday, September 14th, it was confirmed to Hand and Galvin by way of correspondence between the GAA and Sligo’s County Board that the players would not be eligible to play in 2020.

They tendered their collective resignation later that evening.

It came as some surprise, therefore, that the GAA got back in touch with the County Board on Tuesday to relay an alternative message.

While the permits had not yet been granted, it was successfully argued by a conscientious member of Sligo’s County Board that the rule in question stipulated that the process had only to be commenced by March 31st for the players to be eligible.

Given that the procedure had started back in January, Hand and his management team had had the Galway brothers available to them all along. 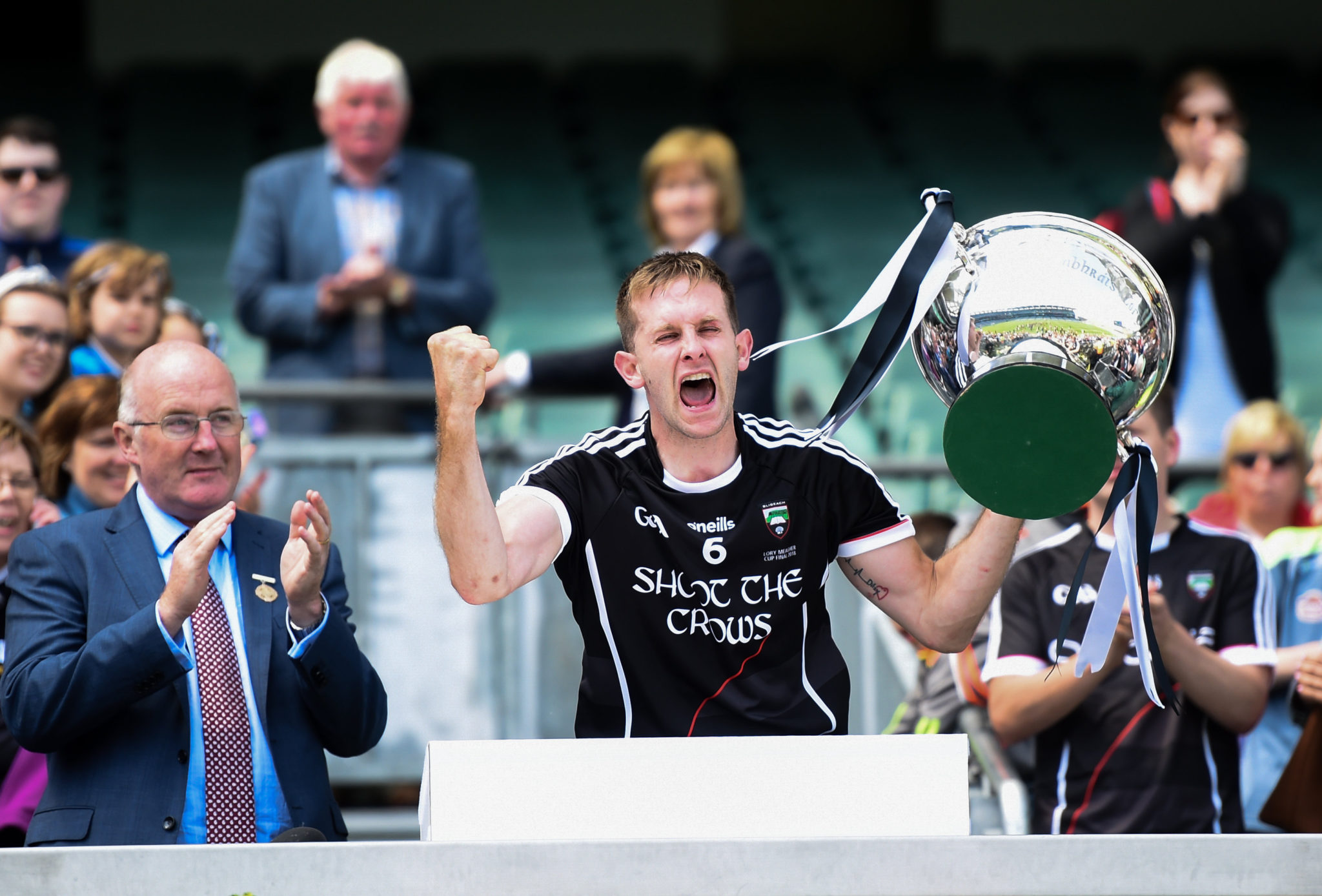 In isolation, the confusion and frustration surrounding this incident may not have warranted such definitive action. Yet, as Hand and Galvin considered their positions on that Monday evening, another issue was already at play.

“We found out that one of our coaches had been involved with a club side in Sligo unbeknownst to us,” explains Hand, the club in question one of the four in this year’s county semi-finals.

Although the coach broke no rules, the circumstances in which this arrangement commenced, combined with the manner of its discovery by Hand and his staff, was deemed problematic.

In the period where GAA clubs had returned to training, Hand and his coaches offered their services to Sligo’s six hurling clubs. If interested, they were given the opportunity to avail of an inter-county standard session with one of Sligo’s coaches.

After conducting such a session with one of the clubs who would compete in this year’s semi-finals, the coach in question ended up working with their opponents before both teams met on Sunday, September 13th.

An understandable situation in a county boasting so few senior clubs, the coach, who was not previously affiliated with any club in the county, continued working with the latter club in a personal arrangement distinct from the initial work he conducted as a Sligo coach.

This arrangement, although perfectly legitimate, was at no point revealed to Hand or his management team.

“We went as a group to Markievicz Park in our tracksuits for the semi-final,” recalls Hand of the county semi-finals that pitted both clubs against one another.

“Anyway, a short while later a recorded voice message pops into our WhatsApp group and it was the coach giving directions to one club on how to set up their full-back line.”

To those members of the Sligo management team who heard it, there was no doubt that this voice message had not been intended for this particular WhatsApp group.

“We were confident then that the coach was doing a job for this club,” states Galvin, “and we as a management team felt compromised that the coach had been out with a club like that. It was a line we didn’t want to see crossed.

“But look, that situation alone was not why we resigned. That coach did a powerful amount of work for us and it hasn’t been underestimated.”

It is now understood that the coach in question has applied for the role of Sligo’s Senior Hurling manager in Hand’s absence. The Sligo County Board have similarly refused to comment on the matter.

GAA RESULTS | All the scores from Saturday's action