Caught up in one of the most memorable moments from yesterday's All-Ireland final, Tipperary's Cathal Barrett shared his sympathy for the red-carded Kilkenny forward, Richie Hogan.

"The jaw is not too bad now," revealed Cathal Barrett to Off the Ball live from Tipperary's hotel this morning.

Struck by Kilkenny's Richie Hogan late on in the first half of Sunday's All-Ireland final, the collision resulted in referee James Owens issuing a straight red card to the Danesfort hurler.

A decision that swung the match a little more firmly in Tipperary's favour, it was widely accepted to have been the correct decision; albeit not necessarily within Kilkenny circles.

"You have to give huge credit to any man that steps out on that field," noted Barrett after the question was put to him over the sending-off, "to put in what you put in over the last nine months.

"It is disappointing for someone to have that taken away after training for nine hard months for the big day.

"Personally, you would feel very sorry for Richie because you don't want to see anyone's day taken away." 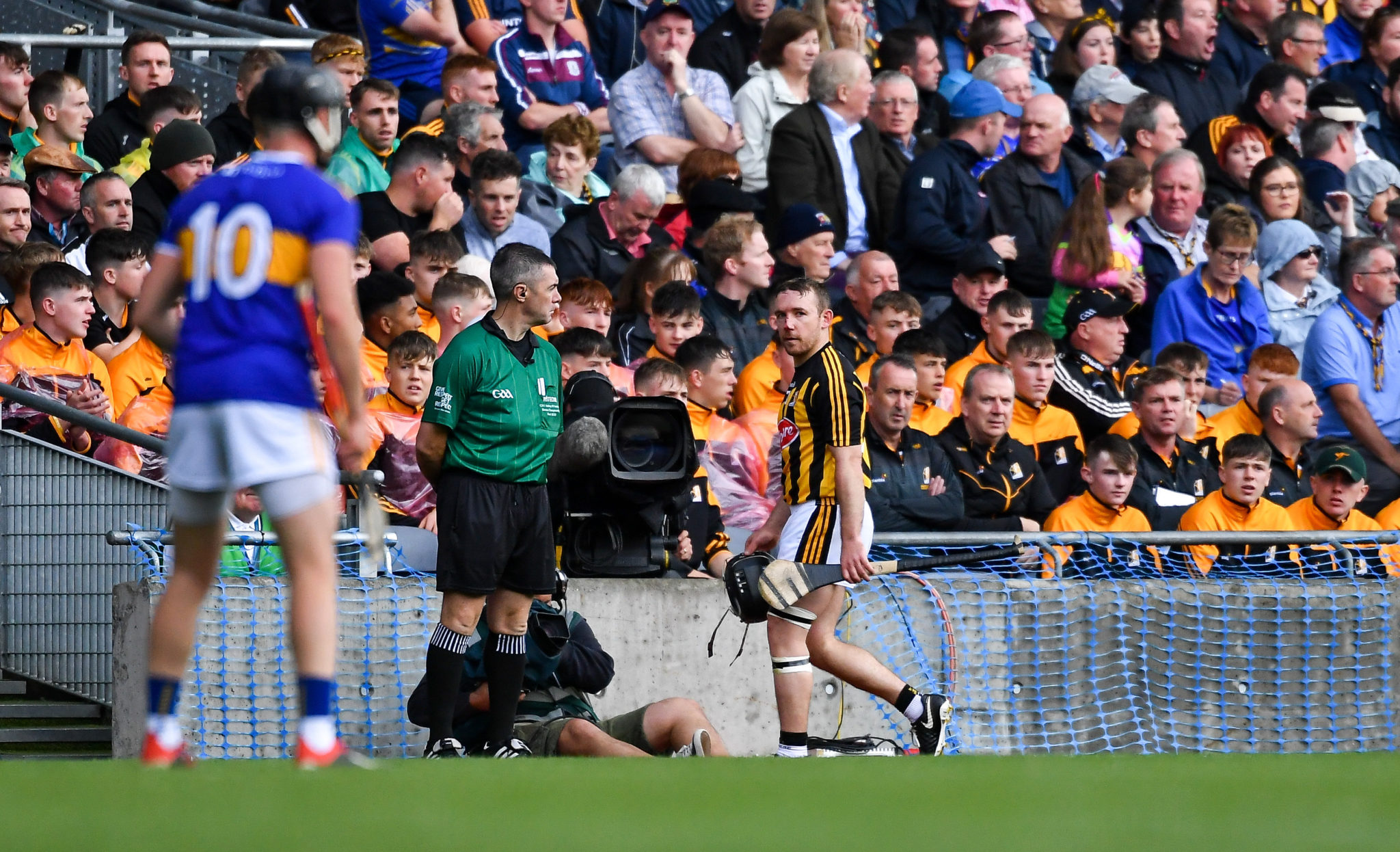 Seen to be moving away from Richie Hogan when the Kilkenny forward lifted his arm toward the Tipperary man's head, Cathal Barrett was keen not to dwell on the sending-off for too long.

"There's nothing really much I can say," he admitted, "I don't know what the rule is with the high tackle, but personally I'd feel sorry for him."

However, regarding the anguish surrounding an earlier collision between the pair whereby it was felt Barrett had escaped punishment for an unlawful hit on Hogan, he did not entertain the notion.

"If you're going on about that, you're clutching at straws," he suggested.

"I've seen the footage and it is clear as day that I'm going for the ball. I wasn't looking at Richie, I was looking at the ball.

You can read Niall O'Meara's thoughts on the importance of Eamon O'Shea to Tipperary's All-Ireland win here.

For all Waterford's progress Liam Cahill did wrong by two players