'I am immensely proud' | Shane O'Neill after Galway's loss to Limerick

Galway hurling manager Shane O’Neill praised the character of his players after Galway were bea...

'I am immensely proud' | Shane O'Neill after Galway's loss to Limerick

Galway hurling manager Shane O’Neill praised the character of his players after Galway were beaten by Limerick in the All-Ireland Senior Hurling semi-final on Sunday.

Limerick booked their place in the All-Ireland final after they beat Galway 0-27 to 0-24 in Croke Park in the semi-final.

O’Neill believes that the there was not much separating the two sides, as the scoreline would suggest, at the end of the game.

“I don’t think there was much difference to be honest, which is reflected on the scoreboard,” O’Neill said.

“There is so much happening; it is only when you have time to go back [that you can] look at it and reflect on it.

“But, I think as the game was going on, it could have gone either way. We were down by maybe five at a stage but came back again, which is a testament to the character of the boys. 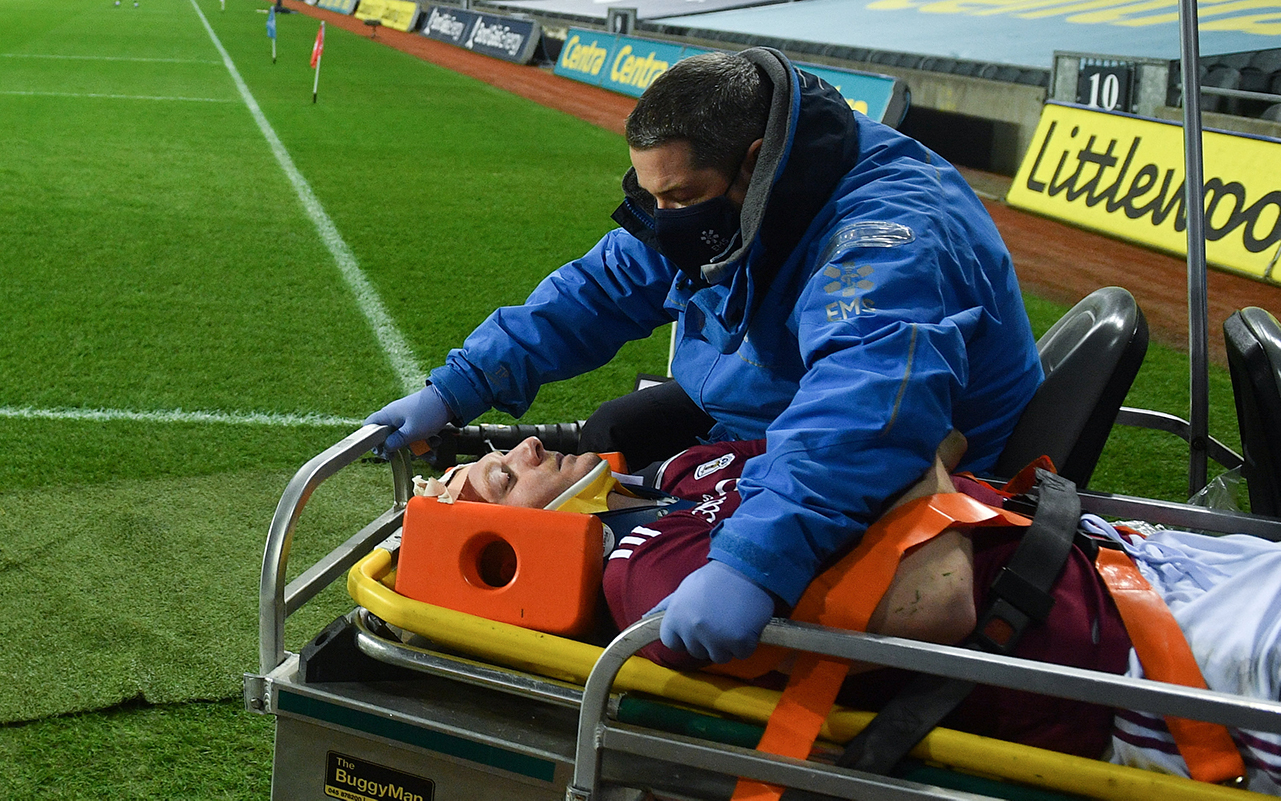 Joe Canning of Galway leaves the field on a medical buggy after sustaining an injury during the GAA Hurling All-Ireland Senior Championship Semi-Final match between Limerick and Galway at Croke Park in Dublin. Photo by Eóin

Galway were hit by injuries on the day, with Joe Canning being a particular concern after being carried off on a stretcher.

Although O’Neill could not give an update on Canning’s condition, he was happy with the way the substitutes played when they all came on.

“The substitutes were absolutely fantastic when they came on; every single one of them,” O’Neill said.

“The 15 today, the five [substitutes] and the other six that didn’t get game time today, and the boys at home, we are just immensely proud of everything they’ve done over the last [12 months].

“We are 12 months in it now, but realistically it is only a month or two really, so they have been just unbelievable for us and they have done Galway so proud.”

The former Limerick hurler is not looking ahead to next season just yet though, as he simply wants to get his Galway side over the tough loss.

“We are not looking forward at the moment,” O’Neill said. “We are just going to try and gather ourselves in the dressing room there now.”