Limerick produced a dominant performance against Cork at Croke Park to retain their All-Ireland h...

Limerick produced a dominant performance against Cork at Croke Park to retain their All-Ireland hurling crown by 3-32 to 1-22.

The All-Ireland champions blew Cork away early, scoring three goals to add to their tally of 18 points in the opening 35 minutes.

John Kiely praised his side's work rate after the game and added that there is more to come from Limerick in the future. 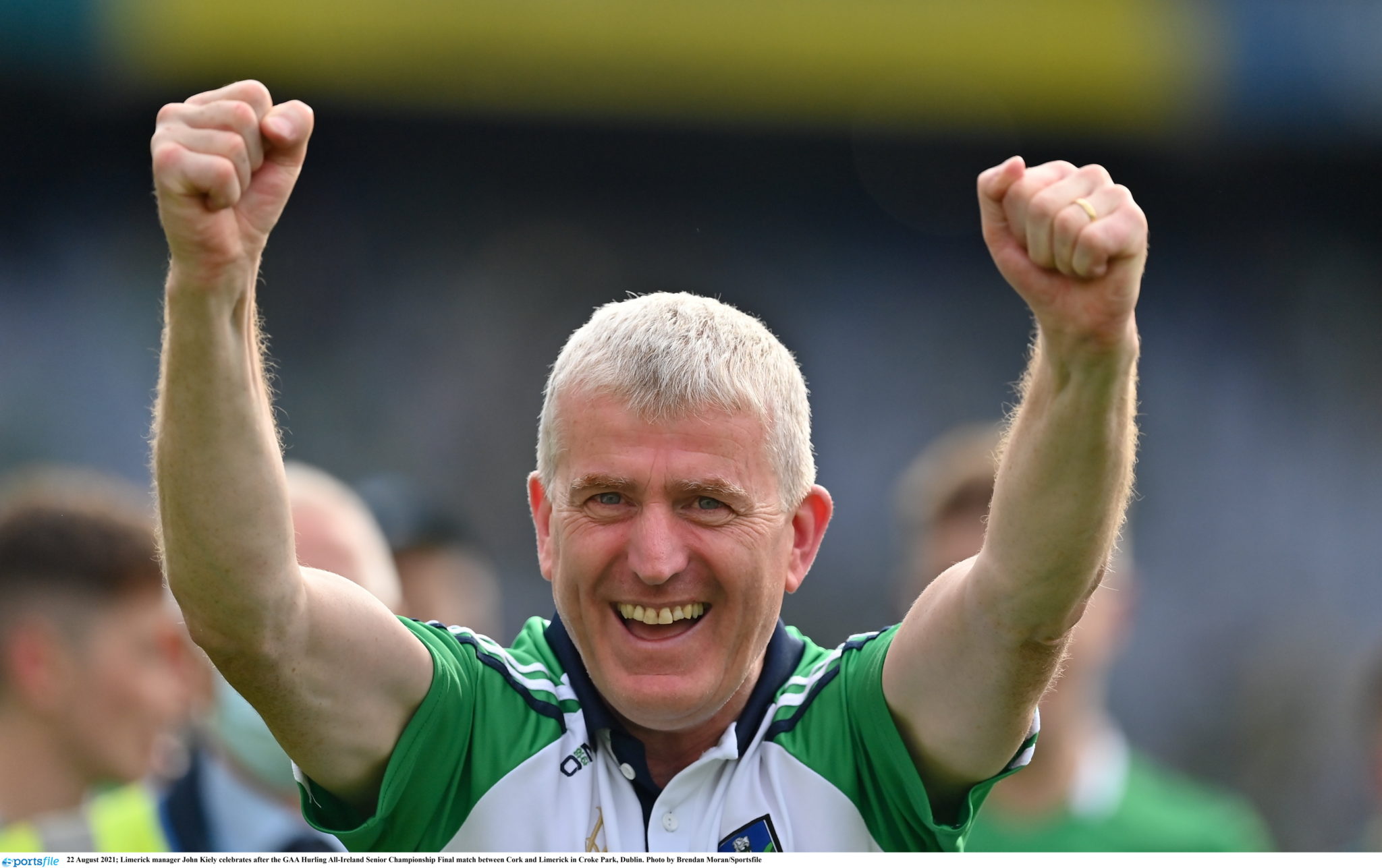 "I am absolutely thrilled, it was a fantastic performance," Kiely said.

"There was great consistency in it from start to finish. We worked really, really hard. That is one thing I am most proud of, how hard we worked collectively.

"This group are very much on an upward trajectory and I think today's performance copper-fastened that."

Gearoid Hegarty found the net after just two minutes and while Cork did respond with a goal of their own almost immediately, through Shane Kingston, Aaron Gillane grabbed another for Limerick soon after to set the champions on their way.

Limerick's forward line continued to find space across the pitch and it wasn't long before Hegarty added the third goal, just before halftime.

Limerick's ferocious start to the game had many wondering whether or not it was the most dominant first-half display in the recent history of the hurling championship. 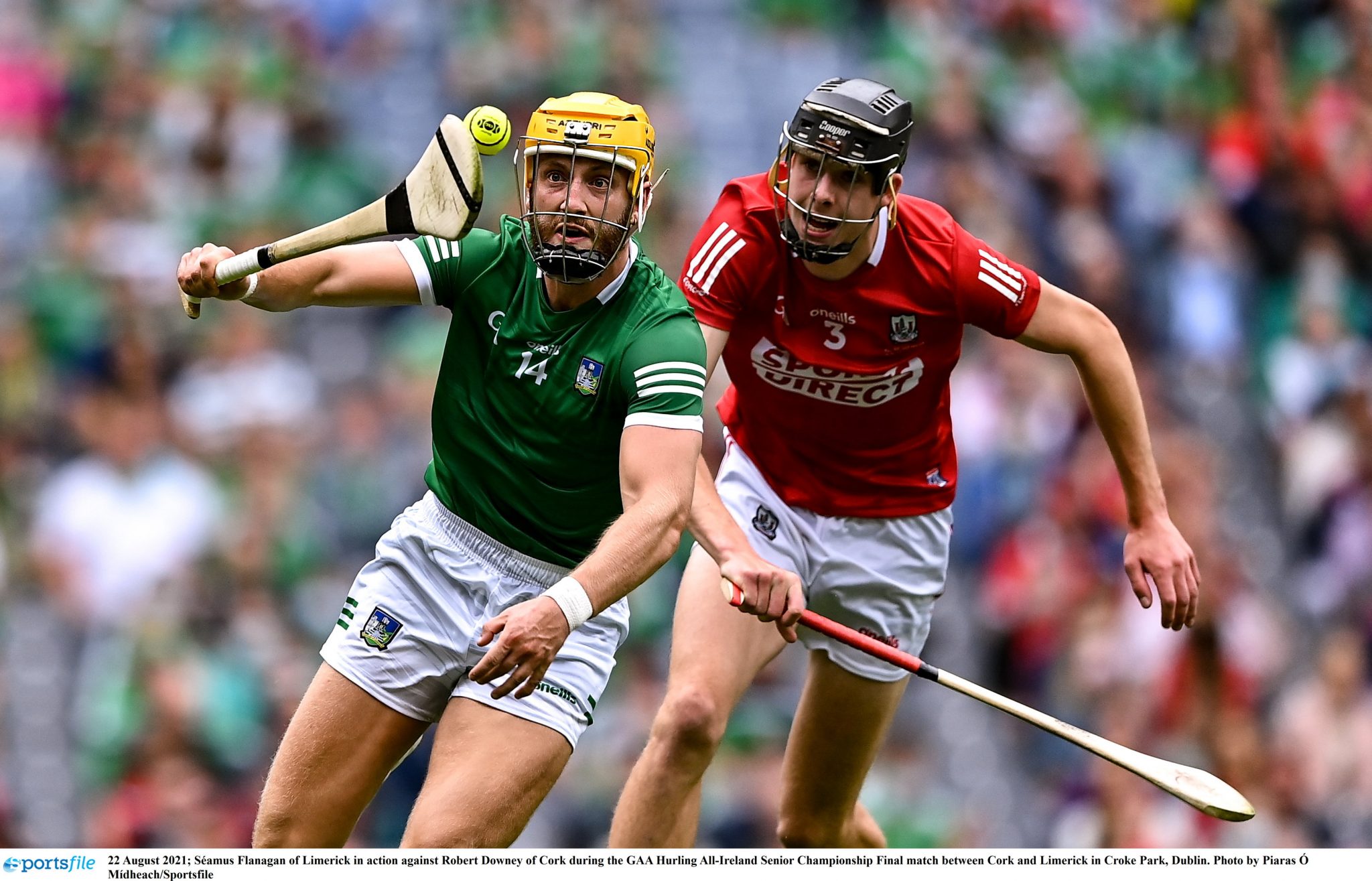 After the restart, they continued in the same fashion, producing some outstanding attacking play.

While the attacking players will rightly gather up much of the plaudits, Limerick were also relentless in their pursuit of the ball, regularly forcing turnovers from Cork and offering the Rebels no way back into the match.

After defeating Waterford in December to lift the Liam McCarthy Cup, Kiely hailed his sides defensive prowess and it was on full display once again at Croke Park on Saturday afternoon.

Cian Lynch hailed the hunger and spirit of his teammates after picking up the man of the match award.

"Once we step inside the field, or go training, this is our family," Lynch said.

"We fight for reach other, we'll die for each other."

Incredible to watch this - have we ever seen a half in an All-Ireland final with this level of dominance?

With the victory, Limerick picked up their second hurling championship in a row and their third title over the past four years.

They have separated themselves from the rest of the pack and it will take a special effort to prevent them from adding another All-Ireland title in 2022.

FT: Limerick 3-32 Cork 1-22
'Limerick you're a Lady' rings out around Croke Park as The Treaty County celebrate their third All-Ireland title in four years.#RTEgaa #TheSundayGame

Captain Declan Hannon, who won his third championship as captain, paid tribute to the Limerick supporters after lifting the cup.

"Last but not least to all the Limerick supporters out there today, you don't know how much it means to have you back. Keep smiling, Luimneach Abú," Hannon said.