A summer without sun - when Limerick went to Cork and won

Limerick’s championship came to an end as “Hey Baby (Uhh Ahh)” began its six-week stay atop the Irish Singles Chart in late July 2001.

Beaten by Wexford in an All-Ireland quarter-final, the summer thereafter belonged to DJ Ötzi.

"One factor in the song's sell-out status may indeed be the rotten summer," reckoned one Irish Independent columnist, unseasonable rain blamed for its ubiquity.

"It is precisely the sort of summery sound which the soggy preteens of Ireland need to take their minds off the weather."

Limerick’s demise didn’t owed much to the weather; although the sun had been shining when they travelled to Páirc Uí Chaoimh two months earlier. 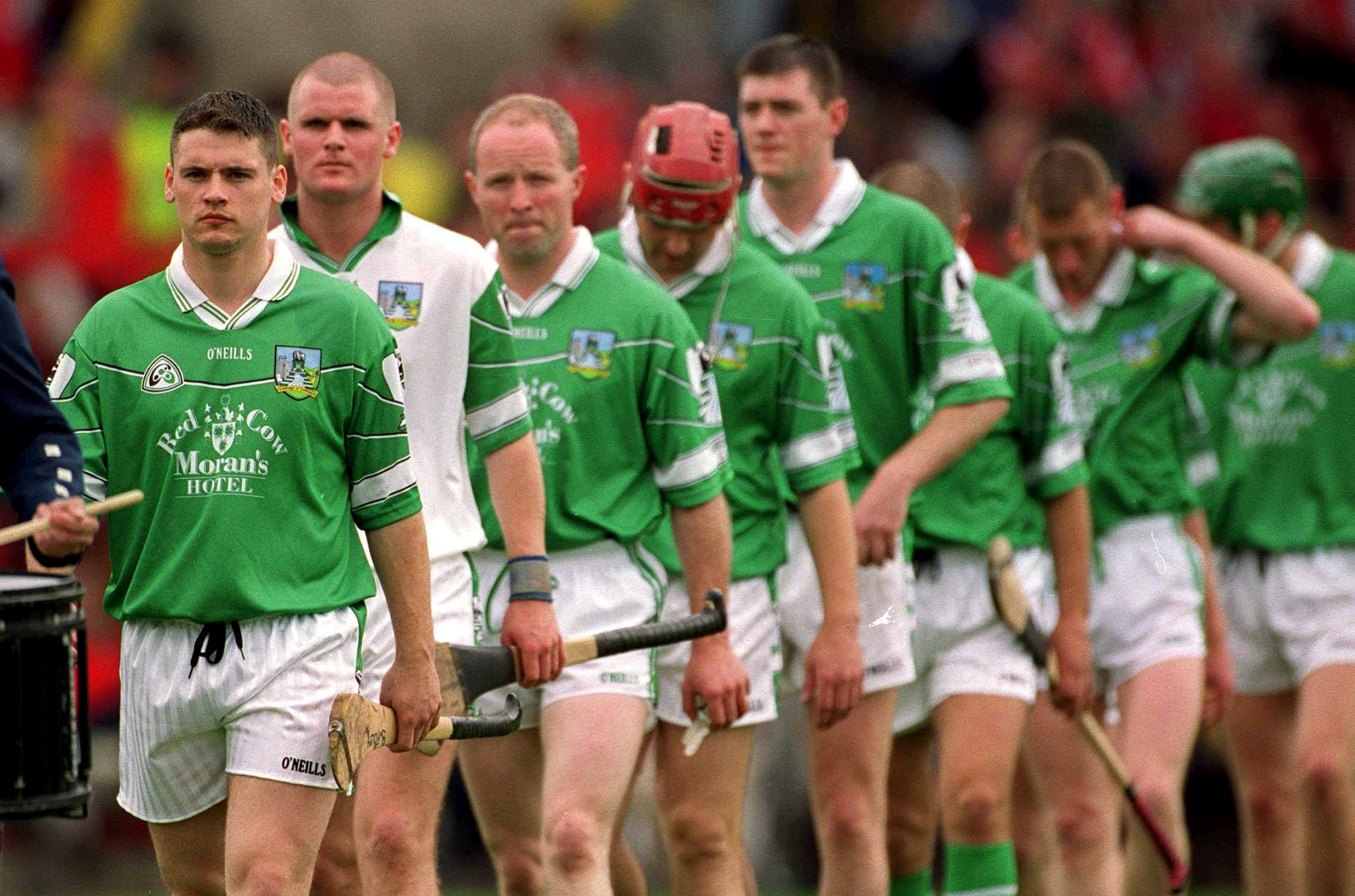 Eamonn Cregan’s team were not fancied to hurl beyond May, such was the perceived difficulty of their early Munster encounter in Cork.

"We knew we were going down to the lion’s den," Ollie Moran recalls, then a 25-year-old centre-forward. "So, we trained harder than we had ever trained and got our shit together."

Five years earlier, Tom Ryan's team had ended a decades-long hoodoo against Cork at Páirc Uí Chaoimh on their way to an All-Ireland final. Yet, Stephen McDonagh, Mark Foley and Ciaran Carey were the only figures from '96 available to Cregan.

Of those that were on the pitch, anyway.

"We used to attend every county match for as long as I can remember," James Butler explains, an 18-year-old Limerick supporter when he travelled with family to Páirc Uí Chaoimh in ’96.

"I suppose I wouldn’t have been necessarily thinking then that I’d ever play senior hurling for Limerick. I was dreaming about it more than anything else."

In the summer of 2001, reality far exceeded Butler’s dreams.

"To be honest with you," Barry Foley states upon hearing Butler's name, "the goal James scored is my favourite championship goal ever."

A moment no more than five seconds long, unpack it carefully and you understand his admiration.

Firstly, there was the pass.

"Talk to Ollie and he’ll probably tell you he meant it," Butler jokes, "but the jury might be out on that one!"

Moran’s first meaningful act had opened the scoring for Limerick and the visitors were 0-3 to 0-2 ahead when he picked up a loose ball just inside Cork’s half.

"It was the perfect ball for a corner forward," Moran remarks of the pass that followed, "and the worst ball possible for a corner back."

Indeed, so precise was his pass that in catching it alone Butler had both the ball and an angle to run at his man, Cork’s John Browne.

"James had great pace," Foley states knowingly. That is, after all, what Cregan required.

"Everything was fast with Eamonn," Moran remembers. "Every night in training: ‘speed, speed, speed!’ It became something we’d have a bit of banter about, but it resonated with our lads."

"If things were ever a bit laboured or casual," Butler concurs, "Eamonn would bring everyone back in and hammer us with ‘speed, speed, speed!’ He wanted everything done at breakneck speed."

The 21-year-old Butler had bags of it. Fortunately, he could hurl too.

Ball in hand, he accelerated towards goal. Using the full length of his extended hurl to keep the sliotar out of Browne’s reach, a slight shimmy to his left brought the ball back to hand and steadied Butler for the shot.

"A lot of this was instinct," he explains, "it was the kind of move you might try 20 times in a match, and it will come off only once.

"But Brian Begley had pulled Diarmuid O’Sullivan out a bit so the whole area had opened up. When I caught the ball and turned, it was just green grass and Donal Óg Cusack in front of me.

"Sure, I suppose my instinct then would have been to have a go off it and take the shot on."

With what fine results! 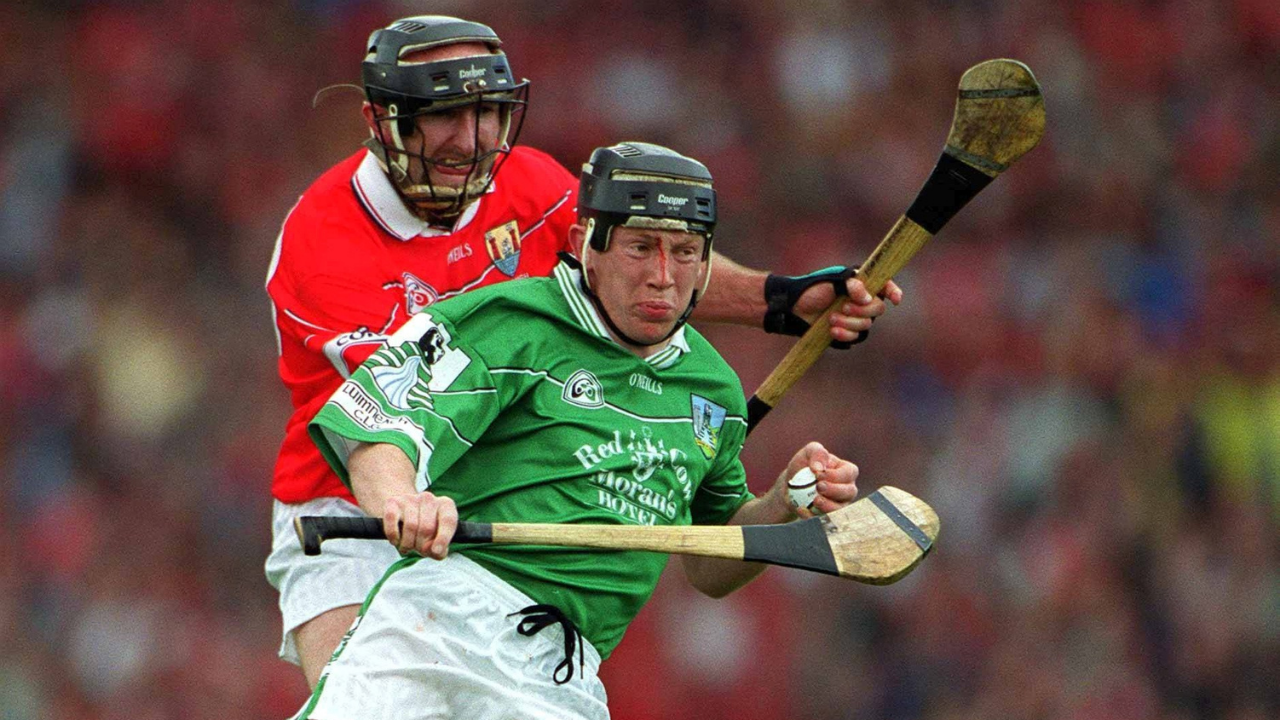 "Jesus, I imagine every young fella in the country was out that night trying to recreate that goal," Moran suggests. "Anytime a shot goes in the top corner, that’s the holy grail for a goal-scorer."

Struck accurately and with ferocious power, Butler’s effort spent only a few milliseconds in the Cork goal. Rebounding off the stanchion, the match camera only catches up with the sliotar as it rolls back out across Cusack’s square.

"It would have been a highlight of my career to score any goal for Limerick," Butler stresses, "but that was a big enough stage and, yeah, I was thrilled."

In amongst all the excitement as he peeled off to celebrate his strike, a Miraculous Medal given to him by his mother popped out from beneath his jersey and started hitting him in the face.

"It was a spur of the moment reaction to give it a kiss," he explains, a moment all that he really could spare for in the grand scheme of this game Limerick's quick start would soon hit a lull.

"We were clapped off the field at half-time," Moran remembers, Limerick six points clear at the interval, "and hanging on for dear life by the end."

Butler’s goal temporarily forgotten, the Murroe-Boher clubman knows it could have been for naught had the winning score not come from elsewhere.

"Some days they go over, some days they don’t," Barry Foley reasons, downplaying his wonderful sideline puck in the dying moments of a championship thriller in Cork. "It was a lottery really, not like Joe Canning now who has the whole thing down to a tee."

He does himself a disservice.

Cyril Farrell: “He’ll go for this if he’s able… go for broke.

Ger Canning: “It would put Limerick in front again. He’s gone for it… He’s got it!

Ger Canning: “You can hear the cheers in Patrickswell.”

Not the final effort at goal either Limerick or Cork would muster, this was the last one that mattered.

The media! Everyone of them wrote us off. There was a statement in the Cork Examiner last Friday or Saturday that there were four men in the Limerick team that would be afraid to go into a dark room. There’s the answer today that those four men gave.

A bolter under Cregan, he was cut loose again by Dave Keane in 2003. Instructed that his club form would be watched closely, Butler never hurled for Limerick again.

"It was bitterly disappointing," he admits, "but look, it happens most players that the time comes where they’re deemed surplus to requirements. You deal with it."

Moran and Foley played on another few years and featured on the panel that reached an All-Ireland final under Richie Bennis in 2007.

"I think James had more to give Limerick hurling," Moran states, surprised in hindsight at how early Butler was let go. "That first half hour’s hurling in Cork was without a shadow of a doubt the best we’d had in my time, certainly up until about 2007 anyway.

"Things just went our way and James’ goal kind of summed that up."

Nevertheless, disappointment fades and Butler is proud of his contribution.

Buoyed by their defeat of Cork and the win against Waterford that followed, Cregan took one final shot in 2002 at doing with Limerick what he had managed with Offaly in '94 - win the All-Ireland.

In the aftermath of what appeared a team-defining victory in Páirc Uí Chaoimh, why not? His men, Limerick men, DJ Ötzi and Ireland's sodden summer could wait.

This was their day and Ireland's #1 single had a certain serendipity to it. The sun was shining in Cork and Geri Halliwell was on the mind - it was raining men.