From Holycross to Jones Road Croke Park, it was a sea of blue and gold Sunday as The Premier coun...

From Holycross to Jones Road Croke Park, it was a sea of blue and gold Sunday as The Premier county won their 28th All-Ireland title.

Echoes of the Galtee Mountain Boy heard from the bar stools of The Ragg, Ryan’s in Killoscully to Kennedy’s in Drumcondra, a joyous day for Tipp people and especially a team that had so many questions over them these last two years.

Over twelve months ago Tipp had failed to get out of the Munster championship which left a void in the county, a summer without seeing Tipp in the hurling championship isn’t really a summer at all. There were questions of the team’s mentality and whether or not some of the players that have dedicated so much to the jersey over the last ten years had the legs to push for Liam McCarthy again. Well those questions were well and truly answered on Sunday.

When the confidence was gone, Tipp said to Liam, “They have no more confidence”

He may not be turning water into wine but by God Liam Sheedy has got the confidence back into this team which had been missing for the last two years.

2016 isn’t that long ago but everything that has happened in those two years makes it feel a lot longer, long enough to cast a grey cloud over Tipperary hurling. Mick Ryan led the team to Munster and All-Ireland success in 2016 when it felt as if Tipp could go on to do great things and win back-to-back Liam McCarthy’s for the first time since 1965.

An impressive start to the 2017 league brought great excitement and comments that Tipp even had a panel like the Dublin footballers. In April though they hit a brick wall as Galway blitzed them by sixteen points in the final that year. The next two championships Tipp looked a far cry from the side that won in 16 and change was needed.

It hasn’t all been plain sailing but results are key when it comes to sport and Liam, his backroom team and the players have delivered with the biggest prize. 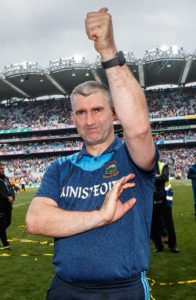 There were so many things that stood out from a Tipp perspective as I watched from the Hogan stand on Sunday. The game obviously didn’t live up to the classic encounters of 09 or 14 as the competitiveness had its life sucked out with Tipp delivering a brilliant second half performance outscoring The Cats 2-16 to 0-09. The red card to Richie Hogan did play a part and it was a red no doubt about it. Some of Tipp’s play and scores were outrageous from the high fielding of Ronan Maher and Barry Heffernan to John O'Dwyer scoring a Bubbles like score out on the sideline as if it was a normal day of practice down on the pitch of Killenaule. 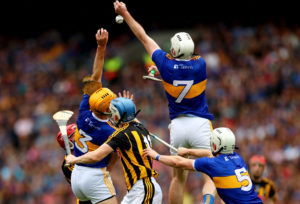 As the final whistle drew near and as Eamon O’Shea walked up the sideline encouraging the defenders to stay focused and keep fighting, Willie Connors knocked over a point which fans celebrated as did Eamon who fist pumped and celebrated with delight and pride knowing the game was well and truly over. Eamon was so unlucky in 2014 and 15 not to lead Tipp as manager to an All-Ireland and it was great to see him have this moment aa well because he has been a massive part of Tipp hurling over the last ten years.

After the lap of the pitch from the players had been done I looked around and up above in the stands giving that same smile we saw near the end of the 2016 final was Mick Ryan, former Tipp manager 2016-18. His last two years in charge may not have gone well but the Upperchurch-Drombane clubman was another man who played a vital role with Tipp hurling over the last ten years most notably winning Munster and the All-Ireland in 2016.

All-Ireland final days are special and especially for young fans. Playing at the highest level and on the biggest day I saw the likes of Dan McCormack, Ronan and Paudie Maher show their appreciation to the support given by walking back up the steps to where the subs sit to take pictures and sign jerseys for fans that waited around. Special moments for those young boys and girls who will remember the day even more.

2018 was a tough year for Drom and Inch clubman Seamie Callanan who had back surgery which was something he never fully recovered from in last year’s championship. It was no surprise that his performances last year didn’t meet his high standards but he has come back in goal lusting fashion this year with a goal in every championship game 8-18 in total, all but one point from a free.  A remarkable season and his work off the ball needs to be mentioned. I remember back in late January when Tipp played Clare in Thurles, Callanan ran over sixty or seventy yards bursting a lung to get a hook in showing why Sheedy named him as captain this year. That work was shown throughout this championship.

Overall this championship may not have lived up to the competitiveness of 2017 but there were so many cracking games and stories. Galway beating Kilkenny who lost a championship game at Nowlan Park for the first time in seventy years, Wexford ended a fifteen year wait for Leinster glory, Laois upset the odds to beat the Dubs and a festival weekend of hurling back at the end of July in the All-Ireland semi-finals.

It’s just a shame we now have to wait till the end of next January to see inter-county action again.