Waterford legend Kevin Moran has announced his retirement from inter-county hurling this week.

Speaking on OTB Sports, Moran highlighted the well-wishes he received this week following the announcement.

"I didn’t expect the amount of messages and well-wishes I got. It's been a good week."

The two-time All-Star called it a day on his 16-year inter-county career this week and admitted he had been considering retirement over the past few months.

"It was in the back of my head that I was 90% sure I was at the end of my intercounty career.

"At the end of last weekend, I made up my mind. The decision is made now and I'm quite happy about it. It’s a bit of closure.

"It was just time to call a halt to it." 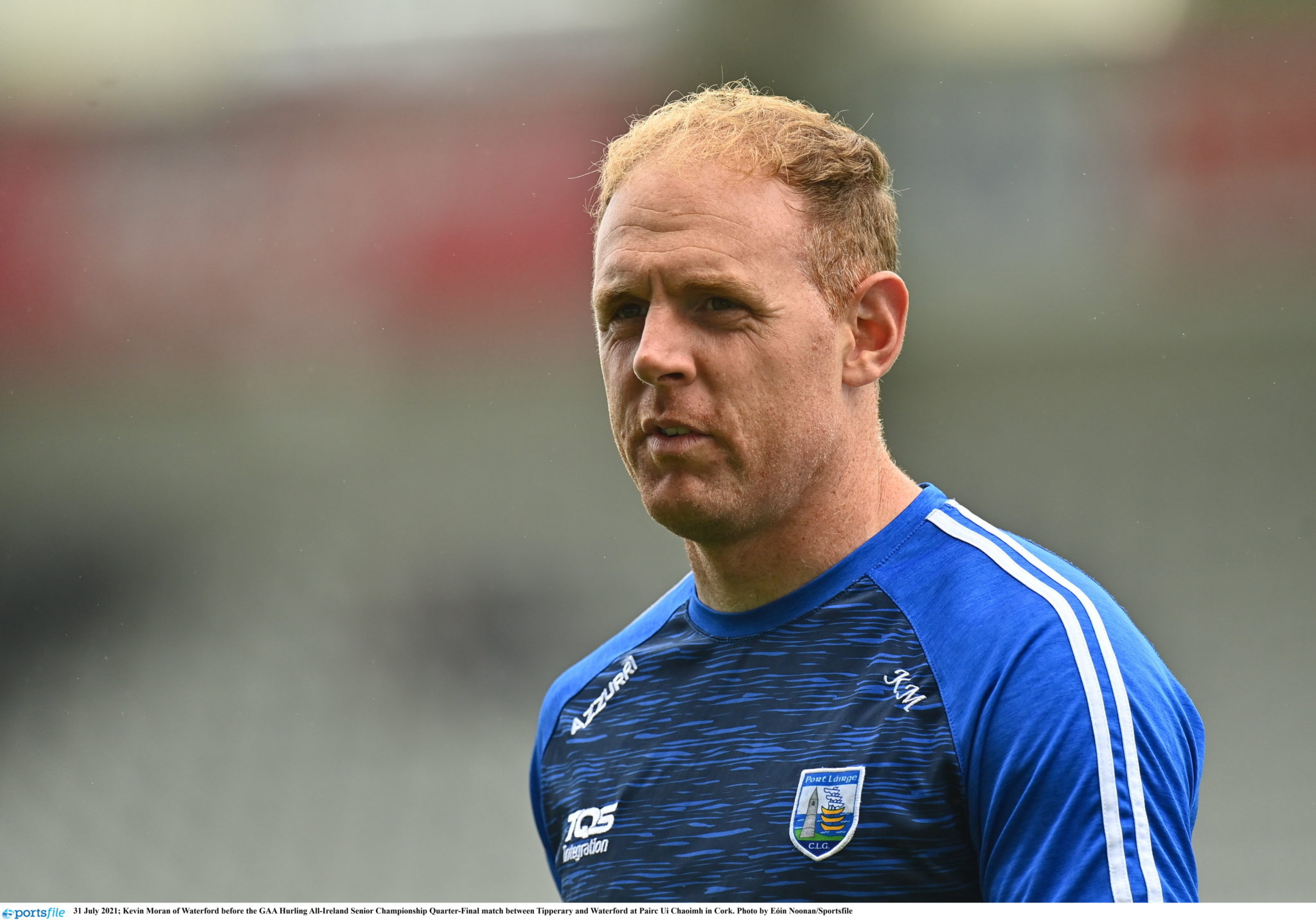 Moran played a remarkable 143 games across the league and championship for the Deise. He played in three All-Ireland finals and captained the side to the 2015 National League title.

Reflecting on his career, Moran spoke of the early years as he broke into the inter-county setup.

"I was coming into the golden age generation of hurling. It was full of guys I looked up to and admired so much.

"The novelty wears off quick, as they wanted to train hard and improve on last season."

Justin McCarthy was the man who gave Moran his first championship start. Moran won his first Munster title in 2007 under McCarthy and praises him for giving him the chance to impress.

"That Munster final was one of my first championship starts. That was unbelievable just to experience and we went on to win a Munster medal.

"Justin McCarthy gave me a lot of confidence.

"It was nice of Justin to do that. Over time I fell into his plans a bit more."

In that time, the team went up against one of the greatest hurling teams of all time in Kilkenny. Moran remembers their battles over the years very well.

"I think that Kilkenny team was so so good. Looking at the team you can see how good they were.

"They have six or seven of the greatest hurlers ever. They were streets ahead of the rest."

Comparing that Kilkenny team to this year's All-Ireland champions Limerick, Moran thinks the current champions need a few more years of success to compare to The Cats.

"Limerick is a well-oiled machine and maybe in a few years, they can say they are better.

James Skehill: I felt guilty for Dad's death throughout my Galway career