Kilkenny's Katie Power detailed her comeback from a sickening knee injury on Tuesday's OTB AM. ...

Kilkenny's Katie Power detailed her comeback from a sickening knee injury on Tuesday's OTB AM.

Ruled out of last year's All-Ireland triumph, Kilkenny camogie star Katie Power is more determined than ever to make up for lost time in 2021.

As she recalled her lengthy recuperation and the injury at the root of it all, however, Power explained how bad things had become. 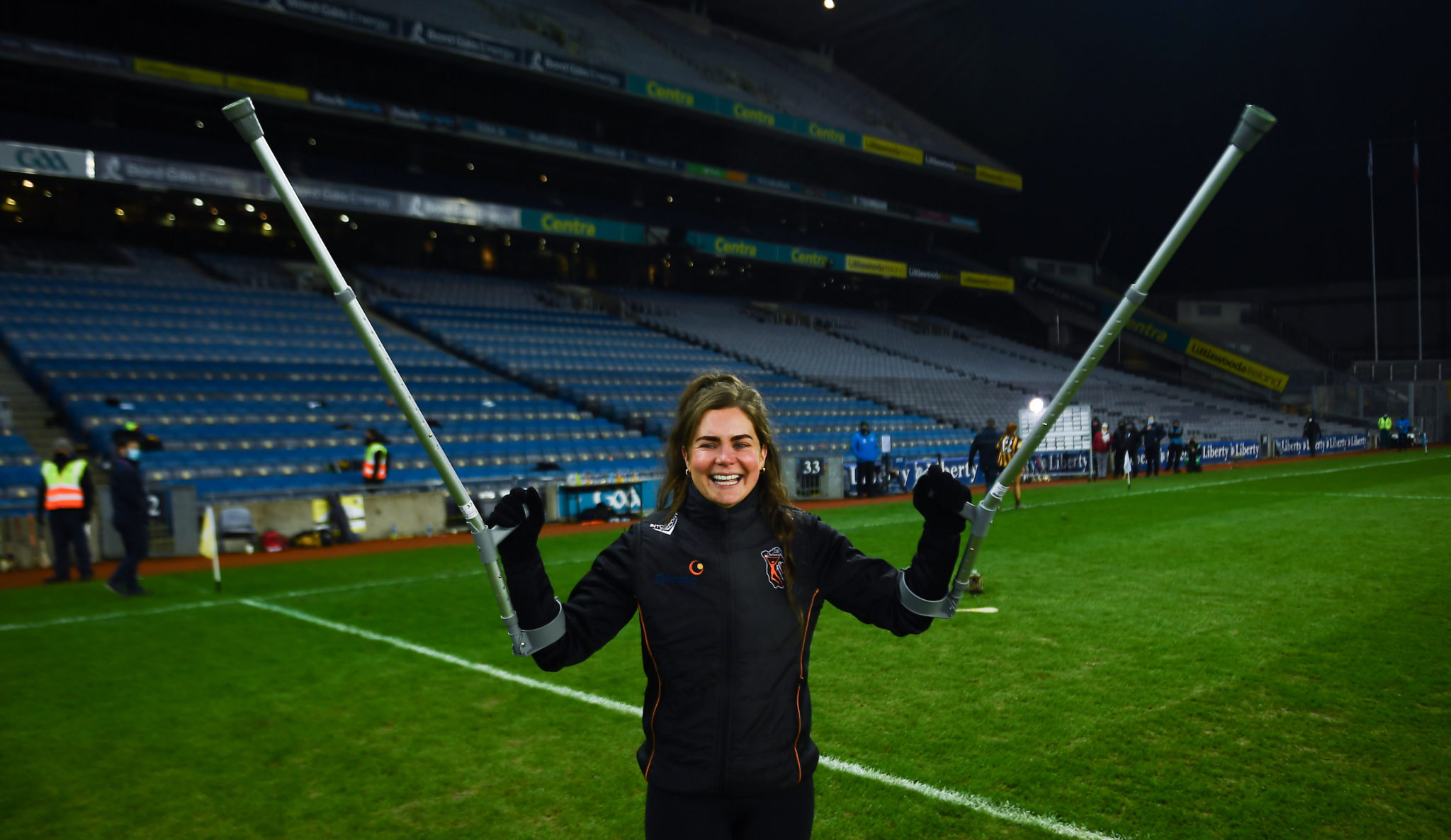 "Last year, I ended up having three operations," the 30-year-old Power explained, "two on my hand and then I broke my kneecap six days before championship last year.

"It wasn't a great year for myself, but for Kilkenny camogie what a way to finish out the year that was 2020."

A personal trainer by trade, she outlined in excruciating detail the moment where she knew there was something seriously wrong with her knee.

"I ended up getting back [from the two hand operations] around August," she recalled, "and inter-county teams were all back in September so it was timed nicely.

"Obviously I was a good bit behind the girls in terms of fitness levels... but I felt great and was hurling well.

"Six days before championship then in training, I broke my kneecap and that was it then."

In a completely innocuous moment, Katie Power knew her year was done.

"A freak accident," she explained. "I broke my other [kneecap] a few years before and that was down to a collision - the slap of a hurl.

"This time I was running after a defender and I was gaining on her. She could see me gaining so she went to change direction, as you would.

"I went to go with her and that was it - I heard a massive crack. No collision, no contact, the surgeon had seen nothing like it before."

An atypical injury, the pain was nevertheless blinding.

"I don't actually remember the couple of minutes after because I was in so much pain," she said, "and then I thought maybe I'd imagined the crack.

"I was completely out of it for a while."

All set for her third operation of 2020, you can watch Katie Power discussing the year that was and how she wants to make up for it in 2021 below.

Joe Canning: 'People want to retire me, I'll leave that for another day'

P.J. Delaney is still smiling after his journey to hell and back