James Skehill has urged the county board not to give up in their attempts to appoint Micheál Don...

James Skehill has urged the county board not to give up in their attempts to appoint Micheál Donoghue as the next Galway manager.

The man who led Skehill's Galway team to All-Ireland success in 2017, Donoghue was thought to be the front-runner for the role after Shane O'Neill's departure.

However, it became apparent last week that Donoghue and the county board could not reach a consensus on their shared vision for Galway's senior team.

With reports in the Irish Examiner suggesting he may not be out after all, James Skehill is insistent that the county board do not give up on Donoghue being the next Galway manager.

"For me, it's Micheál," he stated on Thursday's OTB AM. "I think the players would from what I gather really like and be excited for him to come back again.

"Every effort should be made to mend relations and effect the changes needed in order to get that man back in as manager." 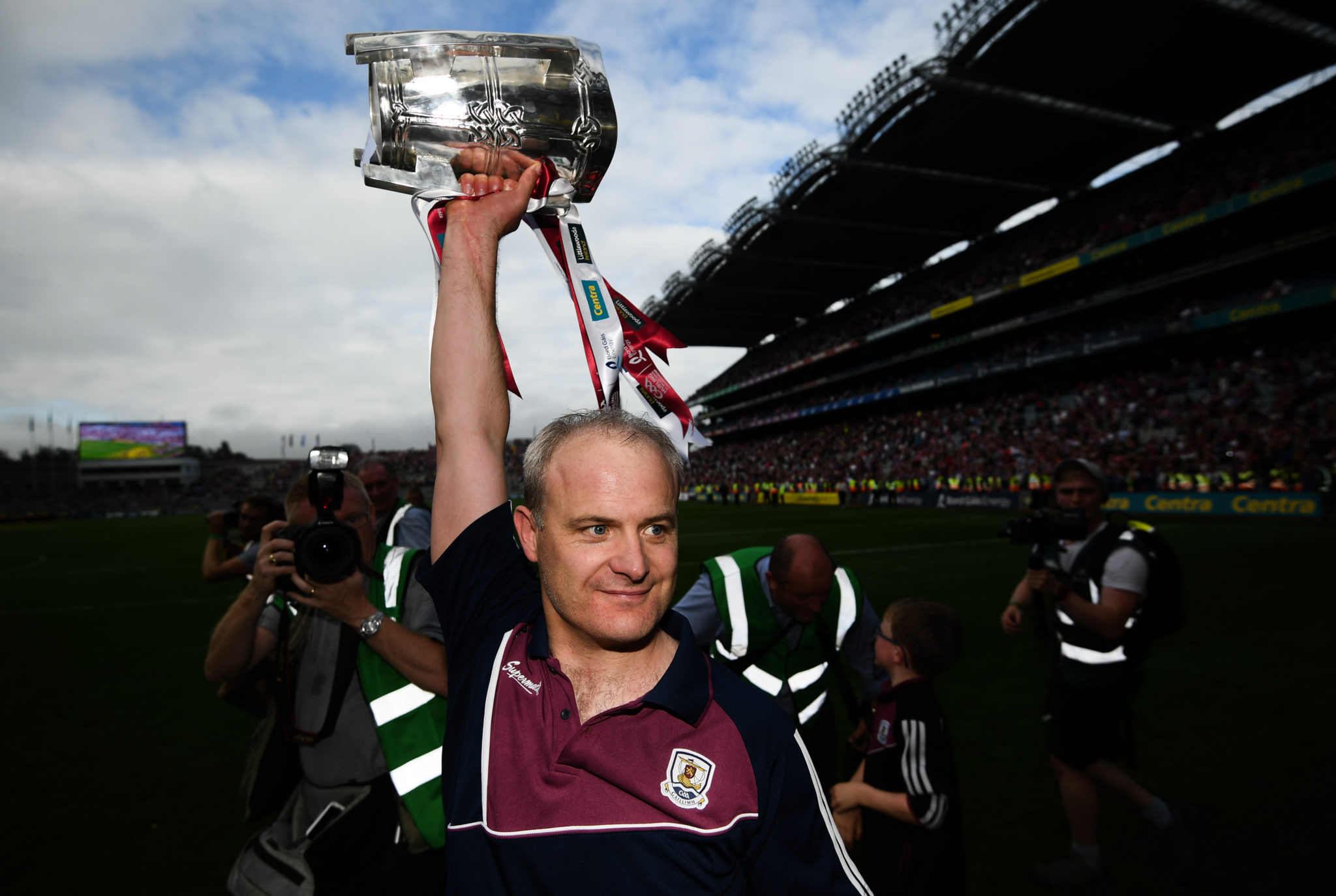 Micheál Donoghue departed the Galway role in August 2019 after spending four years in charge of the county's senior hurling team.

Among those touted as a possible replacement for Shane O'Neill, Jeff Lynskey and Davy Fitzgerald are among others who have been named.

James Skehill is certain that the outstanding candidate remains Micheál Donoghue, however, and he has urged the Galway county board to do all that they can to get him back.

"I think a [different] candidate might be rushed through in the next couple of weeks because they have set themselves a deadline," he warned. "Time should be taken by the interview panel to work on relations with Micheál and try and get this appoint done.

"If it takes two, three months, so be it. Don't rush the appointment just for the sake of an appointment."

Reflecting on his own playing days under Donoghue, Skehill explained what set him apart as Galway manager.

"I was in the dressing room in 2017 for the All-Ireland final," he recalled, "and Micheál has a great vision, right - the kind of person I would class as a great leader.

"Great leaders convince you that you can do great things... and he said in the dressing-room after winning an All-Ireland about players to up their game as best they could."

What Donoghue saw as a springboard for future success did not materialise.

Although Galway reached the All-Ireland final again in 2018 and came very close again under O'Neill in 2020, Skehill fears that any unwillingness to embrace Donoghue's vision for the county will see Galway slip back from the pack again.