Davy Fitzgerald could be back in the frame to take over as Galway hurling boss amid reports that ...

Davy Fitzgerald could be back in the frame to take over as Galway hurling boss amid reports that Micheál Donoghue has ruled out his return to the position.

The Clarinbridge man who led Galway to All-Ireland success in 2017 had been regarded as the front-runner to replace Shane O'Neill and begin his second spell in charge of the Tribesmen.

However, reports by Galway Bay FM on Tuesday evening seem to have scuppered any suggestion of a return.

With the vacancy there and Galway's county board reportedly keen to fill it sooner rather than later, a number of viable candidates now come back into play.

One man repeatedly named as being among those interested is the Clare native Davy Fitzgerald.

🗣️ 'Financially speaking, his set-ups come with a price tag...'

Recently out of a four-season spell in charge of the Wexford hurlers, Fitzgerald has previously managed both Waterford and Clare at inter-county level.

While it is understood that Micheál Donoghue was the county board's first choice, his unavailability may lead them to look at Fitzgerald as an experienced alternative.

It is not the two-time All-Ireland winning hurler with Clare believed to be in the running, however.

With the nominations from clubs closing on September 17th, the names of Johnny Kelly, Brian Hanley and Jeffrey Lynskey have also been routinely mentioned as possible replacements for O'Neill. 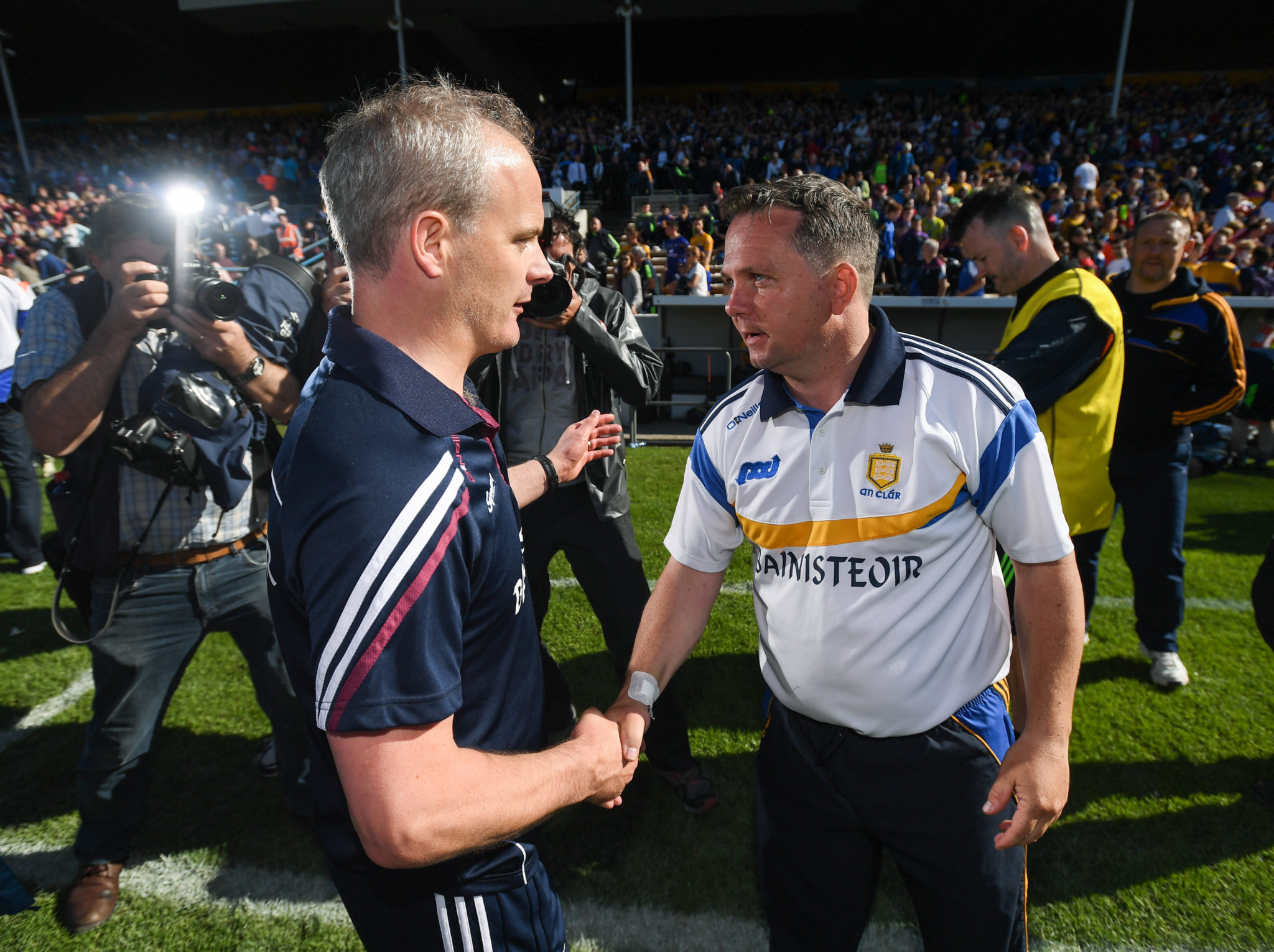 Speaking a few weeks ago on OTB AM, the All-Ireland winning Galway 'keeper James Skehill dismissed the notion that Davy Fitzgerald would be a good fit for the county.

Although Donoghue was the obvious man for the job in his eyes, Skehill explained that he believes Fitzgerald's style of management would simply not work in Galway.

"It just doesn't fit with Galway," he remarked, Skehill having had some experience of playing under Fitzgerald during his LIT days in the mid-2000s.

"I don't think the Galway players would take to a dictatorship too handy."