There are a cracking couple of days' GAA action ahead, with a few provincial titles to be decided...

There are a cracking couple of days' GAA action ahead, with a few provincial titles to be decided in football, and All-Ireland quarter-final ties in the small ball.

Will O'Callaghan currently leads our predictions table and looks the man to follow for your mystic gaelic games needs - with 28 correct predictions from 33 games so far.

Eoin Sheahan has 25 correct guesses and 8 wrong, while propping up the table at this early stage are Adrian Barry and Tommy Rooney, with nine incorrect guesses so far and the pressure firmly on this weekend. 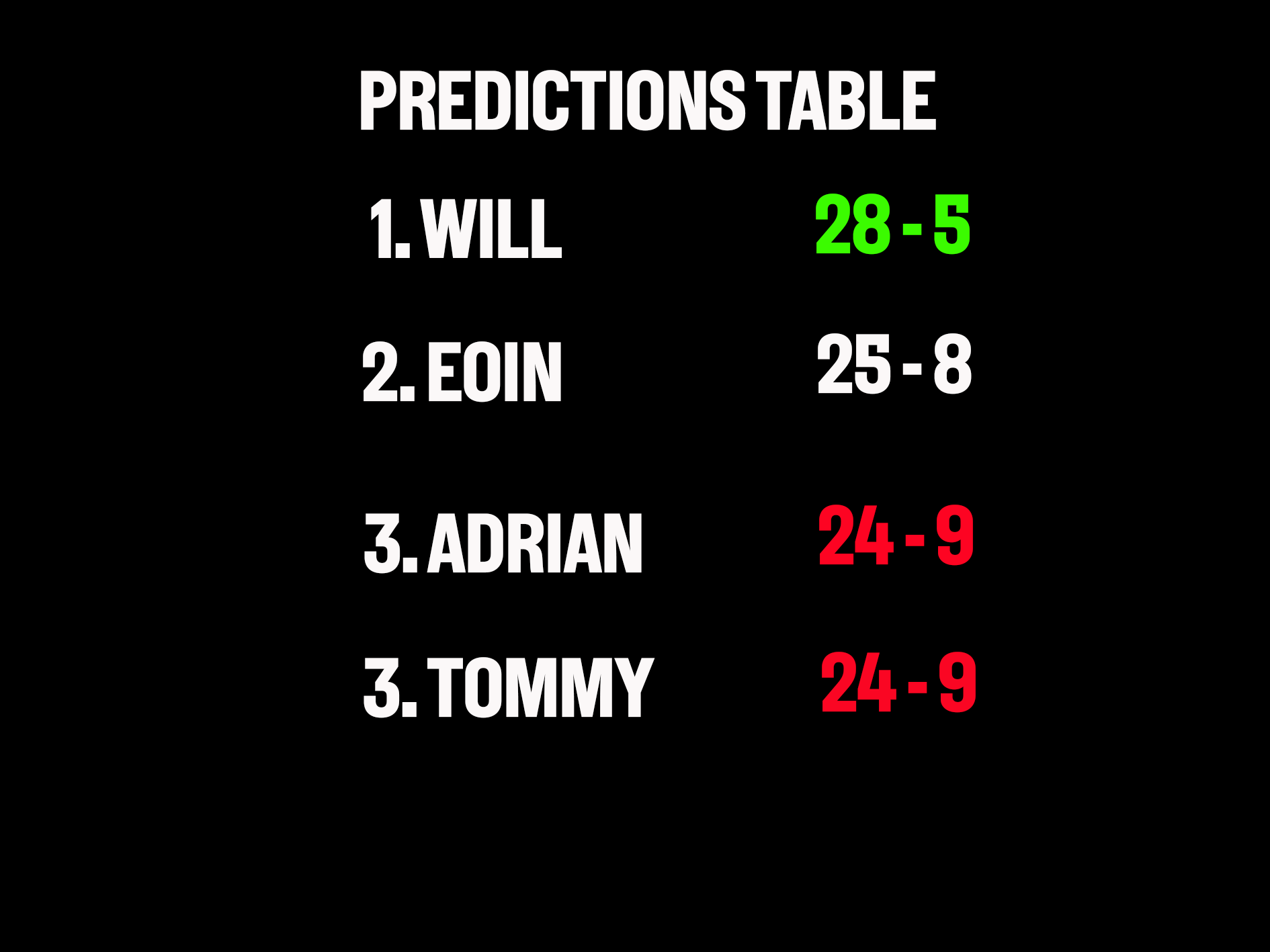 Cork go into Sunday's Munster senior football final against Tipperary high in spirits after their incredible extra-time win over fancied Kerry in the semi-final.

However, David Power's Premier will be no pushover, and desperately want to get their hands on the provincial trophy.

Tommy is opting for a Tipp upset in this one, while the other three are all edging towards a Cork win at Páirc Uí Chaoimh.

Cavan go into Sunday's Ulster football final at the Athletic Grounds in Armagh with much of the weight of expectation off their shoulders.

Mickey Graham's side have enjoyed comeback wins over Monaghan, Antrim and Down so far in this year's championship, although it is All-Ireland contenders Donegal that stand in their way in the decider.

Declan Bonner's team were immense in their quarter-final and semi-final wins against Tyrone and Armagh, and if they can keep a tight defence against the Breffni you wouldn't back against them progressing. All four have chosen a Donegal win in this game.

The Delaney Cup is expected to be handed out to Dublin on Saturday evening yet again in the Leinster football final at Croke Park - although Meath have scored 12 goals in their two wins so far over Wicklow and Kildare.

Our own Royal Tommy Rooney has found it impossible to predict against a win for his home county here and is the only one of four that sees a Meath victory. 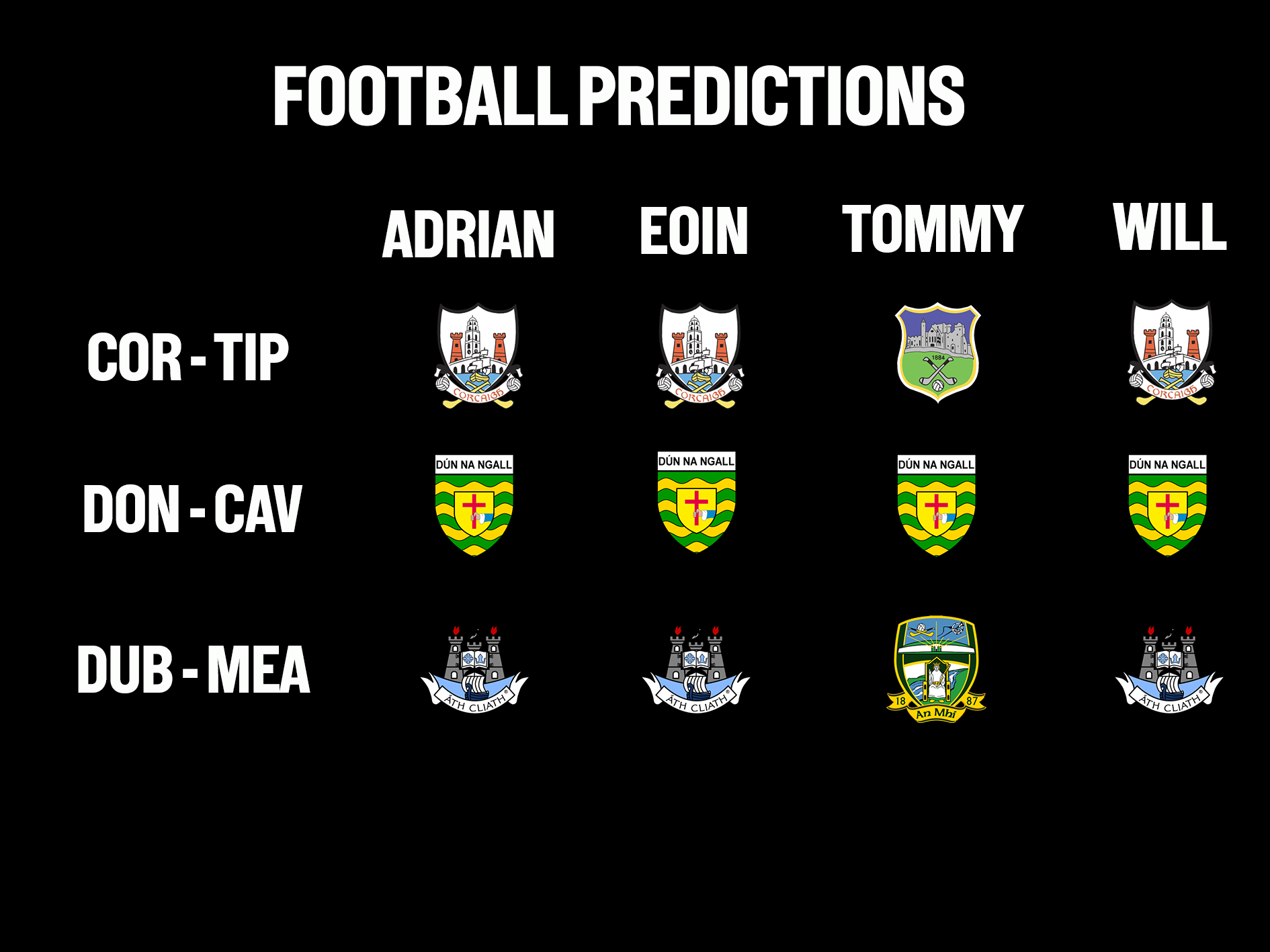 The hurling championship is also heating up, with two All-Ireland quarter-final matches down for decision on Saturday afternoon.

Four teams are looking to join Limerick and Kilkenny in the last-four in the hunt for Liam MacCarthy - with Tipperary and Galway the first game up at the LIT Gaelic Grounds (1.15pm throw-in).

Only Adrian has backed against Tipperary here, with three out of our four predictors going for a win for Liam Sheedy's outfit.

Elsewhere Clare and Waterford lock horns at Páirc Uí Chaoimh, with Adrian again the dark sheep as he is our sole flag-flyer for Waterford (3.45pm throw-in). 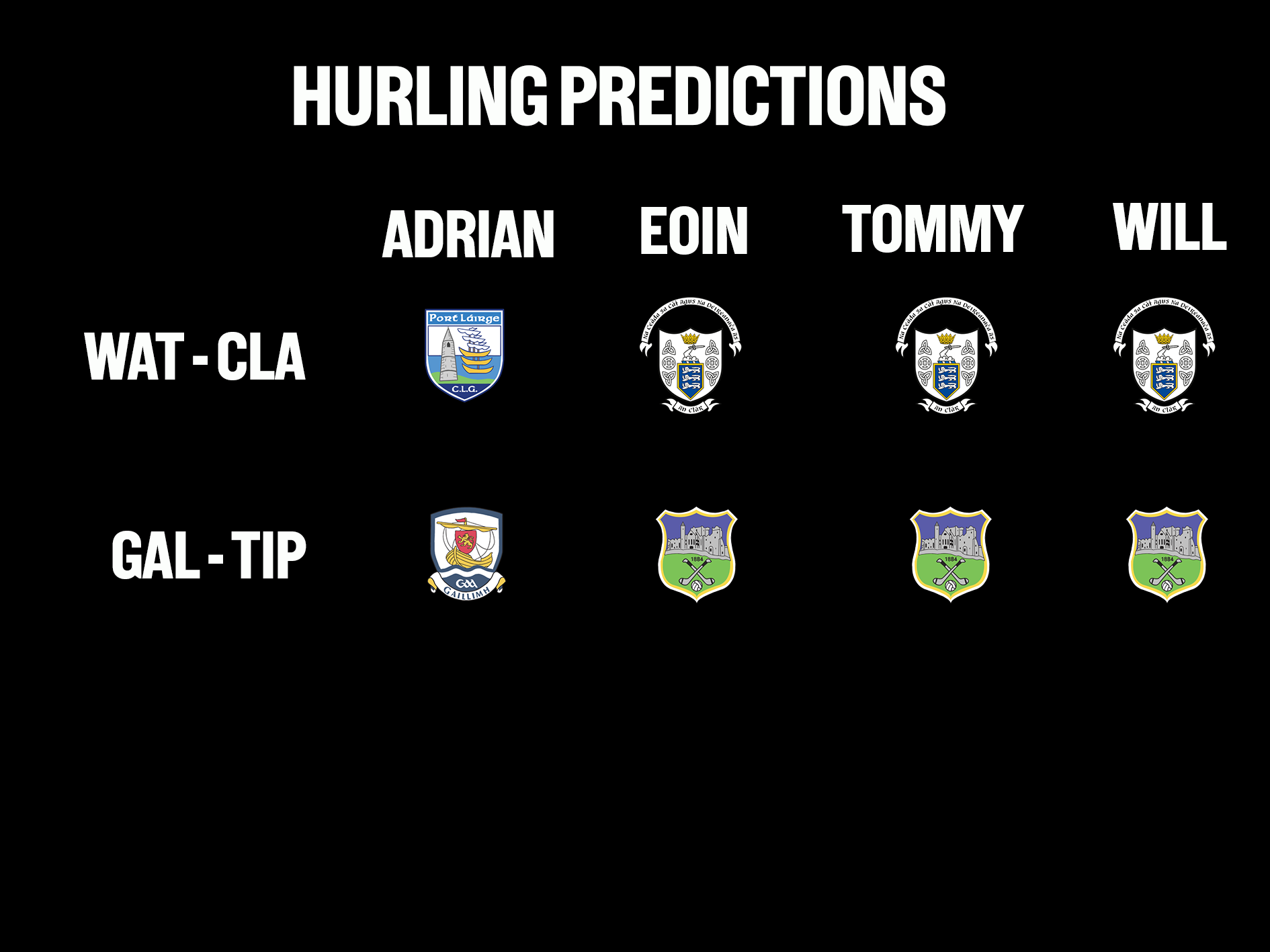