With Offaly's Christy Ring Cup tie against Kildare in jeopardy after all players and coaches were deemed close contacts of a positive case, the county set-up is adamant that they were not in breach of the GAA's Covid-19 guidelines.

A positive test recorded by one player on the panel has resulted in all Offaly players and coaches being deemed close contacts and, as per the HSE's guidelines, they must now isolate and restrict their movements for 14 days.

Although it is understood that the close contacts in question will undergo rapid-testing for Covid-19 on Thursday, the Offaly set-up is adamant that they have done nothing wrong and remained in adherence to the GAA's guidelines for teams returning to collective action at all times.

"This decision by the HSE," remarked a source close to the Offaly camp exclusively to OTB Sports, "is not in line with the GAA guidelines that have been agreed with the HSE regarding close and casual contacts.

"We are one of the top counties with adhering to Covid protocols. There is one case on the panel, after minimal indoor activity." 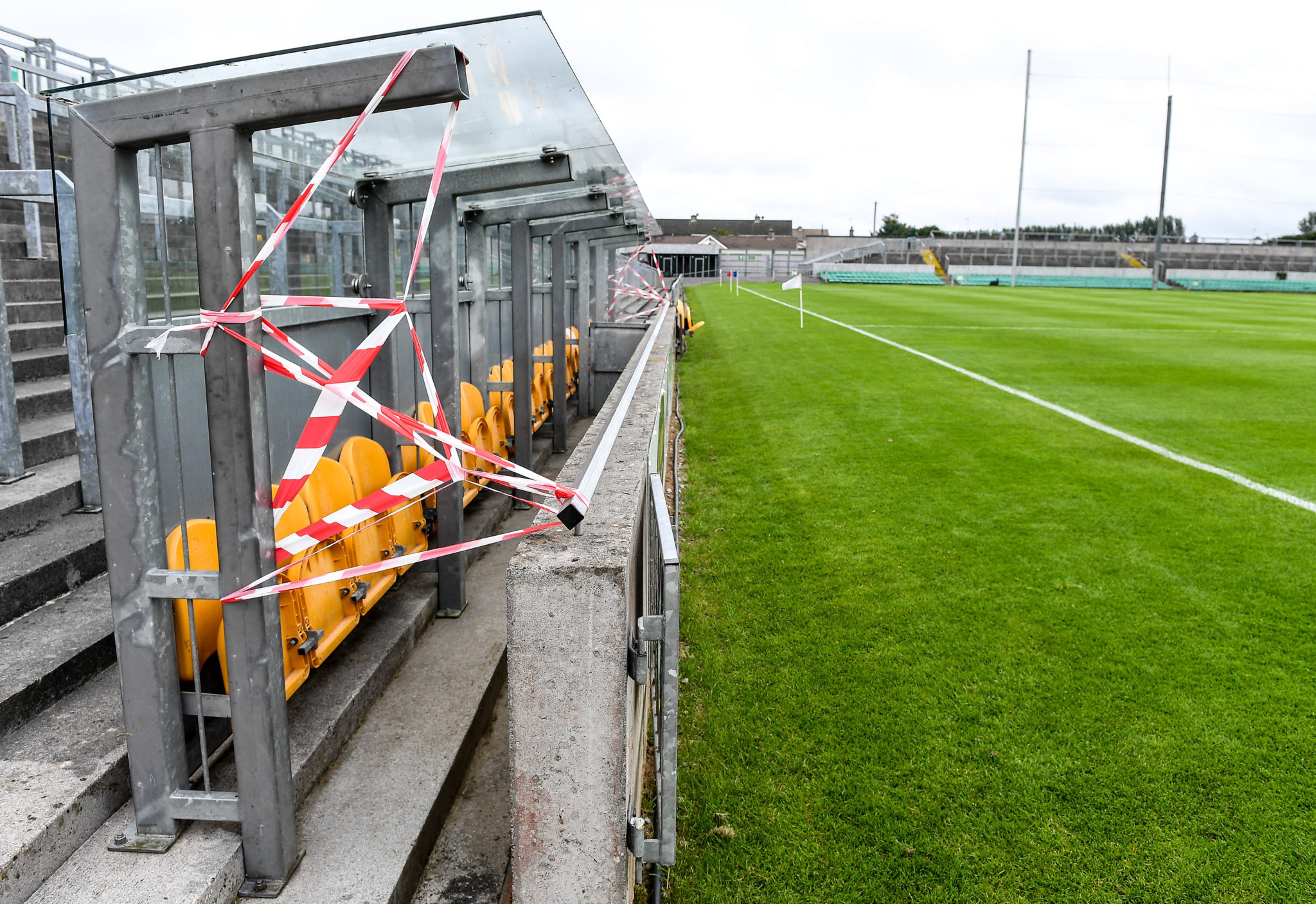 A general view of a dug-out that is closed off at Bord na Móna O'Connor Park in Tullamore, Offaly. Photo by Sportsfile

The player who recorded the initial positive test was understood to have been with the panel at a collective Offaly session last Tuesday, October 13th.

While there had been "minimal indoor activity" at the session in question, all of those present have been deemed close contacts who will be unavailable until Tuesday, October 27th.

Subsequently, it has left the county with potentially no other option but to afford David Herity's Kildare a walkover. This eventuality is not one that Offaly are willing to accept lightly.

On the question of indoor activity at inter-county training sessions, the GAA's guidelines dictate the following:

Indoor team activities are restricted to 15 minutes in a well-ventilated room while wearing face covering and observing 2m spacing.

It is Offaly's understanding that everything they have done is in accordance with the GAA's measures regarding Covid-19, and the scenario they now find themselves in is the result of their being held to a different standard.

Given their adherence to GAA guidelines, it is a source of further indignation to those involved that they have not yet been given an official reason as to why one positive case has generated so many close contacts.

The GAA's guideline on how a close or casual contact is determined reads:

The broad questions that will be considered in terms of assessing potential close or casual contacts include:

It is the contention of the Offaly senior hurling team that they have not been in breach of these rules and have not acted in a manner that would render all of their players and coaches close contacts of the positive case.

On Wednesday night, in accordance with how the senior hurling panel have been instructed to act, Durrow's Ross Ravenhill and Brian Duignan and Shinrone's Killian Sampson were absent despite having been named to start in a Leinster U20 Hurling Championship clash with Westmeath.

If unable to complete this weekend's Christy Ring Cup tie, Offaly would be back to a full complement of players when the county competes via the back door on the weekend of the October 31st/November 1st.

GAA say no resumption of activity until Easter at the earliest