As Davy Fitzgerald's Wexford host Brian Lohan's Clare this weekend, Off the Ball revisited a 2014 Fitzgibbon Cup clash that sparked a souring in the relationship of the All-Ireland winning pair.

It is perhaps a consequence of his ability to shape any willing group of players to his needs, tactically and emotionally, that his teams ultimately come to resemble the force of personality at their foundation.

"If you buy into what he's telling you it’ll consume you," explained Barry O'Connell, the All-Ireland winning Limerick hurler who served as Davy Fitzgerald’s sweeper for Limerick IT in 2014, to Off the Ball. "Execute his plans and you'll always have a chance of winning."

A champion of hurling's unlikely winners, Fitzgerald has enjoyed success at practically every turn. With his side-line gesticulations and tetchy post-match interviews, however, it is easy to assume that it is all for the purposes of self-fulfilment and public adulation.

“The team were having a meal in the hotel,” he recalled to Off the Ball of a night in 2014 where Limerick IT’s Fitzgibbon Cup ambitions had been cut short at the semi-final stage, “and just out of the blue Davy called me into a room.”

A few hours earlier, as the LIT players slumped to the ground of the Queen’s University playing fields in Belfast, the Tipperary native Ivors was more acutely aware than most of their spurned opportunity.

“I’d gotten a ball in the last minute,” the forward explained, “I drove it wide and the game was up. I had the chance to take the game into another stretch of extra-time and I’d blown it.”

When Fitzgerald beckoned him into a room on their own then, Ivors wasn’t sure what to expect.

“Davy just said to me, ‘Listen, I think you’re a really good hurler,’” he recalled, “‘if you want to get advice on nutrition, fitness or anything like that, come back to me in a few months’ time and I’ll get it done for you.’

“He was with Clare at the time like and it was my last year playing Fitzgibbon so this wasn’t going to benefit him at all. It was purely for my benefit and what he wanted to do for me.

“Before I met Davy I had a certain opinion of him that he was a bit mad, but I think he puts so much into the preparation for a match, and once everybody knows what their job is and what they have to do, he gets his time during the match then to let loose a bit.”

“All the passion and jumping and shouting, it has nothing on his brain for the game of hurling. It is on a different level and players really respect that.”

A little over one week earlier at the quarter-final stage of the competition, these twin attributes of Davy Fitzgerald’s collided as LIT travelled across Limerick city to face a star-studded UL.

Overcoming sizable odds on the pitch, Fitzgerald’s behaviour off of it contributed to the deterioration of his relationship with the UL manager and former Clare full-back, Brian Lohan; a man Fitzgerald described as being ‘like a brother’ to him in his most recent autobiography. 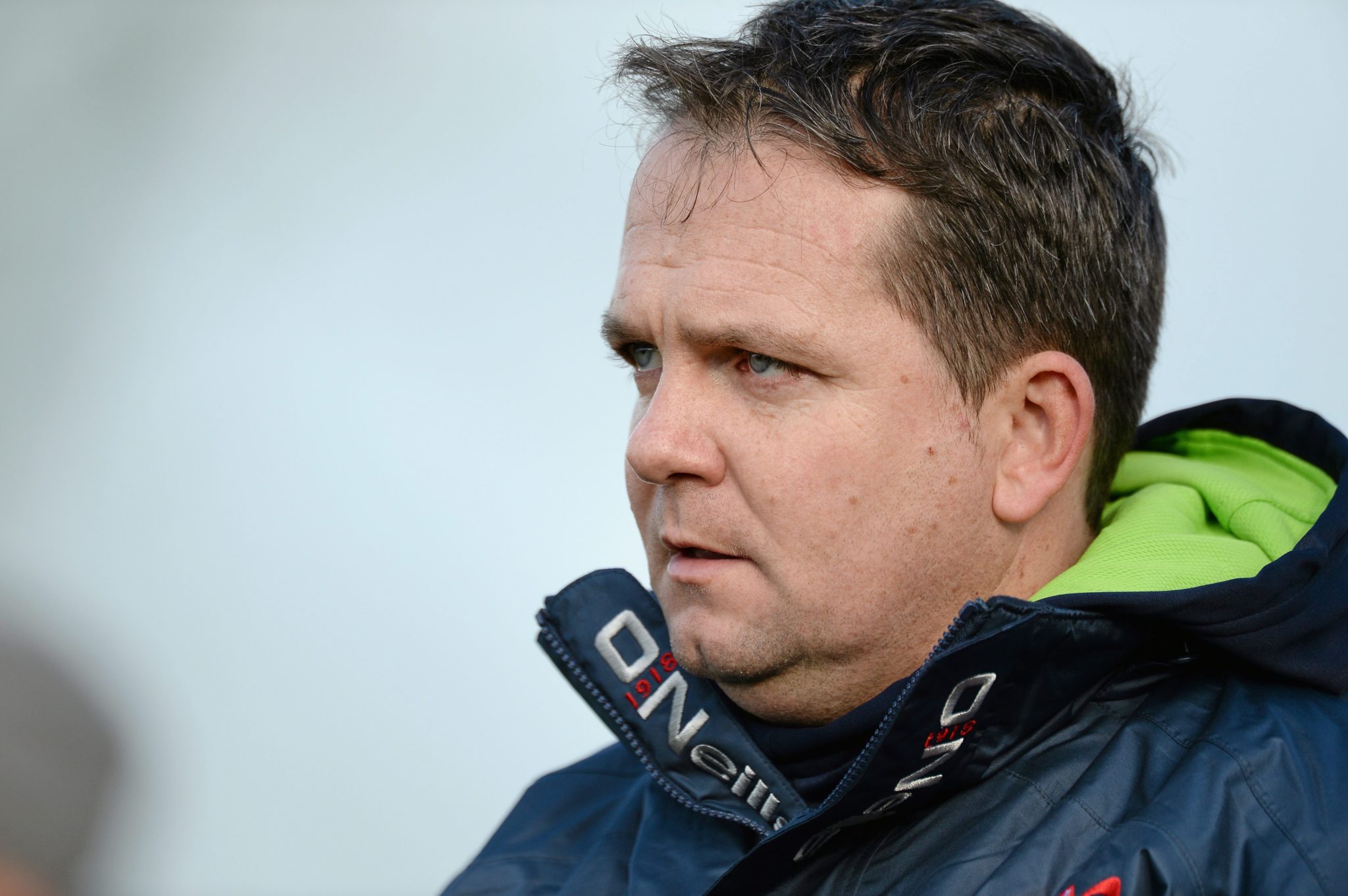 “I remember when we got drawn with UL, we were written off immediately really,” explained Barry O’Connell of the challenge that awaited LIT in that year’s quarter-final. “We were about 6 or 7/1 with the bookies, like.”

“Sure, we were just Tony Kelly and 14 others,” recalled Ivors of the perception surrounding the team. “We weren’t given much of a chance, but I think anyone who has worked under Davy will tell you, he always believes he has a chance.”

If the presence of Davy Fitzgerald and indeed Kelly meant that LIT ought to have been regarded with greater respect, UL’s selection of hurlers perhaps justified the quick assumption of their superiority, nevertheless.

In Podge Collins, Conor Ryan and Séadna Morey, they had three players who had been on the pitch as Clare won the Liam MacCarthy Cup months before. With Dan Morrissey, Padraic Walsh, Jason Forde and Johnny Glynn, they had four more who would manage to do the same in coming years.

“We had some lads who were county players,” noted O’Connell of LIT's playing pool,” but a lot of lads who were just probably good club players too. I think UL almost had senior inter-county players on their bench though and it was just a better team on paper.”

As has so often been the case for Davy Fitzgerald, however, such circumstances bring about his finest work. Aware of what their opponents had to offer, it allowed Fitzgerald to focus squarely on his own players and what they could do to spring a surprise on UL.

“He had prepared an unorthodox plan,” remembered O’Connell, central to which was Philip Ivors.

“My job basically on that day was to stand on the side-line and look like I’m doing nothing,” he said, somewhat still disbelievingly. “Before the match Davy said to me, ‘You’re out there to do a job, but I guarantee you’ll get scores today.’

“And I did! I ended up scoring 1-3. Now, whether that was a fluke or whatever, I went out onto that pitch with an odd job, but he had thought it out so much that he just knew it would work.

“He’s such a real hurling man and his brain for the game just doesn’t get the recognition it probably deserves. Like, if you took hurling out of Davy’s life he just wouldn’t exist anymore.”

On a score-line of 2-16 to 1-13, LIT had upset the odds at UL’s own patch. Yet, of what O’Connell and Ivors remember from the week building-up to the game, the contest itself and the immediate events thereafter, Brian Lohan, Fitzgerald’s opposite number and a man he has since barely spoken to, rarely featured as a person of note.

“I vaguely remember seeing him after the final whistle,” elaborated O’Connell, “and he looked sickened like. I’d say it killed him that we’d gotten one over on them.”

Outmanoeuvred by his former teammate Fitzgerald to the extent that he would refuse to shake an opposing manager’s hand? No, nothing quite so petty appears to have been the source of current Clare manager's frustration.

If Brian Lohan’s opinion of Davy Fitzgerald lowered on that day in 2014, it was most likely owing to the incident that took place in the minutes before referee Diarmuid Kirwan threw in the sliotar. 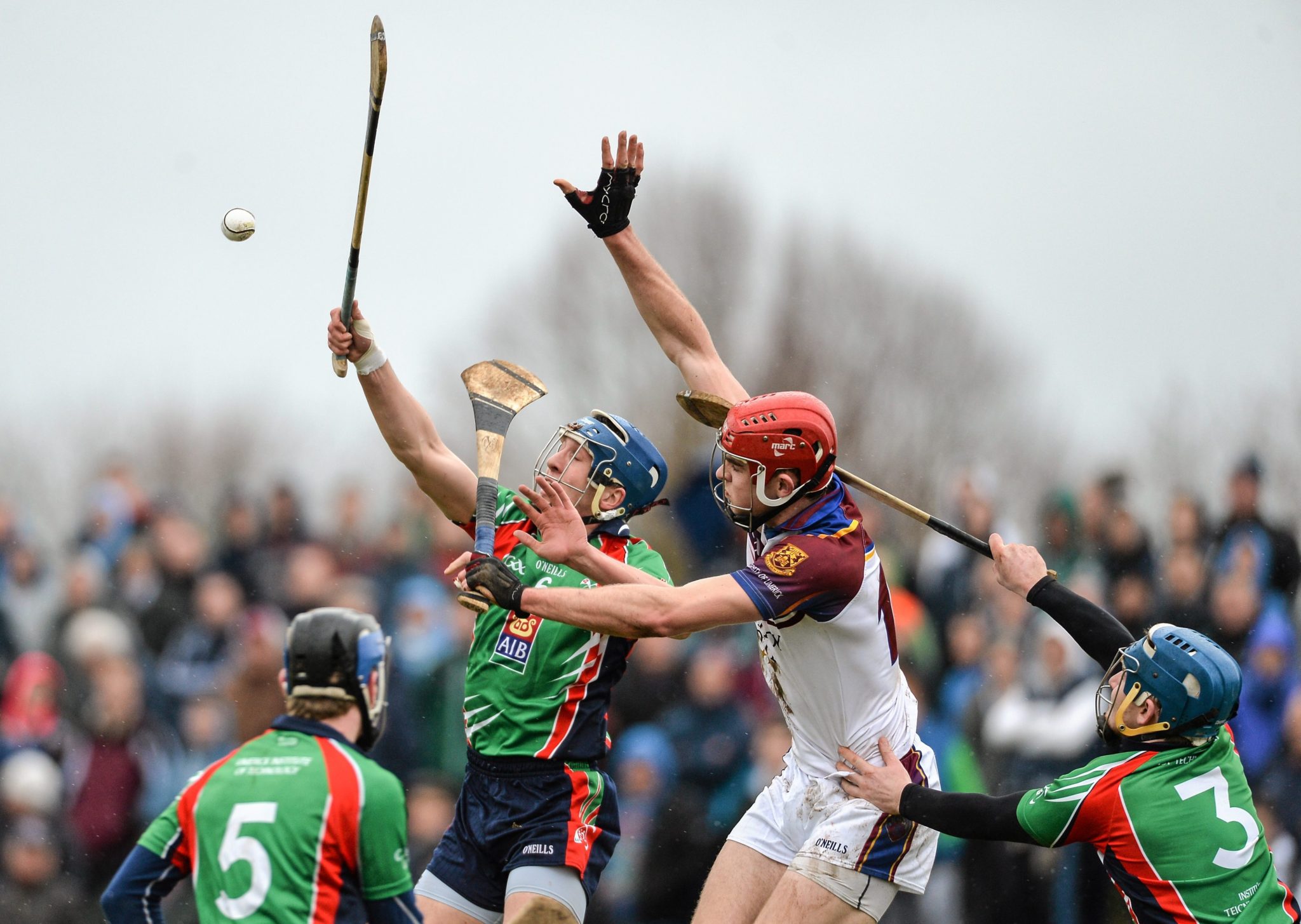 “Look, the media kind of portrayed this whole thing as some sort of mad day,” Philip Ivors attempted to reason six years on, “just because they saw us running out of the trees onto the pitch.

“None of that was planned or anything, it was just sort of spur of the moment.”

To combat what he described as the “tiny cramped dressing-rooms” provided for visitors to UL, Davy Fitzgerald decided that his LIT team would arrive raring to go. For both the benefit of his team and to UL's detriment, the LIT players had gotten togged out and ready back at their own base on the western side of Limerick city.

“We ended up getting off the bus then at the side of the road,” recalled O’Connell as LIT reached their unexpected destination shortly before the match was due to start. “We sort of cut through the bushes onto the pitch and might have run through UL’s warm-up alright.”

“Maybe it was a bit of naivety,” explained Ivors, “but we were heading down to the other end of the pitch like before we hear Davy roaring at us to get back up there and use their cones to warm up!”

In Fitzgerald’s own retelling, the moment struck him in a flash of inspiration. Whether it did indeed ‘rattle a few UL cages’ as he intended, who knows, but O’Connell and Ivors certainly testified to feeling the benefit.

“It was just Davy’s way of saying that we’re not going to show these guys any respect,” believed O’Connell. “He kind of felt that people weren’t respecting us and be it a bit of trash talk or running through their warm-up, we weren’t going to respect them either.”

By Davy’s own reckoning, it cost him a friend, however. 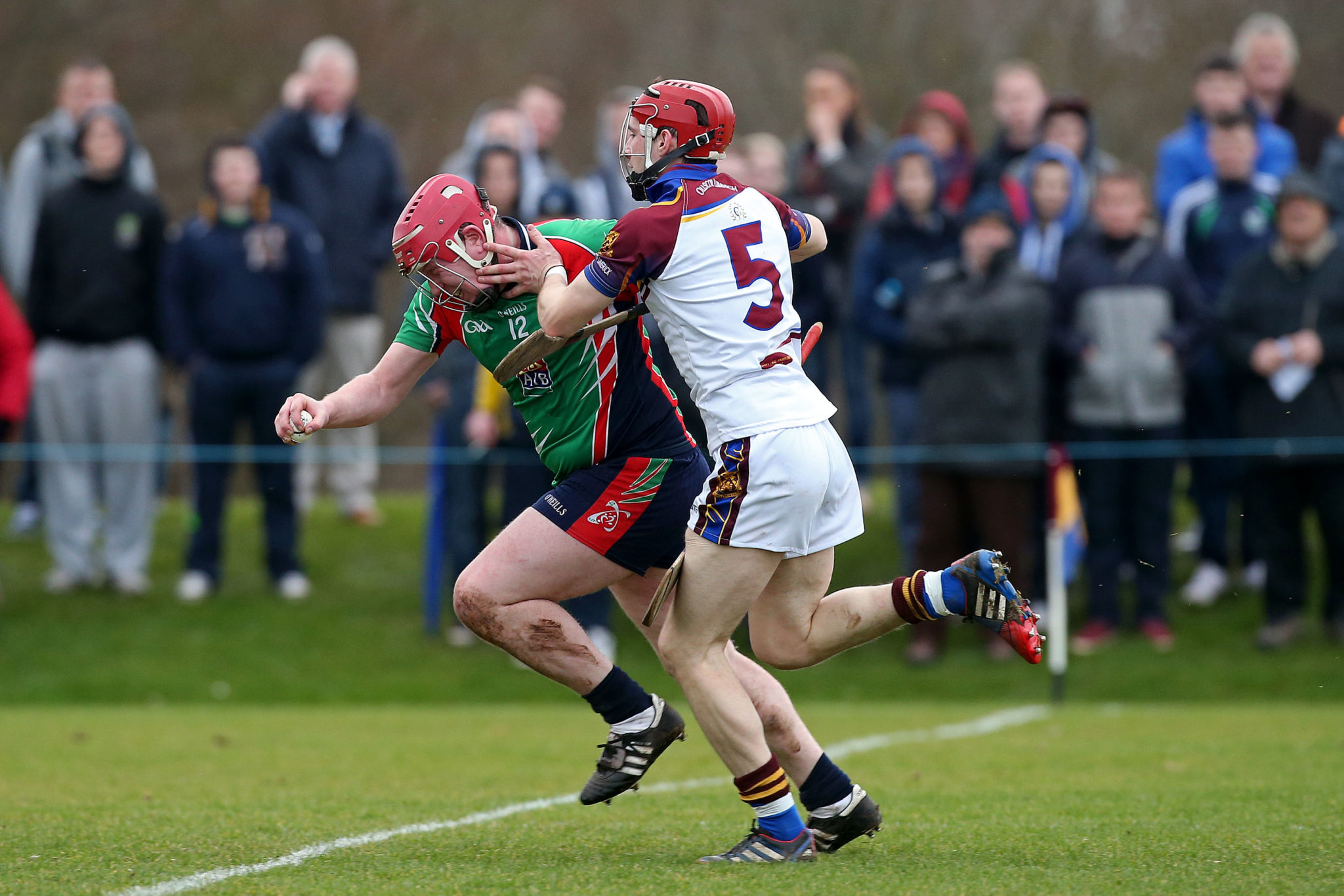 “He told me that he couldn’t accept “some of the stuff” that had gone on in that quarter-final,” explained Fitzgerald of his brief post-match conversation with Lohan in At All Costs, “[something] in his eyes [suggested] I’d been personally responsible for the worst of it.”

An incident followed by Lohan’s public critique of Fitzgerald’s Clare hurlers after their failed to build upon the success of 2013, calls for an independent review of the county's hurling landscape only served to worsen the pair's relationship further still.

Such stubbornness (on both parts no doubt but let us focus on Davy) and a determination to succeed gives one reason to consider the depth of faith Davy Fitzgerald inspires in his players, and question whether it inevitably inspires his opponents to think of him in opposing, objectionable terms.

“He has a thing with people, and it is in character to make sure you’re OK,” explained Ivors as one who remains firmly committed to Fitzgerald's methods. “When you see a man of his calibre asking if you need help with anything, it is hard to explain what it does to you.

“I only knew him for a few months really, but I just thought I’d stumbled across the Holy Grail.

“There is undoubtedly that bit of devilment there, but it makes you like him even more if you’re on his side.”

"2021 GAA season could be even more chaotic" | Michael Verney