Cork will be looking to use their uncommon pace up front to cause some serious doubts in their Mu...

Cork will be looking to use their uncommon pace up front to cause some serious doubts in their Munster opponents ahead of the Championship, according to Jamesie O’Connor.

The Rebels currently sit atop the Allianz Hurling League Roinn 1 Group A table on five points and are currently on an unbeaten run in the league after beating Waterford and Westmeath, and drawing with Tipperary.

While league form does not always translate into Championship success, former Clare hurler Jamesie O’Connor believes that Cork will be a different beast this summer.

Speaking on Off The Ball on Friday, O’Connor discussed the Rebels ahead of their league encounter with Limerick on Saturday.

“I am intrigued by Cork,” O’Connor said. “If there is one thing that we can say with certainty it is that Cork are not going to take on Limerick playing their game.

“It will be Cork bringing something completely different to them, and there is ferocious pace in that Cork forward line.

“You can maybe match size, you can match physique, but pace is a completely different ball game; that is the one thing that puts fear into defenders and Cork have an abundance of it.”

Tipperary salvaged a draw against Cork in their Round 2 league encounter last month, with the Rebels scoring two goals in that match. 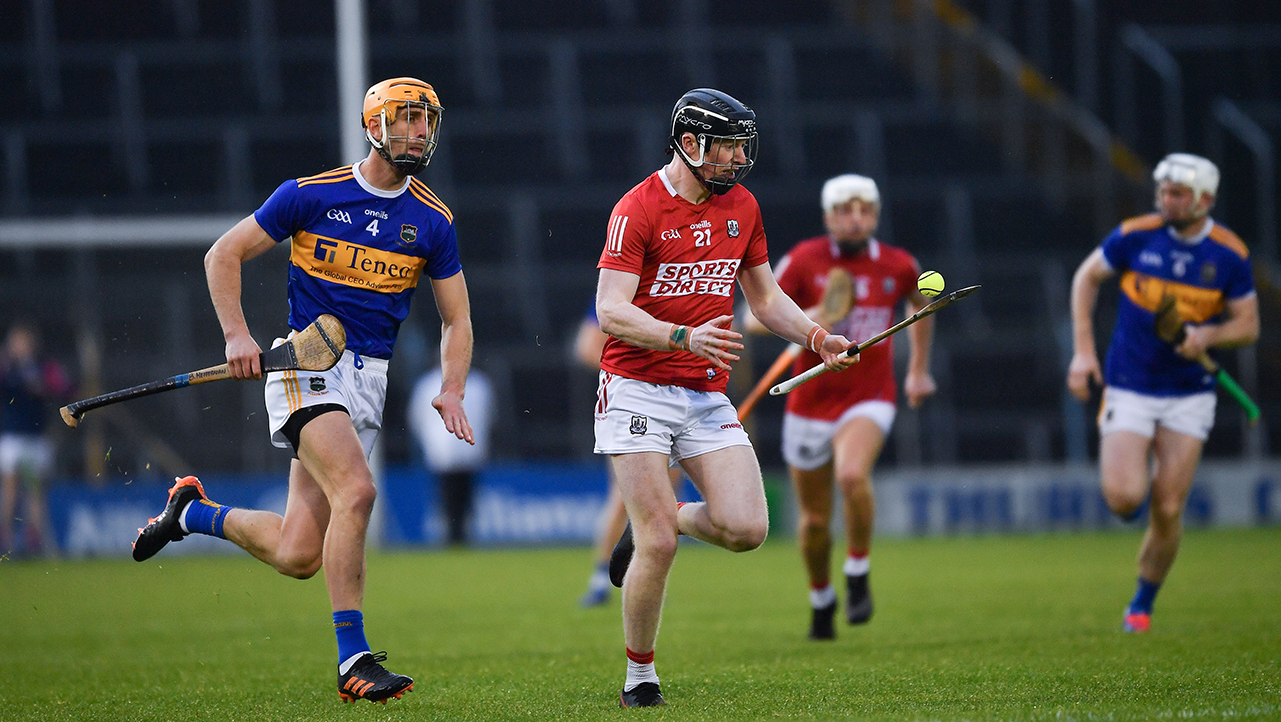 Conor Cahalane of Cork in action against Barry Heffernan of Tipperary during the Allianz Hurling League Division 1 Group A Round 2 match between Tipperary and Cork at Semple Stadium in Thurles, Tipperary. Photo by Ray McManus/Sportsfile

O’Connor believes that Cork’s new-found willingness to look for goals and their out-and-out pace in their full-forward line make them a challenging prospect to come up against.

“The forward line that started against Tipp in the league, I was inside the stadium for that game,” O’Connor said.

“Robbie O’Flynn is light and quick on the right wing, Jack O’Connor equally quick in the corner, and then you have Darragh Fitzgibbon starting at centre forward and Luke Meade on the wing, with Alan Cadogan on the other corner.

“The pace is obviously one thing, and they are obviously going to play the ball out from the back which will be a real challenge given the physicality that Limerick will bring.

“Maybe Kilkenny or other teams will be thinking Cork can’t beat them playing that way. But it is also a change in Cork's mindset.

“Over the years, Cork forwards would be content to maybe just play as individuals or take the point on when a Kilkenny forward or Tipp forward in a similar position might have been thinking more and looking for goal or working the overlap.

“Alan Cadogan had a ball early on against Tipp that I nearly assumed that he was going to tap over, but he played a brilliant pass to Jack O’Connor, and really he should have buried it.”

With the new Championship season getting ready to kick off in the heat of summer, O’Connor believes that this new Cork mindset coupled with their exciting pace will give Cork an edge on the harder summer surfaces.

“That change in mindset clearly is going to pose teams problems this summer,” O’Connor said.

“The quicker ground will suit Cork; the fact that the Championship is going on ahead in better conditions.

“For me, they are the wildcard of this year’s Championship, and it will be interesting to see, and I can’t see them reveal too much of their hand at the weekend.

“It is also conceivable that Limerick come out and physically blow them away on the third of July, but for me, that game is just loaded with intrigue. That is the game that I cannot wait for.” 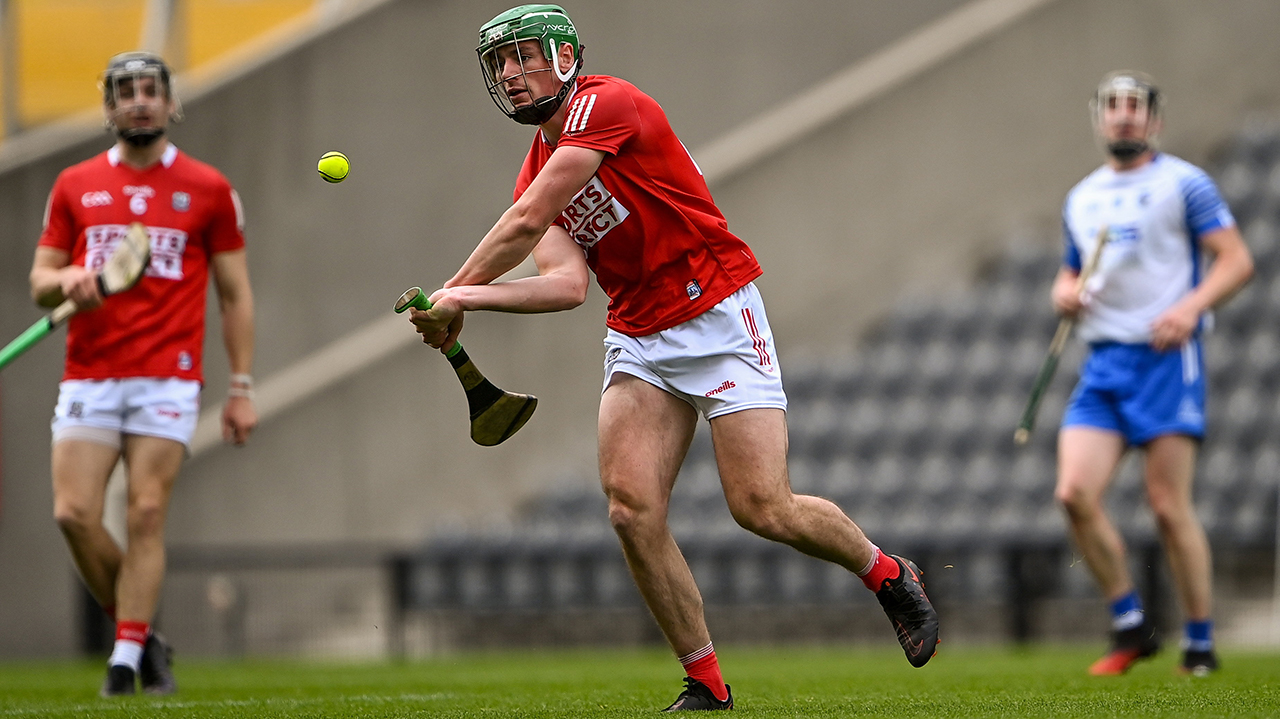 Robbie O'Flynn of Cork during the Allianz Hurling League Division 1 Group A Round 1 match between Cork and Waterford at Páirc Ui Chaoimh in Cork. Photo by Piaras Ó Mídheach/Sportsfile

Cork need to play to their strengths

For O’Connor, Cork's potential success will hinge on their ability to not get sucked into a physical battle, but rather to play to their strengths on the pitch.

“Cork have to play to their strengths,” O’Connor said. “Waterford have ball-winners in Jack Fagan and Calum Lyons; they have plenty of big, physical players that are good in the air and can compete with the Limericks and the Kilkennys.

“But Clare arguable don’t have them, and Cork probably don’t have them either. So, you have got to play to your strengths, and the strengths that Cork do have is they have real pace.

“They also have a high skill level. Defensively there are question marks; Cork can concede some of the tallies that they have been shipping in recent years, so that has to be addressed.

“But they are sleeping giants; it is hard to believe now we are talking about 16 years since they have won an All-Ireland.

“It has never happened before in their history, and for me I am just intrigued as to what they will bring in this year’s Championship.”