Brian Lohan was "disgusted" by referee James Owens decision to award Tipperary a penalty early in the second half of Clare's 3-23 to 2-22 loss on Sunday afternoon.

At halftime, Clare led by a single point, however, Owens sent Aidan McCarthy to the sin-bin following a challenge on Tipperary's Jake Morris. Owens also awarded the Premier County a penalty for the mistimed tackle.

Aidan McCarthy was sin-binned for this challenge and a penalty was also given in the crucial moment in this game. Did you agree with the decision? pic.twitter.com/rxa0JAdwCd

The decision had a major impact on the game as Tipperary converted the ensuing penalty and marched on to victory, much to Lohan's dismay.

"It is not the first time James Owens has been involved in a decision like that," Lohan said to reporters during a post-match scrum.

"Last year, David McInerney was sent off. Owens was involved in that. I am very frustrated with it.

"I do not know where the referee got his interpretation [from]. I would say the only man in the ground that saw a goal-scoring opportunity out of that [was him].

"Aidan went for the ball and mistimed the tackle but how he called it a penalty and sent one of our men off... I am just very frustrated with it. 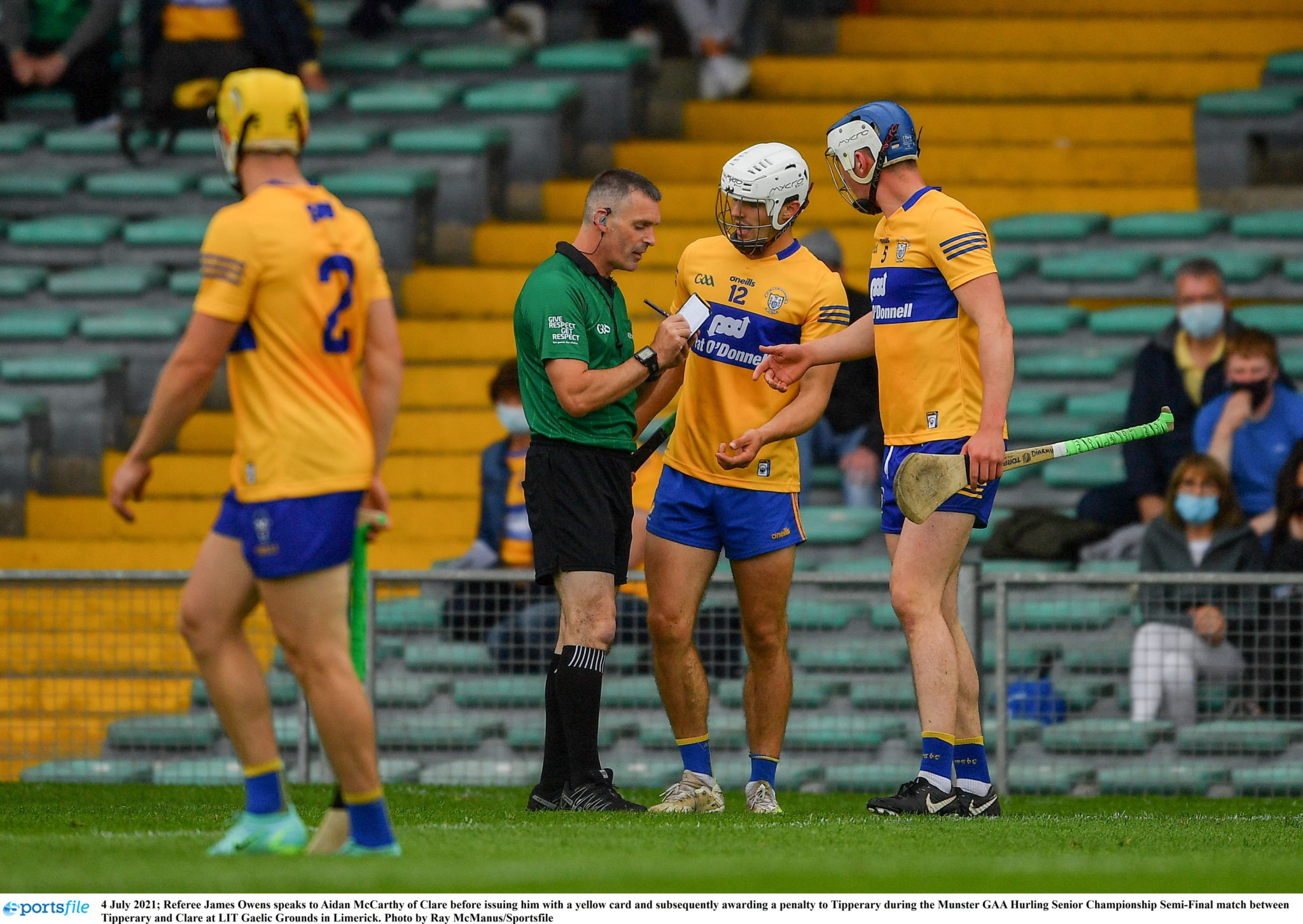 After converting the penalty, Tipperary would score another goal, in somewhat fortuitous circumstances, within five minutes, that buried Clare. Lohan pointed out that his players did not deserve to go down in that manner after their first-half display.

"Our lads do not deserve that. They trained hard, trained well and came down and gave their all. I am just so disgusted with that decision.

"I do not want any explanation for it. We are out of the championship so I am not concerned with an explanation. It gives me no pleasure, it gives nobody here any pleasure to see a referee booed off the field at the end of the game but it is his own fault."