Galway's Aidan Harte has announced his retirement from inter-county hurling.  The Gort wing-back...

Galway's Aidan Harte has announced his retirement from inter-county hurling.

The Gort wing-back has spent 13 years with Tribesmen, the peak of which was in 2017 when he was a key member of the side that claimed the All Ireland title.

Harte says those years have taken their toll on his body, adding that it's time for him to "turn the page".

He's the latest big name to depart the Galway panel before new manager Henry Shefflin gets down to work. Back in July, Joe Canning confirmed he'd played his final inter-county game.

Harte was first called into the Galway panel in 2007 by then-manager, Ger Loughnane. He'd been a member of the All Ireland U21-winning side of the same year.

However, he'd have to wait until 2010 until he became a regular fixture - and initially as a forward.

By the mid '10s, Harte had been converted to a wing-back, starting there in the 2015 All Ireland final loss to Kilkenny.

But 2017 would be the annus mirabilis for both player and county. Harte made the no.7 jersey his own as Galway hoovered up League, Leinster and - with a 0-26 to 2-17 win over Waterford - a first All Ireland title in 29-years.

He'd help Galway retain the Leinster title the following year, and added a third Allianz League medal to his collection just this year. 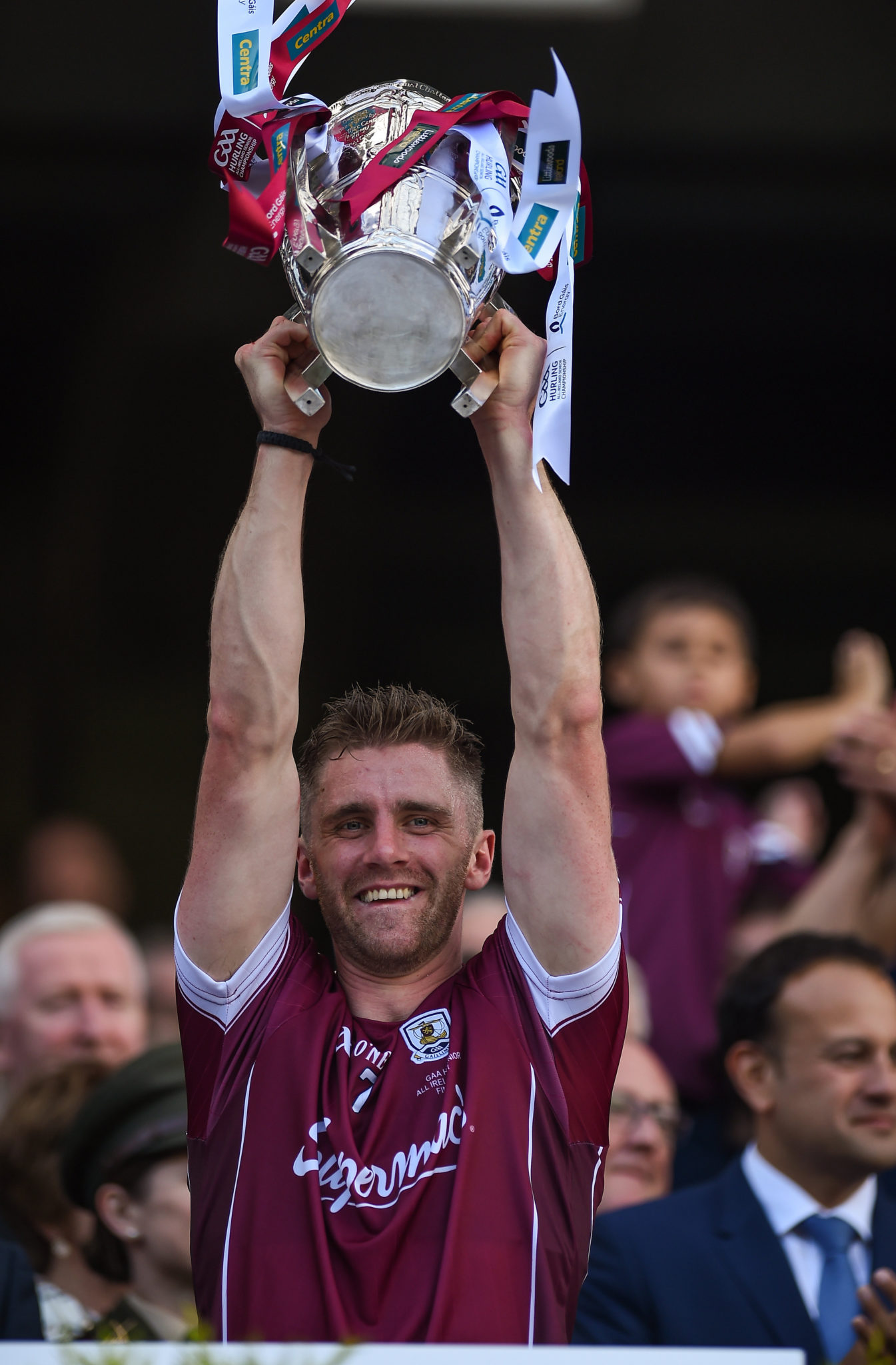 A note of thanks:

It has been an honour and privilege to represent Galway at Senior level for 13 seasons. This is something I never took for granted. Unfortunately, it has also taken its toll on the body and therefore the time has come for me to turn the page.

I would sincerely like to thank in particular my family Josie, Karen and Aileen, girlfriend Camilla, close friends, coaches, teammates, medical and backroom staff for all their support. I would also like to acknowledge the huge role my club Gort has played in my development as a hurler and a person.

Being in a position to share the field with and against some of the greatest players to ever play the game along with getting the chance to showcase our sport worldwide has provided me with memories I will forever cherish and making many great friends during those times.

With the ongoing time and commitment involved in intercounty I cannot thank the GPA enough. They provided me with numerous opportunities off the field in order to progress my career which has been aided considerably by my past and present employers through their understanding and cohesion in certain situations.

The Galway supporters have always been phenomenal, making huge sacrifices to support us on our journey.

Now I look forward to being one again, willing on the current management team and players to every success in 2022 and beyond.