As a hurling championship like no other reaches its conclusion this weekend, former Tipperary hur...

As a hurling championship like no other reaches its conclusion this weekend, former Tipperary hurler Shane McGrath outlined where he believes the All-Ireland final will be won and lost as Limerick meet Waterford this weekend in Croke Park.

Meeting for the second time in the 2020 championship, Limerick and Waterford will contest an All-Ireland final for the very first time this coming Sunday.

Earlier in the competition, it was John Kiely's All-Ireland winners of 2018 that came out on top against Liam Cahill's side in the Munster final with four points to spare.

However, after Waterford overcame Clare and Kilkenny on their way to this weekend's clash, it is widely felt that the upcoming All-Ireland final will be decided by very fine margins.

With that in mind, Shane McGrath broke down where he believes the game will be won and lost.

4 factors that could decide the All-Ireland final

Limerick's attack is primed to click on all fronts:

"Is the ultimate unified performance coming," Shane McGrath asked, wondering if Sunday might be the day it all comes together for Limerick's attacking players.

"In the Munster final they're full-forward line was on fire and they scored 0-9 from play, but in the All-Ireland semi-final they only scored 0-3 from play and Graeme Mulcahy was taken off after 39 minutes.

Echoing the sentiments of Tommy Walsh, Shane McGrath believes that goals remain crucial to the winning of big games.

"With the exception of two finals since 2000," he outlined, "Galway in 2017 and Cork in 2004, the team that wins has scored at least a goal. Going off the law of averages, whoever wins the final at the weekend will need to score a goal or two."

"They do have it in the locker to go for goals though," McGrath assured, Limerick hitting 3 in the Munster semi-final against his own Tipperary.

"If it is a thing that Limerick do find that space, they have serious potential for getting a few goals and if a Limerick team hits two or three goals you're talking about them winning by 7, 8 or 9 points." 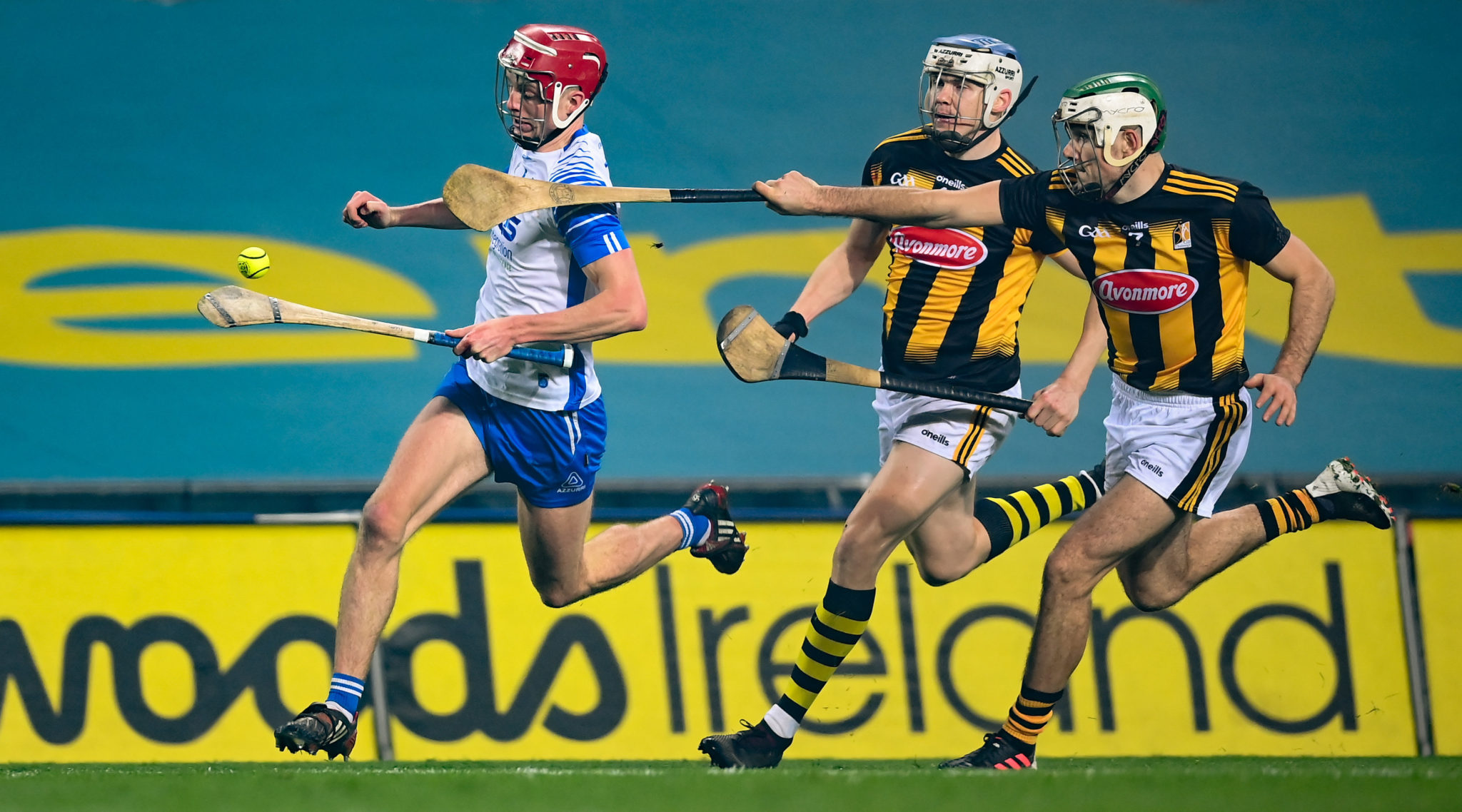 28 November 2020; Calum Lyons of Waterford in action against Kilkenny. Photo by Sportsfile

Although it may not be the Kilkenny of old, Shane McGrath is adamant that the manner in which Waterford defeated Brian Cody's side will be a source for great optimism.

Trailing the Cats by nine points at one juncture, they rallied superbly to win with four left to spare.

"They would have learned a lot in what would have been for a lot of them their first time playing for Waterford's seniors in Croke Park," he suggested. "Their start was terrible but if you look at the mental strength they showed.

"Before, teams would have collapsed that fell that far behind Kilkenny in an All-Ireland semi-final. The mental strength and trust they had in what is a really good system - it will stand to them the next day massively when they're playing a big game in Croke Park."

Waterford will be liberated by the lack of usual distractions:

In an All-Ireland final like no other, Shane McGrath suspects that the absence of all the usual distractions surrounding this landmark game will work in Waterford's favour.

"As a player in this build-up week," the 2010 All-Ireland with Tipperary explained, "you're usually trying to get the suits organised, your own bag and very, very importantly, your partner's bag.

"Tickets are an issue, the clothes you'll wear the following day - all these things really that only come around with All-Ireland finals. These are things now that Waterford won't have worry about and I think that can only be an advantage.

"Liam Cahill will manage them very, very well and all they'll have to worry about is themselves."