The former world number one golfer was heavily criticised for his use of a homophobic slur after missing a short put in the Sentry Tournament of Champions last week.

Although he immediately spoke to media after his round to apologise for the outburst, he was dumped by sponsors Ralph Lauren after the tournament.

Both Rouse and McIntyre suggested that the response may have been blown out of proportion, especially considering the sincerity of Thomas’ apology.

“I just wonder about the blowback towards Justin Thomas,” McIntyre said. “He clearly comes across to me as a genuine fella.

“He was appalled by what he had said, he came out immediately after the round and apologised; he didn’t get an agent to do it on his behalf, it didn’t take several hours for it to come out.

“I just wonder at the level of criticism that has been sent in his direction. Is it justified? Perhaps it is.”

Rouse agreed, suggesting that the wording of the apology in particular was different to many other apologies from celebrities for similar offences.

“I think that the Justin Thomas apology was actually a proper apology,” Rouse said.

“He didn’t come out with that odious line about ‘if you someone was offended by what I have said’.

“He actually said, ‘look, I am an adult, it is outrageous that I have said this’, and he was clearly almost bewildered about where it had come from.” 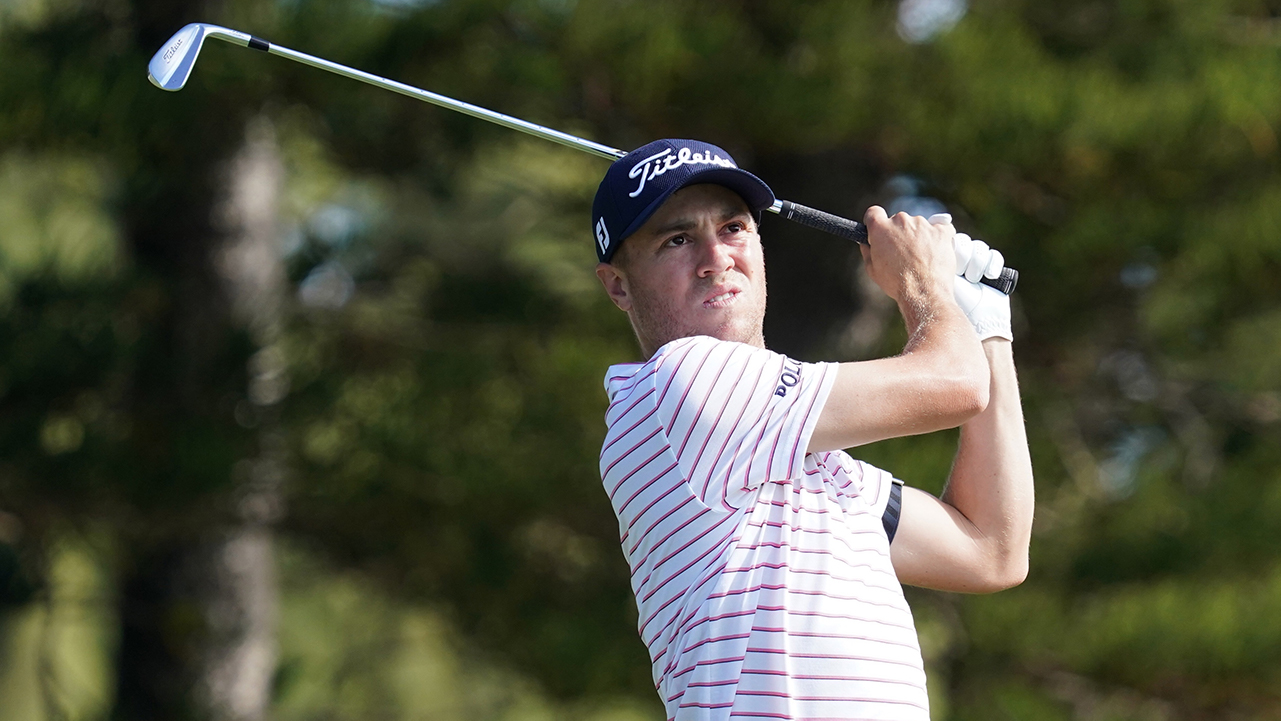 Thomas needs to understand why he said it

While the apology seemed genuine and he feels that the blowback might be too much, McIntyre believes that Thomas needs to interrogate why he even used the word in the first place.

“For him, I think he needs to take a look at himself and ask himself why that particular word was on the tip of his tongue,” McIntyre said.

“What did he mean by it? Does it mean something needs to change in his own mindset, in his own view of the world?

“I don’t know, but I was looking at an elite sports person make a bad mistake, an unacceptable error, but despite the fact that I play off 16 and he is one of the greatest players in the world I could still relate to what had happened to him.”

McIntyre can understand and relate to the incident, as he recalled a similar moment from his own past in which he uttered a word that he deeply regrets.

“I think many of us who have played sport at any level would be lying if we [said] we didn’t swear at ourselves in a manner that would be deeply offensive to somebody from the fabric society from a different background,” McIntyre said.

“I do remember myself playing a game of five a side and roaring out load at myself for missing a chance I felt I should have taken.

“It was brought to my attention by someone that was playing with us that what I had said was unacceptable.

“This was about 10 years ago, and I definitely have not uttered the word that I used that day since.

“It would be deeply offensive to a lot of people if I were to do it now.”

Tiger Woods crash 'purely an accident' according to investigators