Shane Lowry: His legendary, unifying Open win an inspiration to all young people

There were tears in my eyes when Shane Lowry lifted the claret jug behind the 18th green at Royal Portrush following his victory in the Open Championship yesterday evening, writes John Duggan.

How could one not be emotional by witnessing a much-loved County Offaly golfer winning the oldest major in world golf by six shots in County Antrim?

The return of the Open Championship to the island of Ireland for the first time in 68 years was a special storyline in itself.

Portrush, the Royal and Ancient and the Northern Ireland authorities who oversaw the tournament delivered a first-class experience for spectators.

I travelled back and forth from Belfast every day and everything went like clockwork, the roads, the buses, the trains. There is a lot of unseen effort that goes into these complex, large scale events at every level and it can be viewed as a tremendous success. 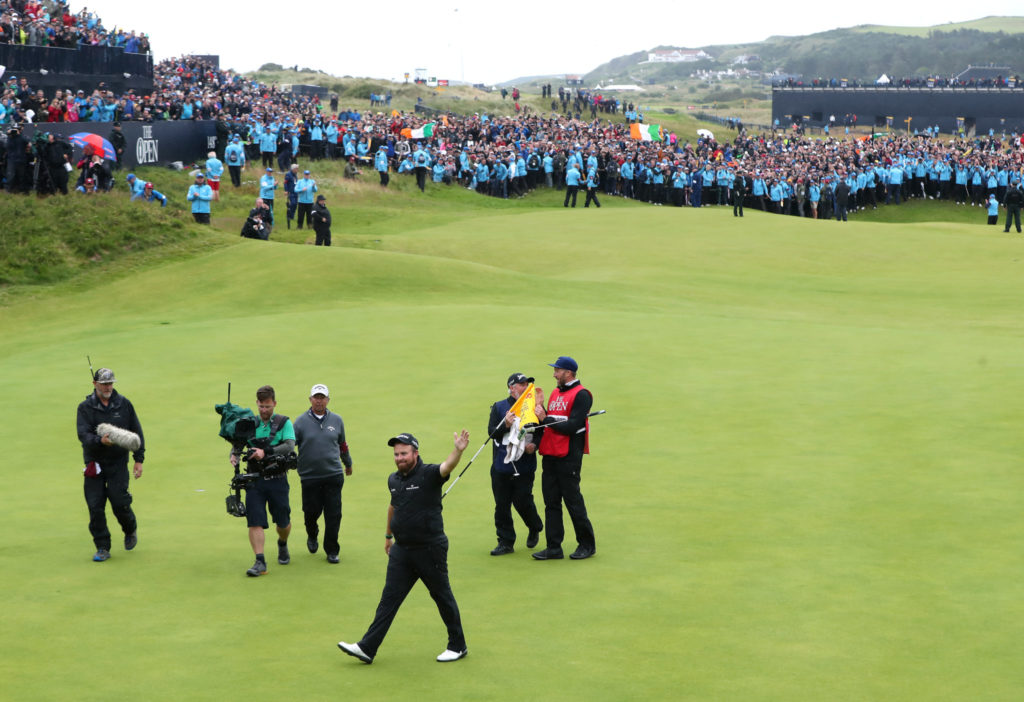 A total of 237,750 went through the gates, the course set up was fair and the players loved it.

Having visited Russia for the FIFA World Cup last year, there is an intrinsic pride in the local people if a big circus comes to town.

It’s akin to inviting someone into your home, giving them a bed and cooking them a meal. There’s a sense of hospitality and putting your best foot forward.

I felt a warm welcome in Russia, at the Irish Open in Lahinch a few weeks ago and in Portrush.

John Duggan joined OTB AM to discuss one of the most momentous days in Irish sporting history:

Towns complement golf tournaments, as there is a wider sense of craic and festival.

What I noticed in Northern Ireland was the friendliness of the volunteers, the staff at railway stations, the security staff. These are the unsung heroes of these big shows. Our sporting hero today is Shane Lowry and his win carries deep symbolism.

When I was young, I heard news on the radio on a regular basis of a person being killed in Northern Ireland. Conflict raged for a quarter of a century in ‘The Troubles’ and over 3,000 people lost their lives. I remember as a young person feeling a sense of fear and foreboding, that things were getting out of control.

I was frightened watching the Milltown Cemetery attack and subsequent killing of the two corporals in Belfast in 1988 on television. I sensed the situation was especially dark around the time of the Shankill Road bombing in 1993, the resulting Greysteel atrocity and the Loughinisland massacre the following year, just before the ceasefire.

I toured Belfast in a black taxi today, viewing the murals in the Catholic and Protestant areas of the city. The sights are now something of a tourist attraction, the subject of a leaflet in hotels, which I suppose is reflective that society had healed, life has moved on and peace has been won since the 1998 Good Friday Agreement.

It’s always a precious and delicate dove, which must be handled with care, Brexit or no Brexit, deal or no deal.

Peace should never be taken for granted, as the two communities live side by side here, but not necessarily together. There’s still a road to travel.

Back in Belfast now. Thank you ⁦@ShaneLowryGolf⁩ @TheOpen⁩ ⁦@royalportrush⁩ for an incredible and historic week. I will be on ⁦@BreakfastNT⁩ and ⁦@OffTheBallAM⁩ in the morning to talk about a truly great and memorable day for Irish sport. 🇮🇪👍🏻 pic.twitter.com/eLCS3HyWRF

Shane Lowry was born in 1987 and Rory McIlroy in 1989, when conflict was raging in the six counties. Hosting an Open Championship in Portrush would have been inconceivable back then from a security standpoint.

Now, we are nursing the beautiful hangover of a unifying victory by Lowry, who drove up the motorway to play. Not unifying politically, but in a humanist way.

Society has made leaps in directing its compass away from tribalism and to a place where it doesn’t matter where somebody is from, what they believe, what their religion is, what their sexuality is.

So to witness the stadium feel of the Open this week, the Ryder Cup nature of the vociferous crowd and a perfect winner for that template was joyous.

It felt like an Irish Open, but the reality is Lowry won convincingly against 155 players, with the biggest three names of this generation; Tiger Woods, Phil Mickelson and Rory McIlroy missing the cut. 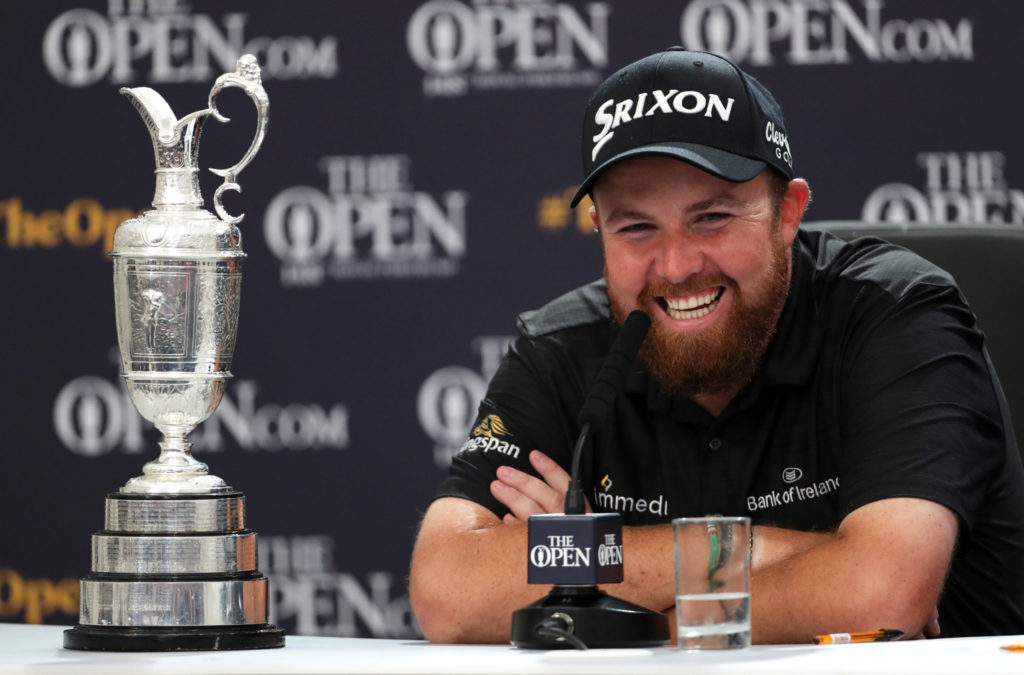 Republic Of Ireland's Shane Lowry during a press conference after winning the Claret Jug during day four of The Open Championship 2019 at Royal Portrush Golf Club.

A cheque for €1.7 million is welcome for Lowry, as is the five-year major exemption. However, what is really important is his place in the history books and the permanence of his name engraved on that silver jug.

Lowry has always had something.

One doesn’t win an Irish Open as an amateur without possessing a unique natural talent. His hands are deft, his chipping sublime, his driving solid.

He was fantastic with approaches this week. It’s nice that he won The Open exactly a decade after Baltray.

We have observed from afar the peaks and troughs, the frustrations in his career. A solid family unit and the support of friends, peers and his team has given Lowry the tools to make it in the cut-throat world of professional golf.

Lowry is only 32 years old and if he continues to play with freedom and enthusiasm, more majors can be in his future.

What we all relate to is his ‘Everyman’ persona, his love of GAA and the craic, his ability not to grace any ivory tower.

That’s why I think the entire nation is thrilled for him.

Shane Lowry’s perseverance from amateur to leading professional, to global news, without changing the overall fabric of his being is an example to any young person on their sporting or indeed any other life journey.

You can become the next Shane Lowry, the next Katie Taylor, Robbie Keane, Henry Shefflin, Stephen Cluxton, Brian O’Driscoll or Annalise Murphy by following your dream, working very hard and actively developing a support network.

Shane Lowry’s magical victory and the staging of the Open Championship on Irish soil has reminded us of ‘The Art of the Possible’. It can be done.

It’s a good feeling to be walking around to in the aftermath.

Tiger Woods crash 'purely an accident' according to investigators