Stephanie Meadow is celebrating one of the best weekends of her professional golf career after placing third at the Pelican Women's Championship.

A one-under-par final round of 69 in Florida saw the 2016 Irish Olympian end up on nine-under, five shots behind the winner, world number two  Sei Young Kim.

Meadow collected a cheque for $105,778 in what was the 28-year-old's best showing on the LPGA since placing third at the women's US Open back in 2014.

"I went back to a putter which I used to use in university," the Ulster woman told Joe Molloy on this evening's Off The Ball when asked about the secret to her impressive work on the greens last week.

"Whatever it is about it, the specifications suit me perfectly and I have so much more confidence with it. I put it back in the bag in Georgia about three weeks ago and I could just see it breathe life back into my putting.

"There's a reason I putted with it for so long, I'd had three different putters in as many weeks and just couldn't find anything and I went to the garage and there it was. Thankfully I found it and I've actually got a back up made of it, in case anything happens to that one!

"When you start rolling in a few putts, everything else builds momentum from there and I'm hoping I can keep my foot to the ground here and keep going for the rest of the year." 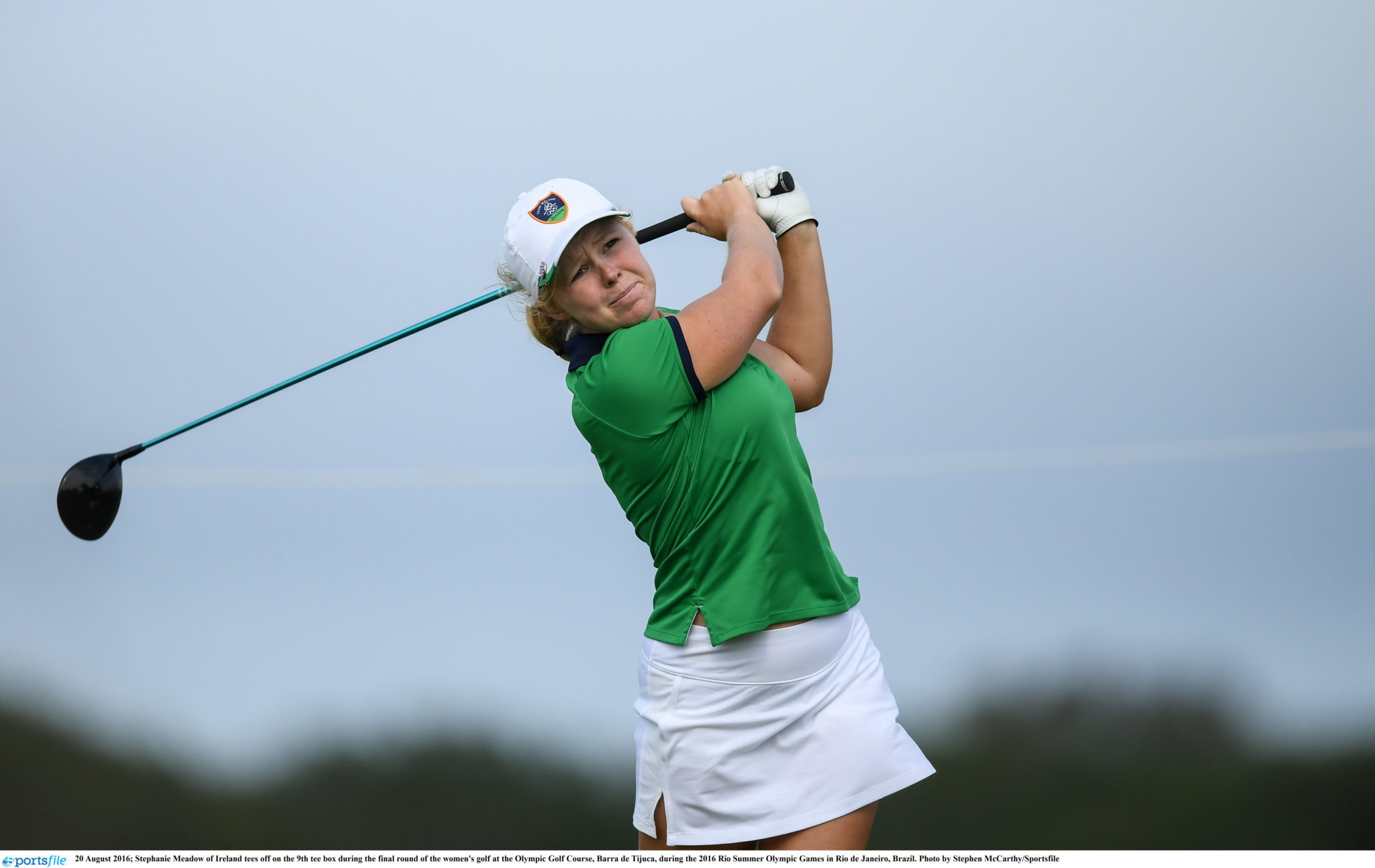 Hitting form ahead of Tour Championship

Meadow added that last weekend's top-three finish has helped her achieve her plans of competing at the season-ending Tour Championship.

"My biggest goal for the whole year was to make it into the Tour Championship, that's top 60 on the points list and I'm now up to 35th so it's nice to achieve that goal.

"It's a huge confidence boost and something I'll be able to take into next year. I've been pretty consistent and I've only missed two cuts, finishing in the 30s and 40s and that's what you have to do out here.  It's also a nice financially and eases a bit of pressure.

"There's a bit more pep in your step when you're contending, in golf we don't get to win very often, even the best in the world don't, so any time you have a chance then that's what we thrive on.

"I made two early bogeys on Sunday and I said to myself 'I'm not doing this, I'm not going to let this slip through my fingers', and I didn't."

The Jordanstown-native is currently on the standby list for next month's US Open but admits it's unlikely that she'll get the chance to tee it up at the major.

"Unfortunately they closed the field last week and I was 32nd reserve and I don't think 32nd reserve is going to make it in. Had the field been closed a week later I would probably have been in. It is what was it is and this top three in Florida has got me into Texas in a few weeks and then I'll have a week off before the Tour Championship to finish out the year."