The PGA Tour has announced plans to deploy three mobile units across the United States that will ...

The PGA Tour has announced plans to deploy three mobile units across the United States that will be able to test for Covid-19.

The tour resumes next week with the Charles Schwab Challenge being played behind closed doors in Texas.

The PGA say that the mobile units can provide quick, reliable COVID-19 testing procedure for players, caddies and essential personnel.

The units could also could carry over to PGA Tour Champions and the Korn Ferry Tour for the remainder of the season.

"So, plans have been finalized whereby Sanford Health will deploy three of the units across the continental U.S., each manned with a driver and three technicians, to cover the three Tours for the remainder of the season." 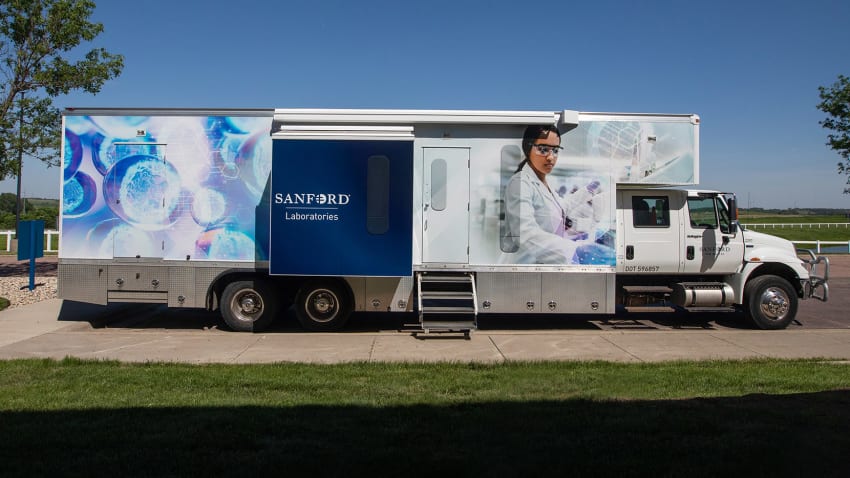 Sanford Health say they have the ability to deliver on-site testing with rapid results through mobile testing. (Courtesy of Sanford Health)

The unit will arrive at the course on the Saturday before the tournament and begin to process tests which the PGA say will take less than five minutes to administer.

Approximately 400 individuals are expected to be tested on-site each week and the test results are returned within several hours.

The mobile unit will remain on-site until the Thursday after the tournament before travelling to the next closest tournament site, regardless of Tour.

Meanwhile, the Official World Golf Rankings will start again this month to coincide with the PGA Tour's return to tournament action.

The rankings were frozen in mid-March due to the Covid-19 pandemic and men's professional tournament golf being inactive worldwide, although will now work as normal for events taking place the week ending June 14.

Concerns have been expressed with other tours, such as the European Tour - resuming at later dates but the OWGR say ranking points will be awarded, divisors adjusted and past points degraded on a weekly basis.

"With competition on the other eligible tours not restarting at the same time, many players will not have the opportunity to compete for ranking points until a later date,'' the OWGR said in a statement.

"The averaging formula used in the calculation of the ranking will help to mitigate any resulting impact, be it positive or negative to a player's ranking.''

Currently Rory McIlroy is the world number one golfer.

The Irishman is followed by Spain's Jon Rahm at number two and third ranked Brooks Koepka.