Who better to run through the talking points of the Masters 2020 than the European Ryder Cup captain, Padraig Harrington?

Harrington joined OTB AM to look back at a record-breaking weekend at Augusta, with Dustin Johnson adorned with the green jacket.

On Johnson and much more, take it away, Padraig: 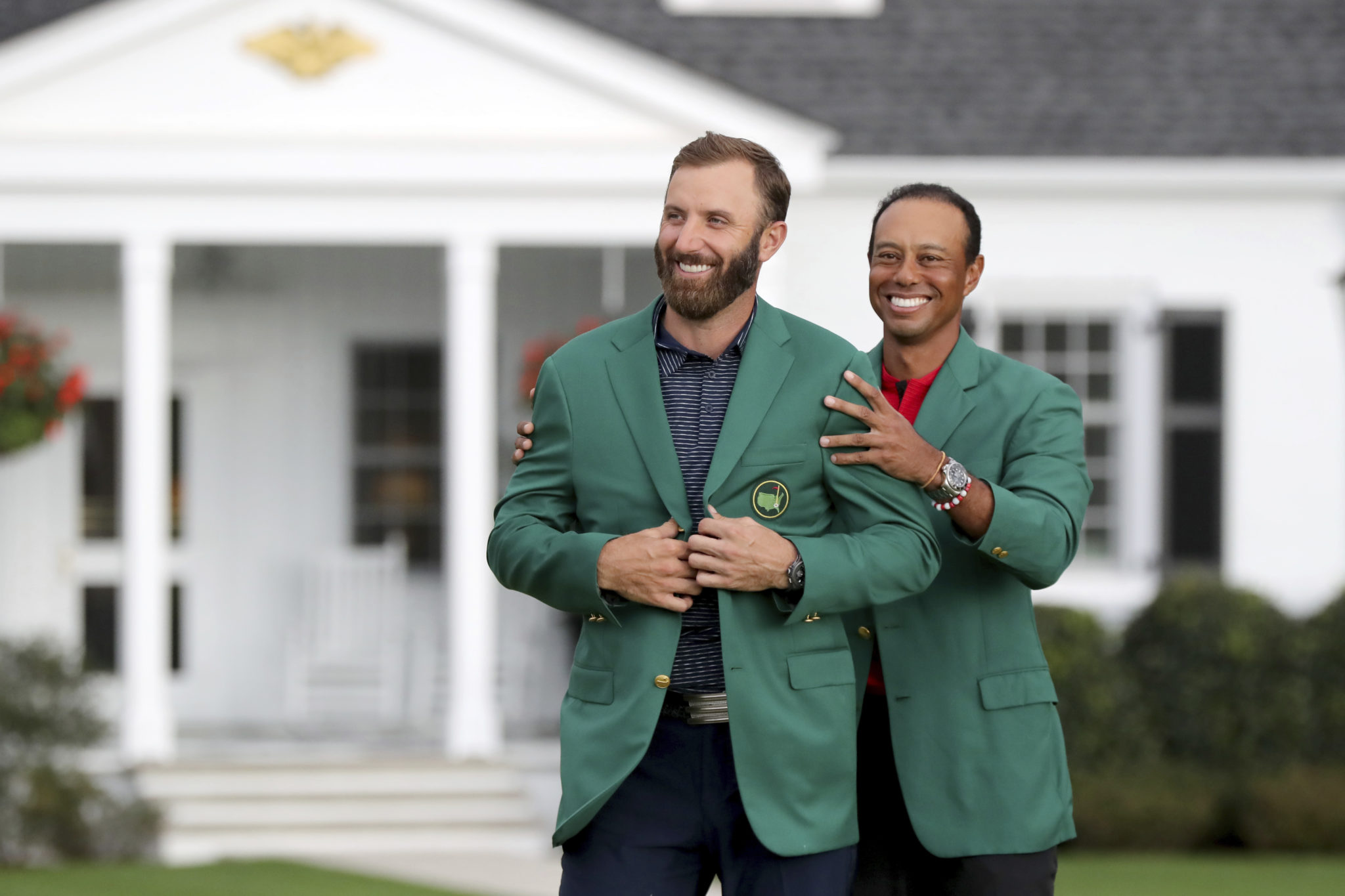 "When we thought he was such a good player ten years ago, he wasn't," Harrington said of the new Masters champion.

"He drove the ball unbelievably well - but he wasn't a complete player.

"He is putting better because if you wedge better you create more chances."

Padraig Harrington believes this is due to hard graft.

"If you looked at DJ ten years ago, you could have criticised him; the image is that it came too easy to him.

"Whereas now, he works hard. He's not somebody who spends hours beating golf balls. But he is very disciplined with what he does around the golf course; his training, eating and lifestyle. He is very good at events. 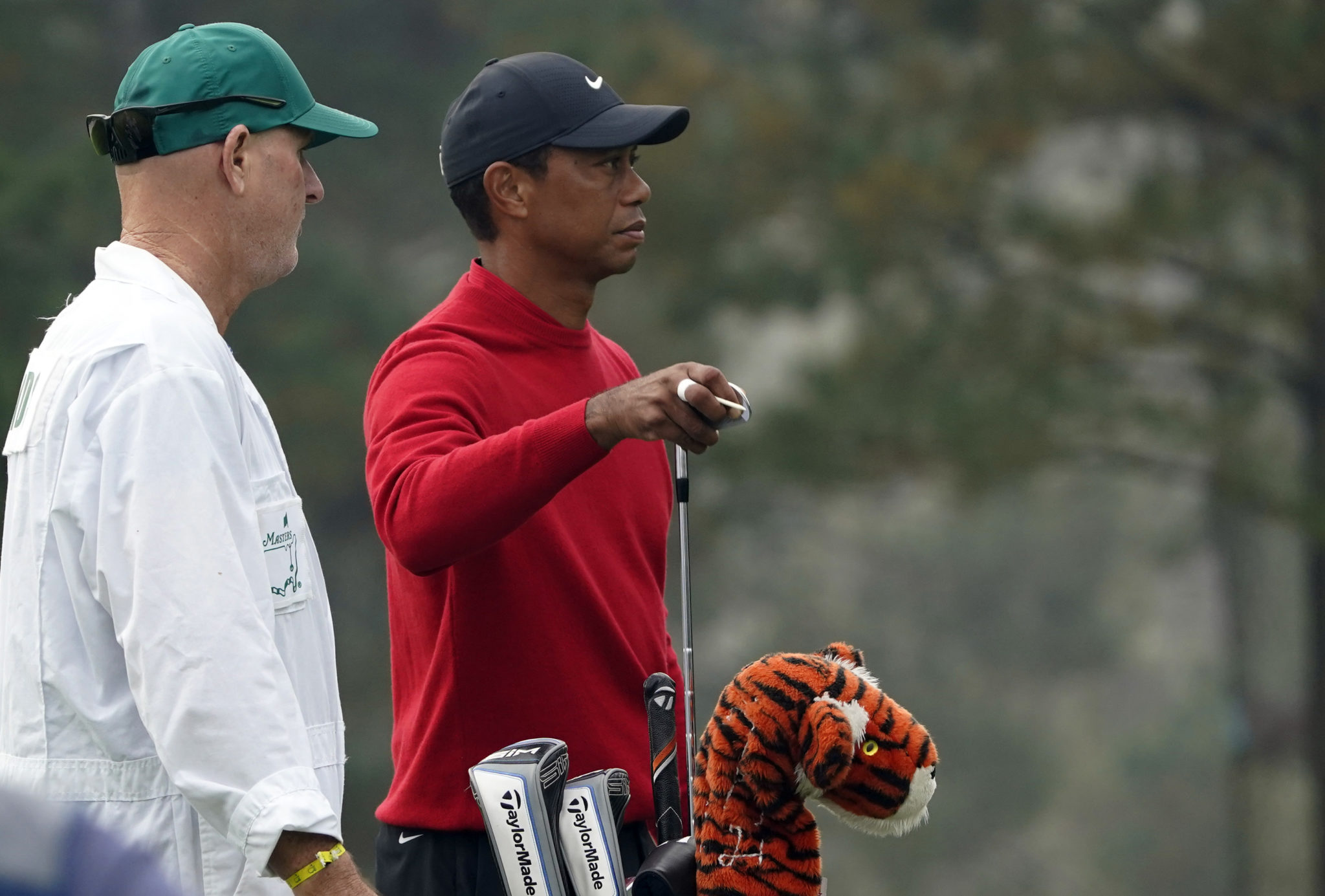 Nov 15, 2020; Augusta, Georgia, USA; Tiger Woods pulls a club for his shot from the third tee during the final round of The Masters golf tournament at Augusta National GC. Mandatory Credit: Michael Madrid-USA TODAY Sports/Sipa USA

"He didn't play his best golf at the Masters last year until he had a chance at winning the Masters," Harrington said.

"He kind of needs that at the moment - he needs to be put in that position of stress and pressure for the best of his golf to come out."

Was it one physical stretch too far for Tiger?

"But clearly if he can birdie five of the last six holes, clearly some of it is a motivation thing. We all know that he won a tournament with a broken leg - a fracture.

"I think at this stage of his career - little things can motivate you. Maybe someone in the media says something and it pushes and spurs you on.

"Definitely with Tiger, he is a better player when there is something on the line." 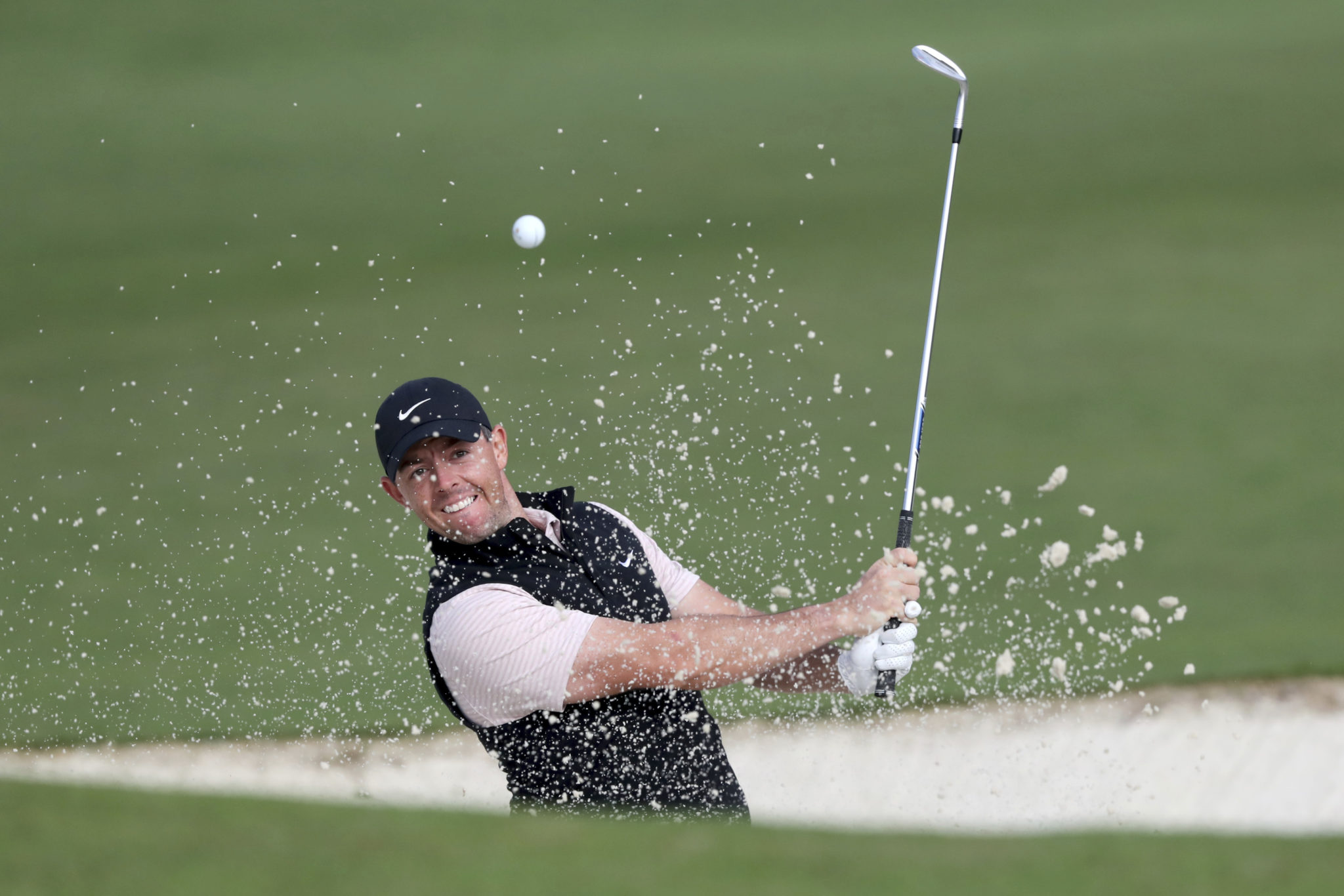 Rory McIlroy hits out of the bunker on the second hole during the final round of the Masters golf tournament Sunday, Nov. 15, 2020, in Augusta, Ga. (Curtis Compton/Atlanta Journal-Constitution via AP)

Naturally, given his ability, thoughts turned to another tournament where Rory McIlroy was not in serious contention for much of the period, despite a late run.

"Clearly it is not an easy fix," Harrington said of Rory's game.

"He has tried a number of different approaches and it is very evident that he is telling the world that he is relaxed and has other priorities.

"I know people are trying to kick back and saying that he is not trying hard enough. This is deflection by him.

"Clearly he is wanting this very badly and you can see that by the start in the first round.

"With Rory, you just have to sit back and believe it is going to happen and wait for it to happen. You can't force it at times." 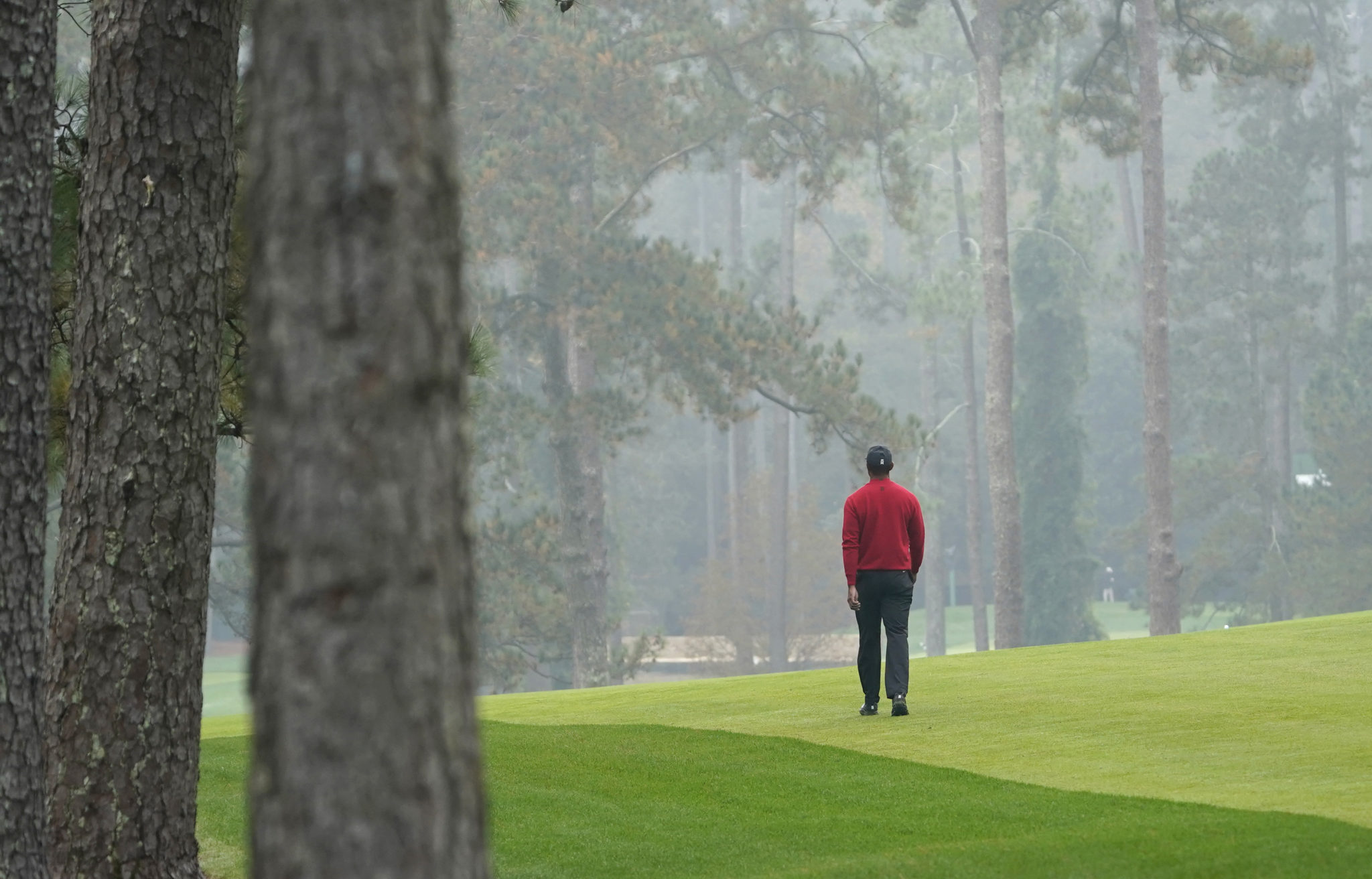 "I had a thirteen the week after I won my first tournament on the Tour, all on TV," said Harrington.

"What is interesting about it is they did a little colour diagram in The Times in the UK about how I took the thirteen and my mother cut it out and framed it!

"It's still up at home and there is literally nothing else up at home bar that picture!

"It's tough when it's happening, but it is nothing more than a score. If you are out playing golf all the time, it is going to happen eventually.

"I didn't respond like Tiger, I made a few pars afterwards! I was impressed with Tiger's birdies on the last six holes and it made you think: Tiger needs some motivation, doesn't he?"

The best players get ready for the Sunday 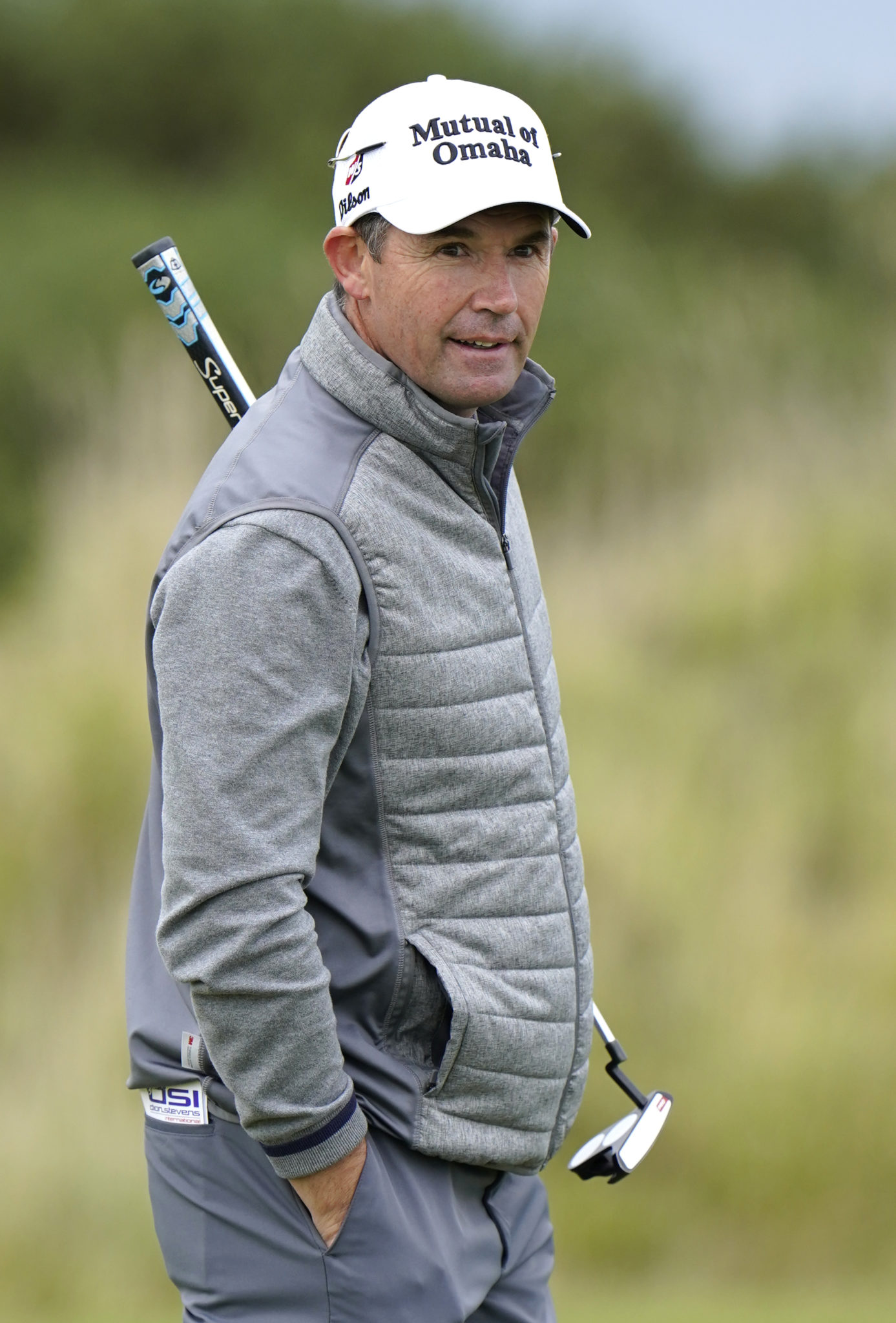 Ireland's Padraig Harrington on the eighteenth during day four of The Scottish Championship at Fairmont St Andrews.

In light of Rory's perceived troubles, is it best to keep yourself there or thereabouts from Thursday to Saturday, ready to strike on the last day?

Padraig Harrington shared some memories of the elite players he played with at Majors.

"Somebody like Jack Nicklaus would say that he didn't want to peak on a Thursday, he wanted to play his best golf on Saturday or Sunday.

"I would say that the best players I have seen in my career in terms of winning would have been Tiger and Monty.

"Both of them were all about trying to get ready for Sunday and not pay much attention to Thursday because they wanted to build momentum and they didn't want to burn themselves out."

What is Dustin Johnson really like? | His coach tells Golf Weekly