McDowell: 'It was like McIlroy was leading coming down the stretch yesterday. He was wearing his heart on his sleeve'

Graeme McDowell admits he was in awe of Rory McIlroy's "battling" performance as the four-time major winner narrowly missed the cut at Royal Portrush on Friday evening.

The 30-year-old had it all to do after an opening round of 79 saw him seven shots adrift of the projected cutline. Despite a dramatic turnaround on Friday - which saw him card a six-under-par round of 65 - the Holywood man was unable to book his place in Saturday's action.

Speaking to Off The Ball's John Duggan after Saturday's round of 68, McDowell described McIlroy's captivating final round.

"I think anyone who watched Rory finish yesterday - I mean it was exciting," he said. "It was like he was leading the tournament coming down the stretch. He was wearing his heart on his sleeve.

"He laid it all out there coming in. And to watch him break down a little bit, it legitimised my tears in my eyes on Thursday morning.

"I was on the first tee on Thursday wondering what the hell was wrong with me. But when I saw Rory last night I finally realised it.

"It means a huge deal to us all. I think Rory won himself a lot of fans last night, to show how much it means to him and to all of us being out here." 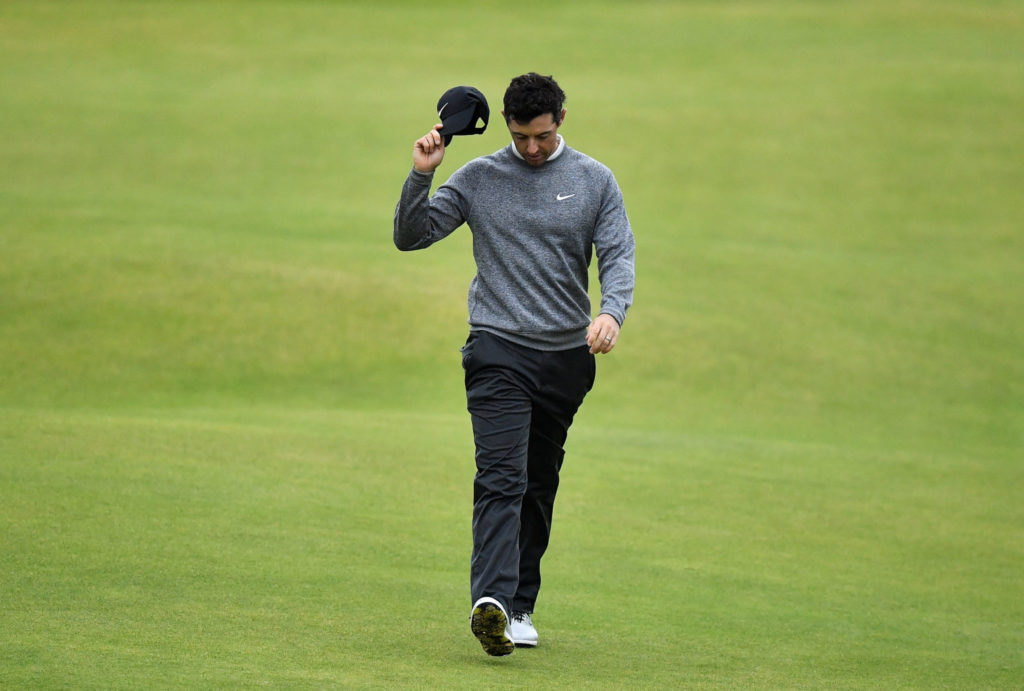 McIlroy despondent after just missing the cut at Royal Portrush on Friday.

He continued: "He didn't play the way he wanted to play and the way he battled coming down the stretch, it says a lot about him as a person. It's great in sport when we see some emotion.

"Sometimes these guys can look like robots out there. We hurt and hurt a lot sometimes. It's a tough sport."

McDowell, meanwhile, sits six shots off the lead on -2 after his third round.