Offaly’s Shane Lowry didn’t just win the Open Championship. He won it by six shots, rarely looking under threat during his final round at Royal Portrush.

Lowry’s victory is the second-largest Open winning margin of the decade and the biggest since Louis Oosthuizen’s seven-shot win nine years ago.

And the gap in the field meant that Lowry was able to enjoy the final holes as an irrepressible smile overtook his beard as his preeminent feature.

The Clara native held his arms aloft as he soaked in the applause on the journey up the 18th fairway. He knew then that he was certain to join the exclusive list of Irish major champions. 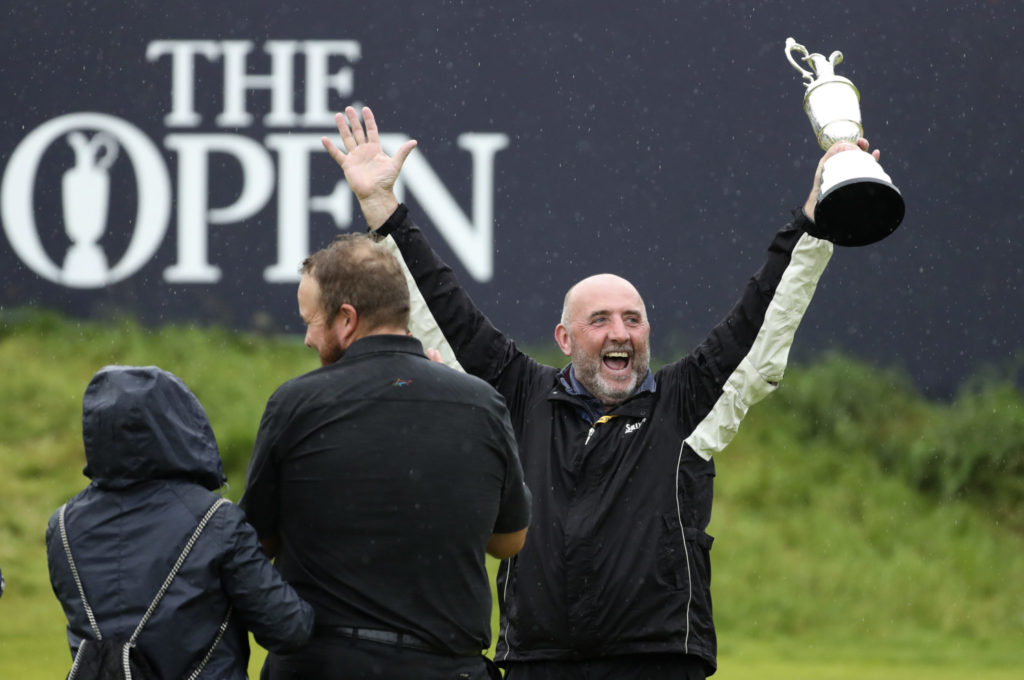 It had been a long and difficult journey to that 18th fairway in Portrush. It had been four days of brilliant golf, 71 prior holes, a decade of professionalism, and a lifetime of support from his parents Brendan and Bridget Lowry.

It was not always easy for Lowry's parents to support their son and he choked up as he admired the famed Claret Jug in his hands and thanked them for getting him to that point.

The role of Lowry’s parents was highlighted by hurling referee and Clara native Brian Gavin on Sunday’s Off The Ball. Gavin revealed the support for Lowry that enabled what he described as the “greatest achievement in Offaly since 1982.”

Gavin explained the sacrifices that Lowry’s parents made for their son even “when money was very, very tight” in the family.

“It was a very tough time for his parents Brendan and Bridget. When times were tough they were bringing Shane all over Ireland when money was very, very tight and by God did that man repay his mother and father today.

“Brendan Lowry used to work in the ESB and when he finished he took on the job then of doing tiling and bathrooms for people, even to two years ago down doing houses.

“I know he likes to keep busy anyway but Brendan Lowry worked his socks off, like Bridget, to keep Shane Lowry going at the level he was at. It could have turned out that he didn't make it at golf but by God did he make it at golf. It's grand for us in Clara but people outside need to know that and how nice a fella Shane is.”

Gavin was speaking live from Baggot’s pub in Clara and said that for the people of Clara it was the greatest day in the county since Richie Connor lifted the Sam Maguire in 1982.

“From a Clara and Offaly perspective, this is the finest achievement since. And I know we’ve won hurling All-Irelands in between.

“He’s from Clara – it’s not even going to sink in. It’s going to give the whole town a lift. Days like this just give everybody a lift. In Offaly GAA and hurling, we weren't where we once were and this paints over that."

Matsuyama on the brink of Masters history