Leona Maguire's father, Declan Maguire, has outlined that despite his daughter's outstanding Solheim Cup performance, she was disappointed she didn't get to face world number one Nelly Korda in a singles match.

Maguire was the star of the show as Europe retained the Solheim Cup with a 15-13 win over USA in Ohio. The Cavan native finished the tournament with 4.5 points, remaining undefeated in what was her first Solheim Cup appearance.

Leona's father, Declan Maguire, appeared on Tuesday morning's OTBAM to discuss his daughter's break-out performance but admitted that, despite impressively defeating Jennifer Kupcho in singles competition on the final day, it was Korda who she wanted to challenge. 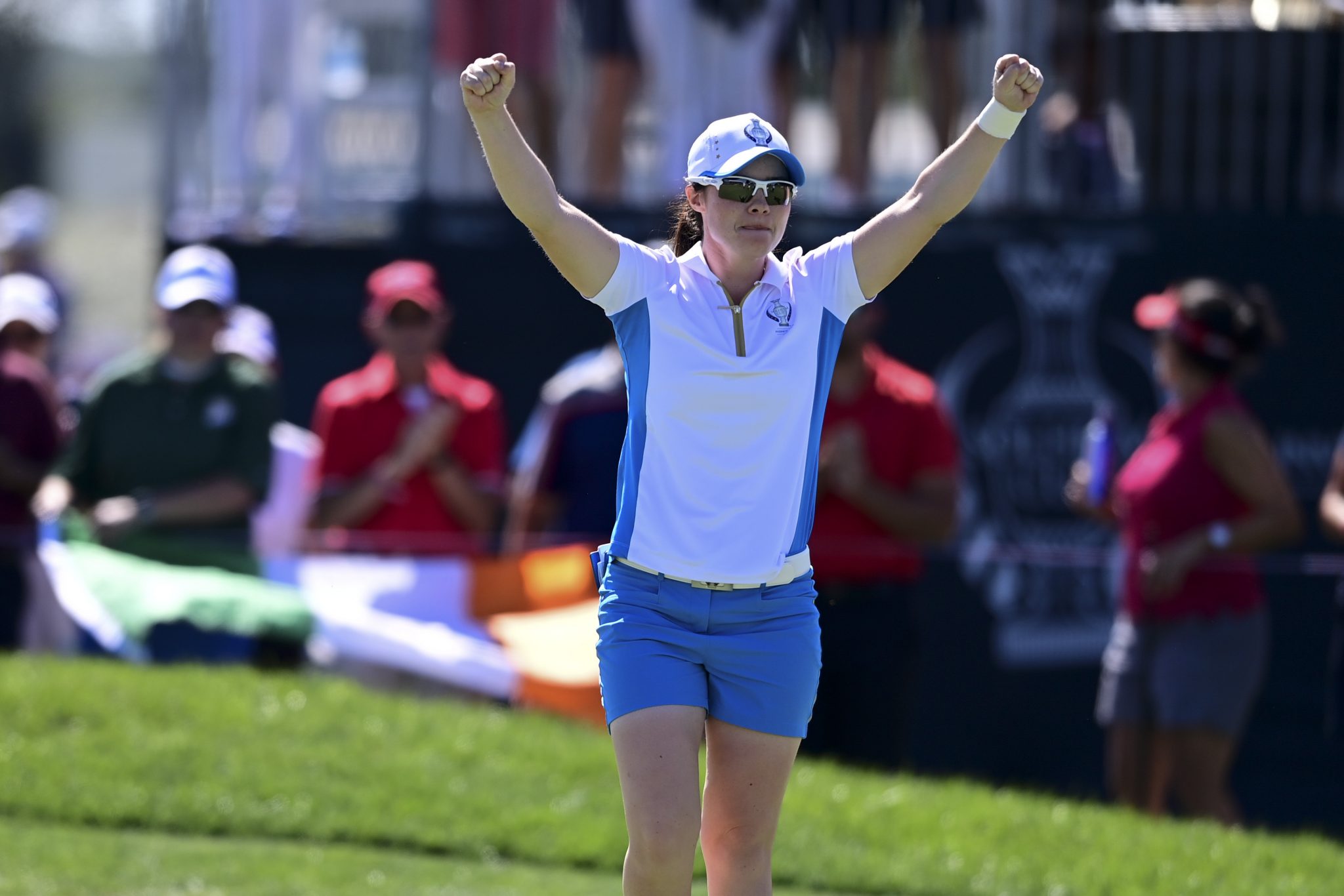 "She was on a high," began Maguire, of his daughter's Solheim Cup display.

"The night before, I'll be honest, she was a little bit disappointed when the draw was made because she had hoped to get Nelly Korda.

"She maybe felt that that tournament earlier on where they went head to head, that she just maybe left it behind her and she wanted, not just a foursomes or a fourball, she wanted a head to head with Nelly.

"Jennifer Kupcho is a brilliant player though, with a brilliant amateur career, she couldn't have asked for a better match and she was up for it, she wasn't going to give away that point easily. "

The 26-year-old has been lauded for her heroics in Ohio, which saw Europe clinch their 17th Solheim Cup, with Declan Maguire also highlighting the influence Paul McGinley's advice had on her ahead of the tournament.

"It would be remiss of me not to mention Paul McGinley. Leona had a very good phonecall here a day or two before she left to go back to America for the Solheim from Paul McGinley and the advice he gave her was second to none.

"Having his experience as a Ryder Cup captain and vice-captain, basically everything he said to her came true. How she'd react to the crowd, partners, how to react if things didn't go her way.

"I have to thank Paul and I'm sure Leona will be the first to say that as well, his advice was second to none. It really hit the nail on the head, everything in that conversation and I can guarantee you she went back to that after every round this week, Paul's advice was in the back of her head."