Europe went down by four games to two after the opening day, losing the morning session's foursomes by three to one, while halving two of Friday afternoon's four-balls and doing down in the other two.

Rory McIlroy and Shane Lowry in particular were disappointing for Europe on Friday afternoon, as the Irish pair were beaten by four, not even needing to play the final three holes.

Padraig Harrington explains his foursomes line-up for #TeamEurope and why he left out Rory McIlroy. pic.twitter.com/cd7PPkV0p2

Speaking to Sky Sports at the start of the Saturday morning session, Harrington expressed his lack of panic being down by for after the first day.

"There are 20 points left, we are four points down," Harrington said. "They don't need to win it all in one session, they just need to eat back into that lead.

"It would be nice if we could go and win this session and follow it up with the next session. Even if it is a point, it can't be half a point, but if it is a point sort of game, that is all we need.

"We need to be there or thereabouts tomorrow. There are a lot of points to play for." 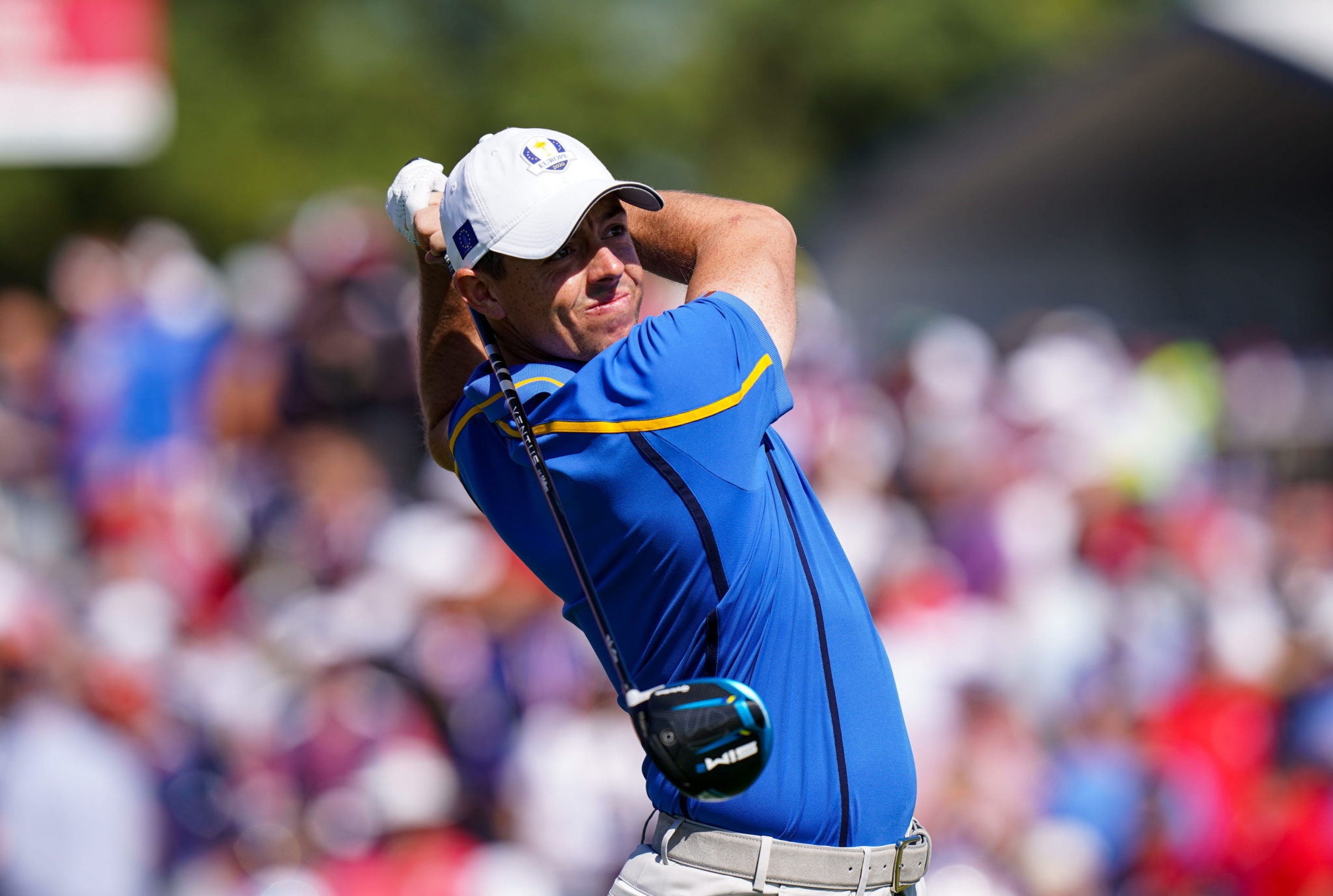 While many would have hoped to see either McIlroy or Tommy Fleetwood, who was one of the shining lights for a struggling European team, Harrington explained resting the pair for Saturday's matches.

"Clearly we have a lot of players playing very well," Harrington said. "Very solid players, and I am very happy with the praetorships we have put up today.

"Rory, we need him for the singles. Pushing him out this morning and making him play five games, that would be an awful lot. You are going to see it this afternoon.

"Risking getting him back on the golf course, tiring him out with that singles [coming up], if we are going to win tomorrow we are going to need a big day, so we have to keep that in mind.

"Looking at all the pairings, Tommy [Fleetwood] did very well, it just suited nicely that he would play in the four-ball in the afternoon rather than necessarily playing both today."