There was a rare moment of consensus on Golf Weekly last week.

Whoever would win the US Open that weekend, everyone could agree that the Winged Foot course, with its long rough, definitely wouldn't suit a long-hitter like Bryson DeChambeau.

And so, with minimal debate, DeChambeau was ruled out of serious contention in favour of discussion on Jon Rahm, Dustin Johnson and Patrick Reed.

Such is the nature of golf though, just 96 hours later DeChambeau had secured his first major win. The American comfortably finished six shots clear of Matthew Wolff, his closest challenger on Sunday.

Returning on Thursday to review proceedings at Winged Foot, the podcast considered whether DeChambeau could establish himself as a long-term contender for golf's biggest prizes.

Joe Molloy put across his view that the 27-year-old simply had a "hot week", an occurrence that could happen to many players on a given week. I don't think he's a potential five-time major winner, he added.

"He overpowered a course that destroyed every other player. There have to be reasons for that that are just beyond he's on a hot streak," Fionn Davenport queried in response.

"I firmly believe – and okay, we are only looking from the outside in – that his whole attitude is one million percent golf," Lawrie began.

"Everything around his game, he is doing it 110 percent. Padraig Harrington did it at the start of his career, he won three majors," Lawrie added, comparing DeChambeau to the Dublin golfer.

"His whole attitude is one million per cent golf... Padraig Harrington did it at the start of his career – nothing else mattered!"@pelawrie reflects on Bryson DeChambeau's first major and how he may be golf's most dedicated player right now⛳️ | @GolfWeeklyOTB @NowTVIreland pic.twitter.com/GmgGfoPaPd

While DeChambeau is famed for being a big hitter and his attention to the science of golf, Lawrie contended that the American's short game and reads were also exceptional.

"He didn't make the huge mistakes of going massively long or massively short, he read the lie better than anybody."

The first to admit he loves experimenting with his game, DeChambeau has fitted outsize grips on to his clubs, wired an electroencephalogram sensor to his brain to test his stress responses off the course, and adopted a diet and gym regimen that’s added 20lbs of muscle in a matter of months.

It's a testament, Lawrie argued, to his commitment to improving.

"I don't think there is a golfer out there – at this moment in time – that is putting as much into his game as Bryson DeChambeau, and, hence, he won. 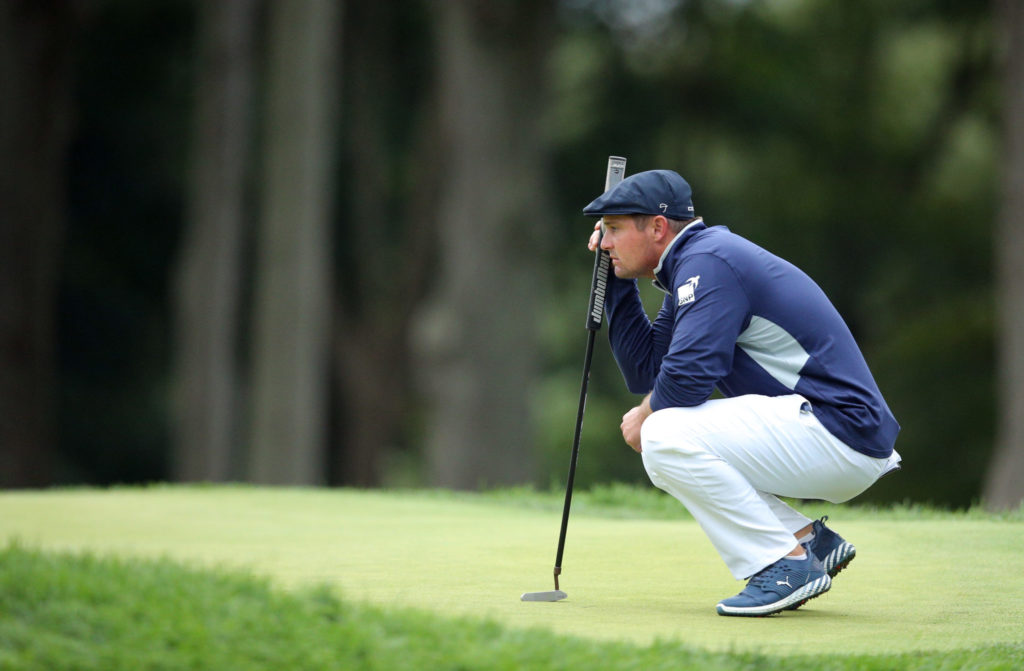 "I think if everybody else was to sit back and look in the mirror and say, 'does golf mean that much to me?' They'll have to come up with that, 'it actually doesn't because I am not putting the same effort in.'

"Effort equals results, and that is where Bryson is at this moment in time."

DeChambeau at The Masters

The tenacity to add to his game and utilise every minor advantage possible means he can't be ruled out of contending at The Masters in seven weeks' time, Lawrie added.

"Bryson could go to Augusta and he'll get close to a couple of par 4s, he'll totally disrespect the par 5s. He could hit 9 iron into at least two of them so it's all about his putting and his putting has been sensational.

"His short game has been sensational. For example, the chip shot he hit on 18. I know he was already going to win the tournament, but he got it up and down when other people like Tiger [Woods] took six there on Friday.