Donegal narrowly edged Derry by a single point in a thrilling affair in Ballybofey and Declan Bon...

Donegal narrowly edged Derry by a single point in a thrilling affair in Ballybofey and Declan Bonner admits he was 'worried' at times during the Ulster Championship clash.

"You are always worried. It was a tough, tough day to be quite honest," Bonner said to Aisling O'Reilly at the end of the game.

"It was a real Ulster Championship affair. We knew it was always going to be tough. We knew Derry were coming in as the real form side and they were very impressive during their National League campaign.

"They gave us a huge 75/76 minutes out there but we are just delighted to get over the line and we look forward to the semi-final." 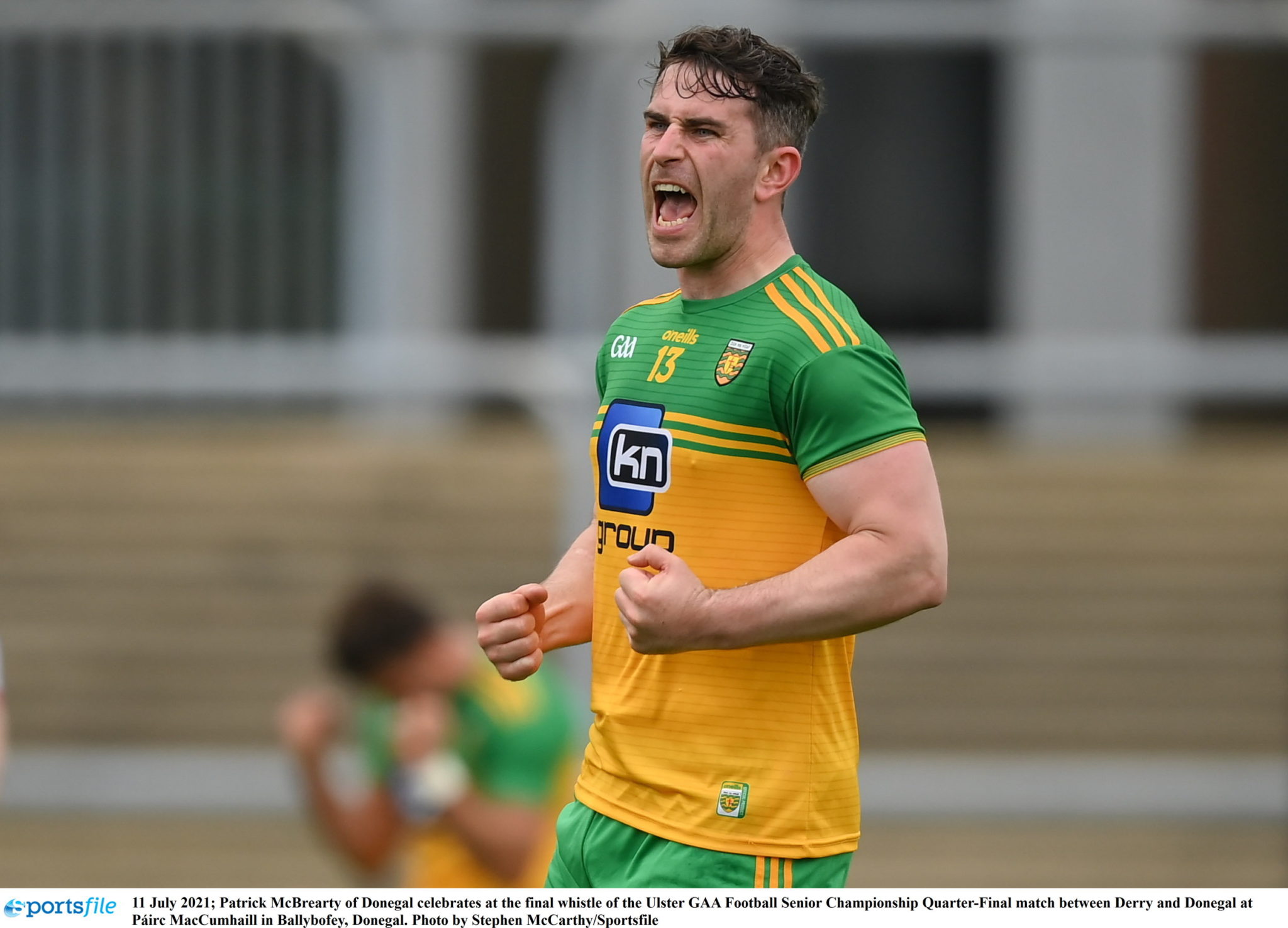 Donegal struggled in the opening half and they were forced to come from behind after a slow start.

"I felt in the first half when Derry went four points ahead, we did not start very well and made a number of unforced errors. The period just before halftime, we kicked a number of scores and we were just getting back into it."

Another fast start for Derry at the beginning of the second half left Donegal with work to do.

They did manage to claw themselves back into the game. Bonner praised his players, who showed real character to close the gap.

"In the second half, again Derry went ahead but I think the lads showed great character and the likes of Niall O'Donnell kicked some brilliant scores.

"Derry asked us plenty of questions. There is no doubt about that. We did speak about that when we left the team hotel. We knew this game would down to the wire." 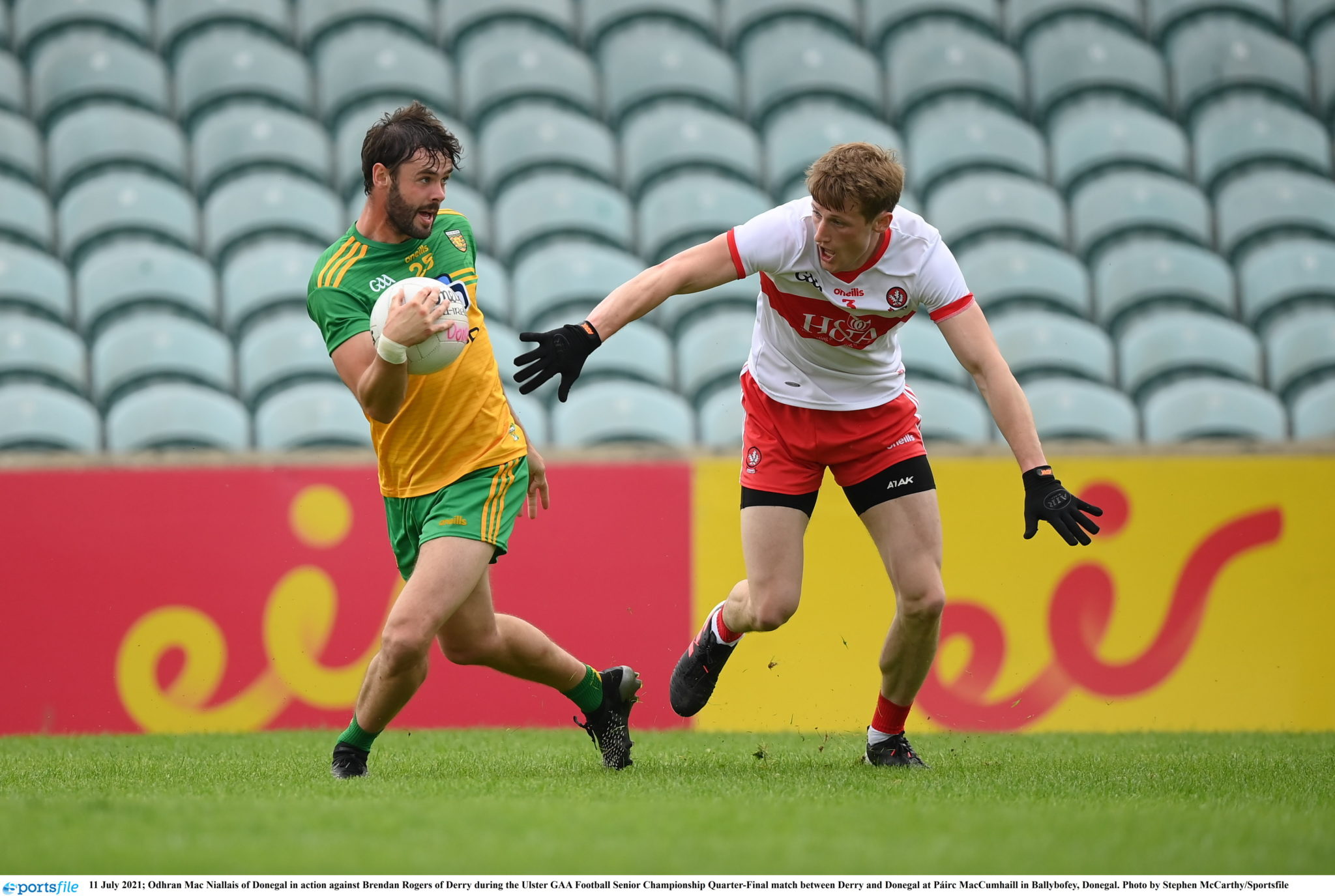 Derry manager, Rory Gallagher was disappointed, but like Bonner, was gracious in his post-match analysis.

"It is just not a nice place to be when you come out on the [losing] end of a result like that. Unfortunately, to win games against the big teams you have got to be four or five points better [off] to get over the line.

"Credit to Donegal, they got over it and we have to suck it up." 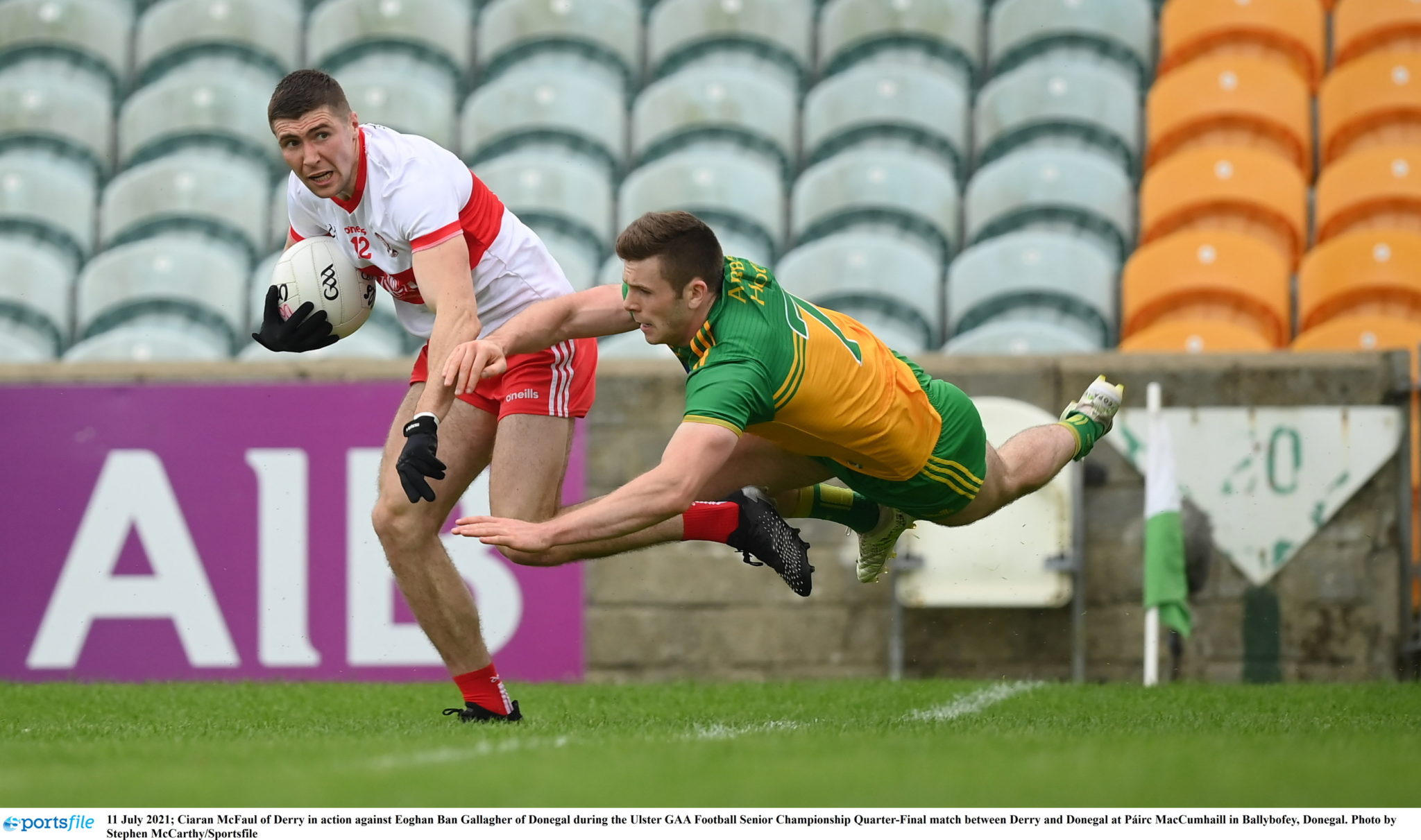 Gallagher gave his players credit for putting it up to the Division 1 side.

"We knew we were not too far off Donegal, despite not being at their level in Division 1. Division 3 is not the place that we want to be. We got out of it, thank god.

"It is rotten to be out at this stage but we got promoted, which we had to do. We would have loved to play another load of games.

"We knew the lay of the land, that there is no back door. Everything had to go into today. It did, but we were just not good enough."