While respecting him immensely as a player, Kieran Donaghy found the performance of Shane Walsh against Mayo 'frustrating'.

Donaghy joined OTB AM to discuss Galway's performance in their defeat to Mayo in the Connacht final - where, Donaghy believes, Walsh was guilty of sloppy play.

"Shane Walsh is frustrating to watch," Donaghy said of the Kilkerrin-Clonberne player.

"He is beautiful to watch, he was brilliant to watch. But Jesus, he was frustrating in the first half.

"For a fella that is that good - and, let's call a spade a spade, he is this good - he is probably one of the best players in Ireland,

"You can't go out in the first half and give the ball away six times when you are the captain of the team and the best player.

"Is it a lack of focus? I don't know what it was, but looking at some his turnovers yesterday - at this level, you just can't be at that kind of stuff. It is too important." 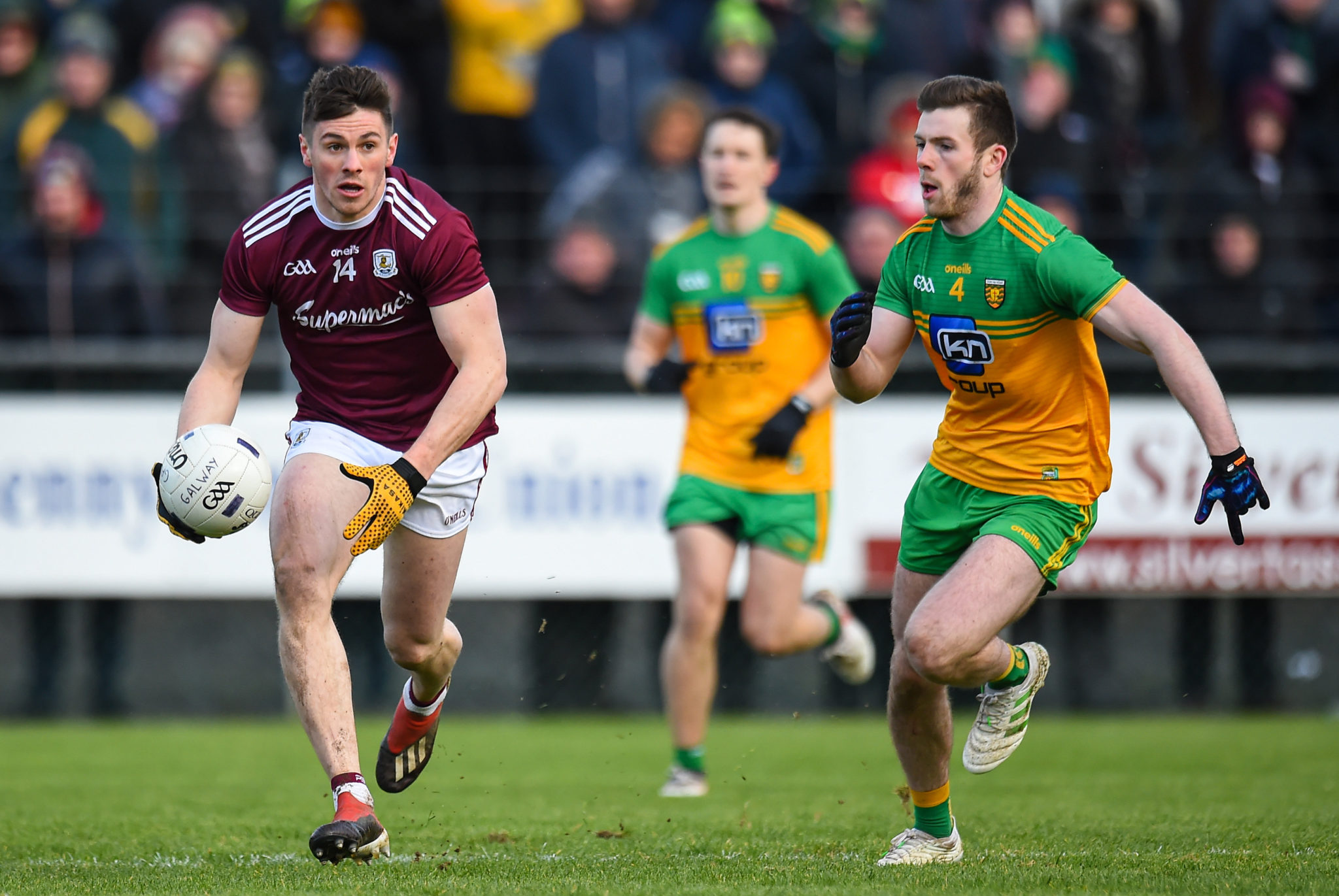 9 February 2020; Shane Walsh of Galway in action against Eoghan Ban Gallagher of Donegal during the Allianz Football League Division 1 Round 3 match between Donegal and Galway at O'Donnell Park in Letterkenny, Donegal. Photo by Oliver McVeigh/Sportsfile

Donaghy believes that while Walsh is a brilliant player, he needs to show it more regularly.

"You see how brilliant he is but when you are that brilliant, you have to get that consistency and I think that is the issue with Shane Walsh, he isn't consistent enough.

"He is an absolute baller of the highest order; two-footed, so quick, such an athletic player, a real leader and captain of the time.

"But the six turnovers in the first half - I would say Padraig Joyce is scratching his head when you look at how good he was in periods of the game."

"You mightn't be doing all the soloing, the dummy soloing and kicking it over with your right and left from 40 yards all day, but you have to be dynamic.

"[Walsh] can't be giving the ball away; you have to mind it, you have to know your role in the team.

"You're full-forward, playing into the breeze early in the Connacht final, getting on ball and just sloppily kicking it away."

Donaghy reflected on Padraig Joyce's frustration in light of the performance of Shane Walsh and other key men.

"Joycey, even though he'll be very disappointed this morning, he'll have found a few guys and will demand more of his better players next year.

"You can sense his frustration."